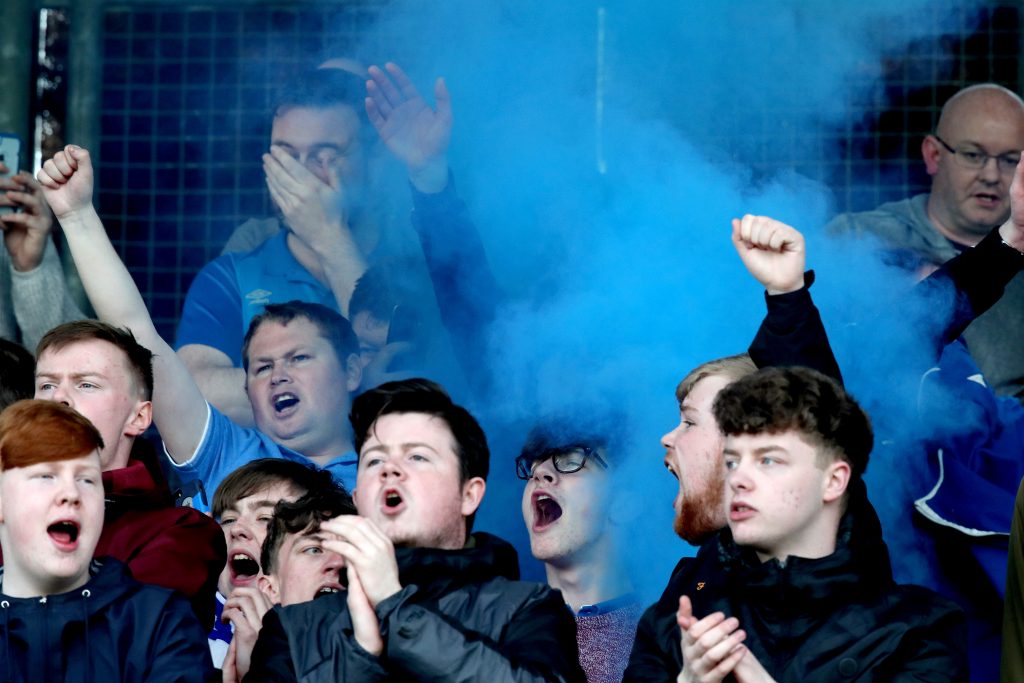 Blues’ fans dream of seeing their team play in Europe this season seem to have been dashed tonight. Photo: Inpho.

There is very bad news emerging for Waterford FC and its fans tonight with a statement from the FAI stating that the Blues will not be granted a UEFA Licence for this season, meaning they will be unable to take their place in this season’s Europa League, which they were due to do, having finish fourth in last season’s Airtricity League Premier Division.

Speculation began to mount yesterday with confirmation from the FAI that they had received a letter from St. Patrick’s Athletic, who finished a place behind the Blues in fifth last season but tonight the worst fears of all Blues fans were confirmed with the following statement from the FAI.

“The Football Association of Ireland can confirm it has received notification from UEFA’s Licensing Department that Waterford FC’s exception request has been rejected on the non-fulfilment of the three-year rule as defined in the UEFA Club Licensing and Financial Fair Play Regulations.

“UEFA has informed the FAI that, following the Club Financial Control Body-Investigatory Chamber decision in this case, Waterford FC may not apply for a UEFA licence for the UEFA Club Competitions for the season 2019/20.”

This is a devastating blow to the club, Alan Reynolds, the players, the fans and the whole city and county of Waterford who were all looking forward to the Blues playing in Europe this July for the first time since 1986.

The Waterford News & Star understands that the club has no right to appeal and this decision is final.

St. Patrick’s Athletic will now take Waterford FC’s place, if their application for a UEFA licence is accepted.

We also understand that Waterford FC owner, Lee Power, arrived in Waterford this afternoon and will be making a statement about this decision and what it means for the future of the club in the coming days.

Waterford FC take on Munster rivals Cork City in the Premier Division tomorrow night at the RSC. Kick-off at 7.45pm.