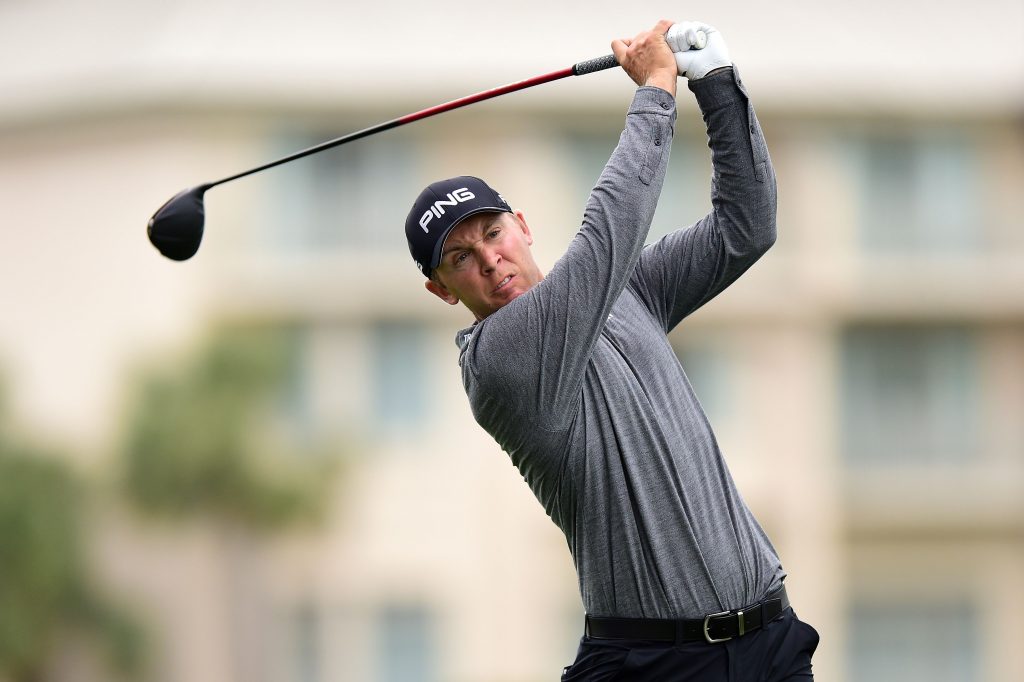 Seamus Power in action over the weekend at the 2019 RBC Heritage at Harbour Town Golf Links, where he collected his second highest ever finish on the PGA Tour. Photo: Getty Images.

It was a wonderful weekend on the PGA Tour for Touraneena’s Seamus Power as his tied for sixth place at the RBC Heritage in South Carolina, his second highest ever finish on the Tour as he finished on -9 after rounds of 68, 72, 68 and 67.
His excellent closing round of 67 saw him shoot up the leaderboard on Sunday and at one stage on the final day he was just one off the lead.
In the end he had to settle for a tie for sixth, behind first time PGA winner, CT Pan, with fellow Irishman, Offaly’s Shane Lowry, in a tie for third.
This will be a great boost for the West Waterford GC golfer as this top ten saw him climb from 189th to 141st in the Fedex Cup standings, with the top 125 retaining their cards for the 2019/20 season.
He’s also up to 129th on the money list with seasonal earnings of $377,051.
It’s been a difficult season for Seamus who has missed 11 cuts in his 16 starts. But in recent weeks he’s shown better form and hopefully now this great finish will propel him on the a great remainder of the season.
He’s back in action this week at the Zurich Classic at TPC in Louisiana. Unusually this is a team event and Seamus will take to the course with Canadian, David Hearn.