A YEAR ago to the day (April 23, 2018), Waterford Airport Chairman Dan Browne submitted an application for funding to the Department of Transport, Tourism and Sport, writes Darren Skelton. Mr Browne said that the Board had undertaken a “robust analysis” of the future of the airport and were of the view that “future sustainability can only be guaranteed through the extension of the runway to over 2,200 metres in length, thereby opening up the airport business to standard passenger jet carriers.”

Mr Browne declared that there was a commitment to investment “to the extent of €5 million by private investors” as well as a commitment by the local authorities of Waterford, Kilkenny and Wexford to make available €2 million in financial contribution”. He then asked that the Department match the private funding “to the extent of €5m”, that the Airport be given an assurance that it can “access continuing supports from national funds committed to Regional Airports in its infancy years as a new entity in particular”.

Mr Browne urged a decision as early as possible on the matter.

“It is imperative that we reach on substantial scheduled services in 2019 and to do so processes have to commence within weeks,” Mr Browne stated in the letter. “Our private investors view this as an imperative and the investment will not be available unless we are in a position to move ahead at pace and achieve a runway extension by early to mid-2019.”

A year on, and the latest update that has been received by the Department of Transport is that a decision will be made “before the end of July”. Speaking last Friday, Fianna Fail TD Mary Butler said that she had met with Minster Shane Ross who confirmed that no decision would be made before then.

“The situation at Waterford airport has been allowed to languish for too long, however, I am glad that there appears to be some movement, following pressure from myself and other colleagues,” Deputy Butler said. “Minister Ross was hugely complimentary about the Board of the Airport and CEO Michael Walsh, paying tribute to their work to date,” she said.

“It’s becoming clear to all now that this decision is being slowed down deliberately,” Cllr Mulligan said. “Waterford’s growth was highlighted as a priority in the National Planning Framework, and the airport plays an integral role in that. How Minister Halligan is putting up with this indecision from his personal friend Minister Ross is beyond me. The airport stressed at the time of the funding request that it was urgent and that time was of the essence, and yet here we are, being forced to listen to yet more ‘announcement imminent’ messages. You have to wonder what Waterford has to be put through before our Government representatives say that enough is enough.” 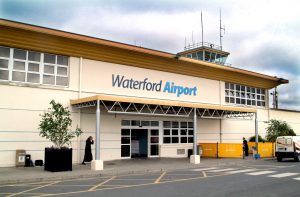