“Bodies on trolleys” – The Full Story 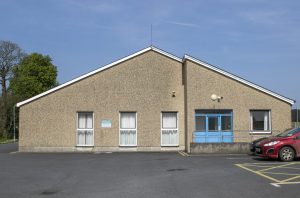 EARLIER this year, a reliable source within the Health Service Executive (HSE) informed the Waterford News & Star about a letter that had been sent to the CEO of the South/South West Hospital Group, Mr Gerry O’Dwyer by four pathologists at University Hospital Waterford.

The letter, we were told, was damning and criticised the HSE for its delays in building a new mortuary at the hospital. Immediately, the Waterford News & Star issued a Freedom of Information request to the South/South West Hospital Group to obtain a copy of the letter.

A month later, a reply was issued stating that they were denying our request for two reasons – (i) the letter contains matter relating to the deliberative process of the HSE in relation to the upgrade of the mortuary at UHW. The decision maker, Annette Dennehy of the HSE, said that “release of these records at this time may hamper the HSE in this process”. She also stated that (i) granting the request would be contrary to public interest.

It is worth noting that this project has been in the pipeline since 2004. It was given Capital Steering Group approval back in 2013, but as of 2019, it had only reached stage 3 of a nine-stage process, which doesn’t instil much confidence of a timely delivery of UHW’s second cath lab.

A parliamentary question by Sinn Fein TD David Cullinane dated April 2, 2019, sought answers from Minister for Health Simon Harris about the current status of the mortuary project. A reply, issued by UHW manager Grace Rothwell, stated that planning permission for the project – costed at €5.6m – was submitted in October 2015. As each planning permission in Ireland lasts five years, that gives the HSE until October 2020 to begin construction. According to Ms Rothwell, so far they have only completed design and tender cost checks and “approval is now required to commence contractor pre-qualification stage and to proceed to tender (stage 3).”

With the HSE refusing to issue the letter, urgent pleas were issued on behalf of the Waterford News & Star to its contacts in the HSE. A week later, the letter arrived anonymously. It states that the risks resulting from the current facility infrastructure were “extreme” and impacted “the deceased, the bereaved, the staff, public and the HSE”.

The information outlined in the letter is extremely sensitive and may be upsetting to some. However, it is the belief of the Waterford News & Star that it is absolutely in the public’s interest. It states that due to inadequate body storage and refrigeration facilities, “most bodies lie on trolleys in corridors, often leaking body fluids onto the floor”. Bodies decompose in the corridors leading to closed coffin funerals with relatives unable to view the remains as a result of gaseous decomposition. The letter states that the “trauma imposed on the bereaved is almost unspeakable”.

“The cramped facilities expose the public to the noises and odours of a working post-mortem room when visiting the public areas of the mortuary for identification/viewing purposes and funerals,” it states.

“The current facility is an unsafe working environment. Staff are exposed on a daily basis to significant biological (infection) and chemical risks. This risk impacts not only HSE staff but also staff members of the Dept. of Justice & Equality (Gardaí, State Pathologists) and external providers (undertakers and embalmers).”

The letter also highlights the risk to the public. A HSE building’s condition report undertaken in 2012 outlined the risk to the general public as a result of “unfiltered air being released into the environment from the working areas with obvious infection/contamination risks.”

The letter states that it is “only a matter of time before a high profile case will result in widespread adverse publicity and reputational damage” and that the HSE is “fortunate that these events have not yet reached the public domain”.

The letter concludes by stating that it is the opinion of the four consultants that it is “untenable for the HSE and the South/South West Hospital Group to expect its staff to continue to work in such unsafe conditions and to continue to treat the deceased and bereaved with such a blatant lack of dignity”.

They request the hospital group to progress the Capital development immediately and as a “matter of urgency”. That letter was sent on October 18, and as revealed in the parliamentary question above, the project has had no movement since 2016.

“The mortuary at University Hospital Waterford is unfit for purpose and is posing considerable risks to staff and the general public due to unfiltered air being released into the environment,” Deputy Cullinane said. “I raised the need for significant capital investment in upgrading the mortuary at a recent meeting with the CEO of the SSWHG and UHW management. It is vital the capital funding for this project proceeds as quickly as possible. I am calling on hospital management to clearly outline the risks to their staff, bereaved families and the general public due to the current unfit state of the facility.”