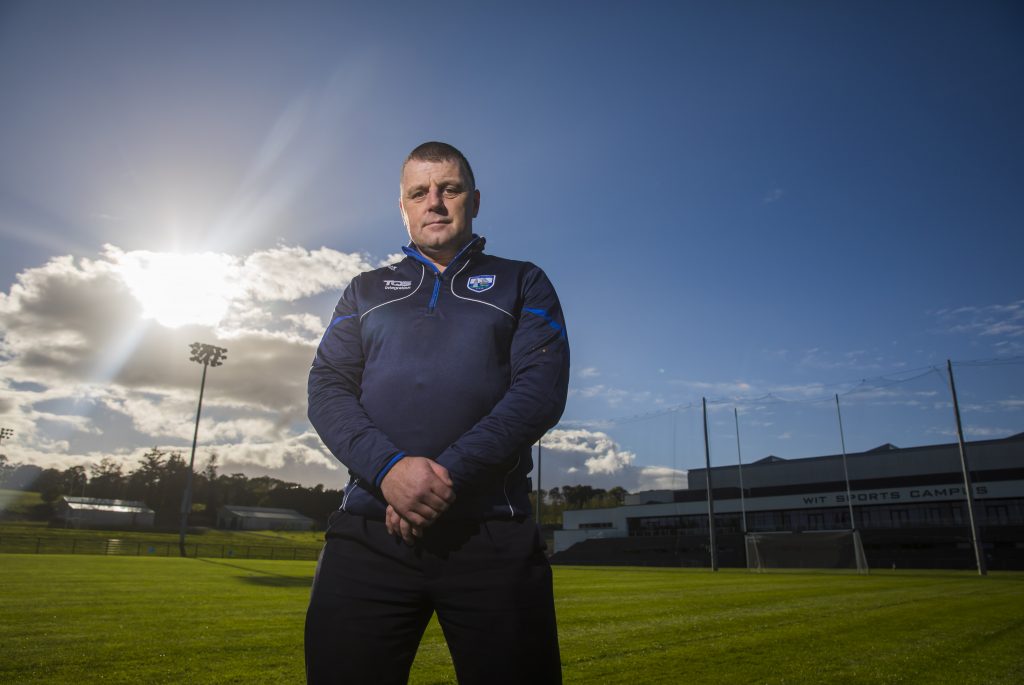 Since he took the job Paraic Fanning has always said that he wanted his team to play their home matches in Waterford this year. On Sunday they take on Clare in Walsh Park and he can’t wait. Photo: Patrick Browne.

Paraic Fanning stated from day one in this job that he wanted championship games back in Walsh Park. He maintained that stance until the green light was given at the end of February.
“Was it a priority? I thought it was essential. The main priority was getting the preparations of the team right and getting the team ready. In fairness, the county board rowed in heavily behind that and they did most of the ground work as regards getting the games to Walsh Park. My job is to prepare the team. I expressed my wish alright to play in Walsh Park and that of the team, we all did. The games are here now and that’s all that matters.”

CHANCES INCREASED
Two Munster matches in Walsh Park increases their chances of progressing in Fanning’s opinion even though the attendance will be smaller than other provincial grounds. The capacity has been set at 11,046. “It is going to be very difficult for supporters but we have to look at it from the point of view of players. You have a short career that could be only three or four years and you need to have the same chance as every other county player. The only way we can get that is to have two home games. We have a small stadium which means that not everybody will get to the game. It does mean we have the same chance as everybody else to get through Munster. That’s hugely important, particularly for the players.”
He hopes that alternative arrangements, like big screens, can be put in place across the county to cater for supporters who miss out on those golden tickets. The game will be broadcast live on RTÉ as part of a Munster double header. “I’d love it if we had a massive stadium where everybody could get there. We all have a desire for that. The Waterford supporters have always been brilliant; I know we’ll throng the place, we’ll get in as many as we can. I hope that around the city, around the county and in public places that we can try and find some way for people to see the game. I don’t know about that, it’s not something that I can control. I can only prepare the team. We can only do that and hope that everything else is put in place to leave as many people as possible see the game. Let’s look forward to having championship hurling in Waterford. That’s a positive. We can’t be negative; we can’t build a stadium overnight. We have to be positive now.”

ONE OF THE BEST SURFACES
The pitch has received some negative publicity in the past but Fanning now regards it as one of the best surfaces in the country. “I tell you the day that we played Galway in that bad weather and the day we played Clare that pitch was in super condition. That’s a credit to the lads up there. I was up there the other day and it looks really well. It’s our surface and our soil so that will do us!”