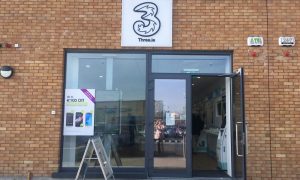 THE 3 Store in Ardkeen became the second business in Waterford to be broken into and ransacked this week.

At 1.20am this morning Gardaí received a report of a burglary at the store. Members responded to the scene. Gardaí observed the front door of the shop was open. The roller shutter door was forced up. The shop was ransacked and a hole was burst open into the wall inside the shop. It is unknown exactly what was taken as of yet.

Gardaí are seeking witnesses or information from anyone who may have noticed anything suspicious in the area around the time of the incident.

Young woman charged after discovery of baby’s remains at Caredoc

No TD for west Waterford