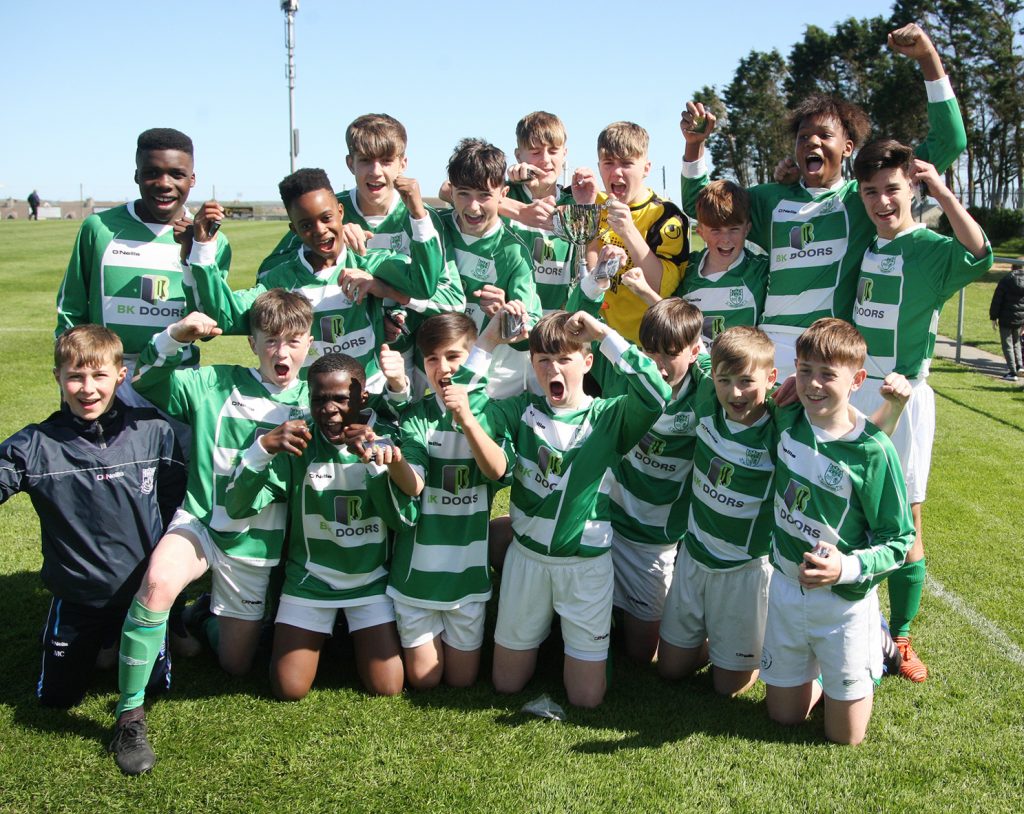 The Villa squad celebrate their win over Gorey Rangers in the SFAI U-14 Regional Cup Final at Graun Park on Saturday last. At a special delegate meeting at the Woodlands Hotel last night (Wednesday) the clubs of the WSFL rejected a move to summer soccer.

It was expected that the WSFL would make the move to the calendar season, but the decision of both the DDSL and the NDSL to revert back after a two-year trial period has had a big impact on the decision.

The vote saw 15 clubs reject the move with only two club voting for it which is now a clear mandate from the clubs on how they want football in Waterford going forward.

The WSFL will now inform the SFAI executive of this decision.

It’s now understood that the Waterford Junior League club’s, who recently voted in favour of a move to summer soccer, will revert back over the coming weeks.

We will have more on this story in next Tuesday’s Waterford Sport in the Waterford News & Star.