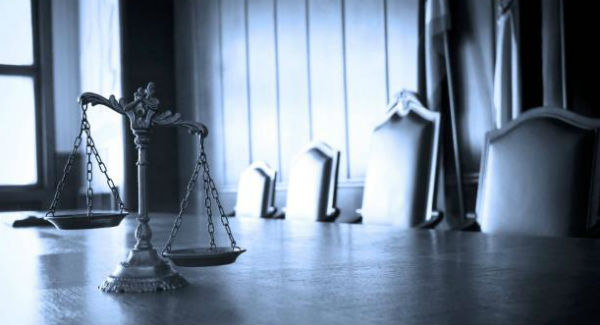 Almost €1.74 million has been paid out from the court poor box to various charities in 2018, according to figures released by the Courts Service.

The sum is made up of contributions, mainly in District Courts, from individual offenders in mitigation or in lieu of conviction.

The hundreds of charities to benefit at the direction of individual judges ranged from cancer support organisations to local branches of St Vincent de Paul and sports organisation. Some of the largest donations have been to international charities. Unnamed individuals also benefited.

The €1,736,538.08 box figure does not include practices in some courts whereby judges direct individuals themselves to make payments directly to named charities.

Almost 20 years ago the Law Reform Commission recommended the scrapping of the poor box system and its replacement with a more transparent auditing system with monies to go to victims of crime. Controversy has persisted over the diverse application of the poor box or where the money should go.

In 2015 and again in 2017 over €2m was distributed to charities via the poor box system. Since 2014 over €9m has been paid in by offenders and distributed.

The Criminal Justice (Community Sanctions) Bill promised early last year to abolish the court poor box. The Department of Justice said that is in train – it was taking some time to draft because of the considerable changes involved in modernising the legislation for community sanctions.

The new statutory “Reparation Fund” to replace it will be more centralised and transparent with a greater role for the probation service and community service.

The court poor box has been used extensively in District 17, Kerry. Tralee court office representing contributions from the district courts in Killarney, Tralee, Dingle, Kenmare, Cahersiveen and Listowel traditionally accounts for the greatest single share of the overall figure donated each year.

In contrast, for example, Clare’s Ennis office total contribution towards six charities, mainly local, in 2018 was €3,750.

The bulk of the money from Tralee goes overseas. The Society of African Missions was last year assigned €116,200, followed by Sightsavers International with €60,000 and €50,000 to the Christian Blind Mission. In contrast, the local Kerry Rape & Sexual Abuse Centre, which has consistently called for a greater share again received just €250.

Five contributions ranging from 100 euro to 10,000 euro were made to unnamed individuals from the court poor box in Kerry.

A chorus of calls has arisen in recent years in Kerry, co-inciding with the revelation of the figures, to reserve the poor box money for local charities and causes, instead of sending it out of the country. Two years ago the council wrote to then Judge James O’Connor seeking a meeting on the matter, after a motion by Fianna Fail councillor Niall Kelleher.

2019 figures will see “change” in the application of the poor box in Kerry according to Killarney solicitor Padraig O’Connell who works throughout the district.

Judge David Waters who is the presiding judge now in District 17 directs first time offenders to contribute to the Garda Benevolent fund in the case of public order offences and to the Cuan Mhuire addiction charity in the case of drugs and drink offences.