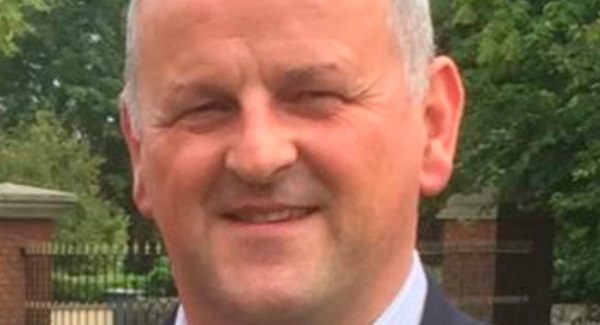 The brother of injured Liverpool Sean Cox has said he is “disappointed” by social media videos that appear to show Manchester City employees singing songs about fans being “battered on the streets”.

Sean (53) was left with catastrophic head injuries after he was attacked by Roma fan Simone Mastrelli before the Champions League semi-final in April 2018. Mastrelli was sentenced to three-and-a-half years in prison for the attack in February of this year.

Yesterday, a video began to circulate on social media appearing to show employees of Manchester City singing a chant with lyrics referencing Liverpool supporters “crying in the stands” and getting “battered on the streets”. There is also a reference to the fans being “victims of it all”.

It prompted complaints from Liverpool fans and supporters groups that the song was in reference to Sean Cox or the Hillsborough disaster.

A statement from Manchester City denies this.

“Any suggestion that the lyrics relate to Sean Cox or the Hillsborough tragedy is entirely without foundation,” the club said in a statement.

Speaking to Talksport, Mr Cox said: “My first reaction was I was very disappointed. It’s so close to home for ourselves with Sean, so we’re shocked now, to be honest with you. Any song like that, these players are media trained in this day and age and are role models for children.

I don’t understand why the first thing they want to do, right after they win the league title, is sing about Liverpool, first of all, and then actually sing about fans getting battered in the streets. Surely they know that the song is inappropriate.

He said: “He’s progressing, which is the most important thing. He’s still on a massive long road ahead, but he is progressing. Slowly but surely, he’s getting there. It’s baby steps at the moment but we’re on the right road.”