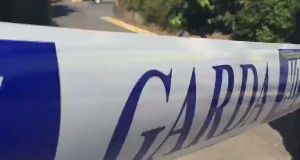 High Street in Kilkenny has been closed off this morning following the discovery of a suspicious device.

It is understood the package was reported to gardaí at about 6am after it was found in the Butterslip area, between High Street and Ciaran Street.

Gardaí have confirmed that army bomb disposal experts are on their way to the scene and that a “suspect device” is at the location.

Cordon tape has been placed around sections of High Street to prevent cars from moving in or out of the area affected.

The incident is likely to lead to serious traffic congestion in many parts of Kilkenny this morning.