Henry and St. Angela’s the Park stars for March

There was a rare occurrence at the Park Hotel Waterford Sports Star Award this week as the winners for March were honoured.
It has only happened one or twice in the history of these awards, that stretch back to 1991, but for March there was a three way joint award.

HENRY THE NINTH
First up is no stranger to the hotel, Knockeen horse trainer, Henry de Bromhead. When the curtain came down on the 2018/19 Irish National Hunt season recently, Henry was celebrating his best ever season as he saddled no less than 98 winners as well as a number of winners in Britain. Without doubt though the highlight of his season was the Cheltenham Festival as he saddled to winners. The first was A Plus Tard, who won the Close Brothers Novice’s Handicap Chase on the Tuesday and then on the Friday, Minella Indo won the Grade One Albert Bartlett Novice’s Hurdle. Both winners were ridden by Rachael Blackmore. This double brings his number of career winners at the famous Cheltenham Festival to seven. Henry, who was the Supreme Sports Star winner for 2017 was this month collecting his ninth monthly award, which means that he is the most successful horse racing winner in these awards and now third on
his own on the list of most successful monthly award winners, one behind Francis Connors in second and two behind John O’Shea who leads the way on 11. 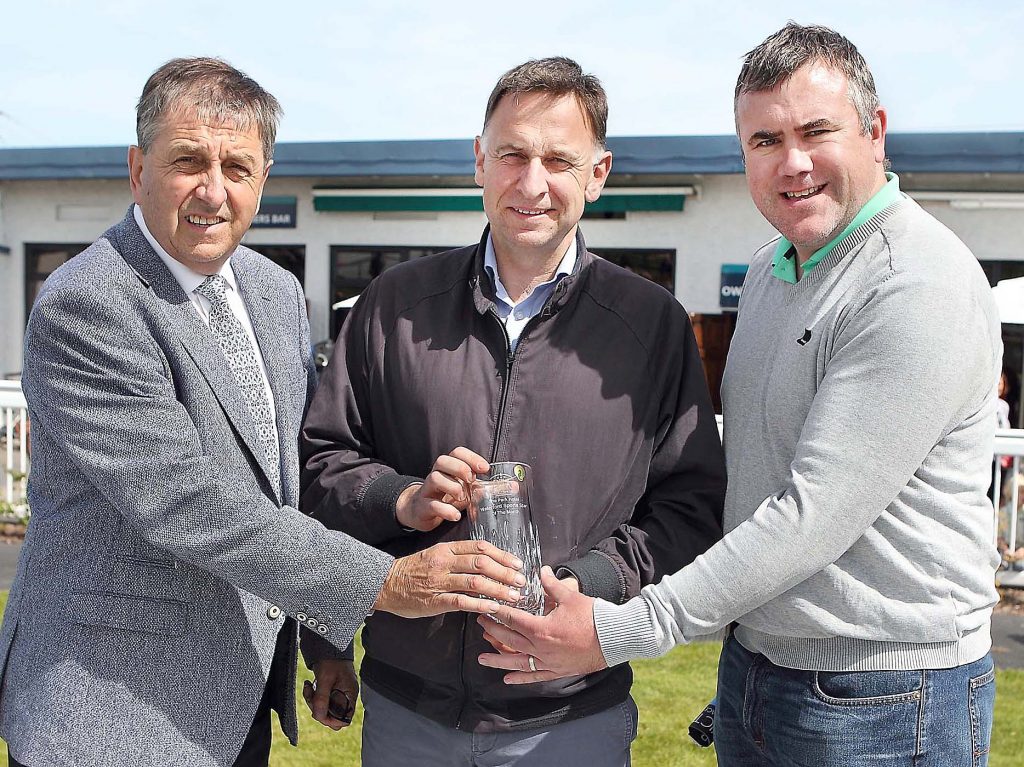 URSULINE ON A ROLL
The second of our joint award winners for March were the St. Angela’s Ursuline All-Ireland winning Senior Schools Cross Country team who took the National title in style at the Clongowes Wood College venue in County Kildare. The winning St. Angela’s team was: Tara Ramasawmy, Emma Caulfield, Anna Duffin, Anna Fanning, Aisling Lowe and Hannah Burke. Amazingly it was the second year in a row that this title came to Waterford as it was won by Waterpark College in 2018. Tara Ramasawmy collected the award on behalf of the team.
Thirdly, but by no means least, was Annie Fitzgerald representing the St. Angela’s Ursuline team that won the All-Ireland Senior A Colleges Camogie Final by defeating Cross & Passion of Antrim in the final in Ashbourne, County Meath after a replay. Annie, who also played in an All-Ireland final in March with her club Gailltír, was the star of the day by captaining the team and also picking up the Player of the Match Award after scoring a brilliant personal tally of 1-9, 1-5 from play. Amazingly it’s only four years since St. Angela’s first entered a team in a Post Primary competition for the first time and in that period they have climbed from losing their first Senior C match to All-Ireland Senior A Champions.
The awards were presented by Kieran O’Connor and Declan Moriarty in the presence of judges, Ger Lawton and Neil Gough and were attended by coaches and teachers and fellow pupils from St. Angela’s Ursuline. 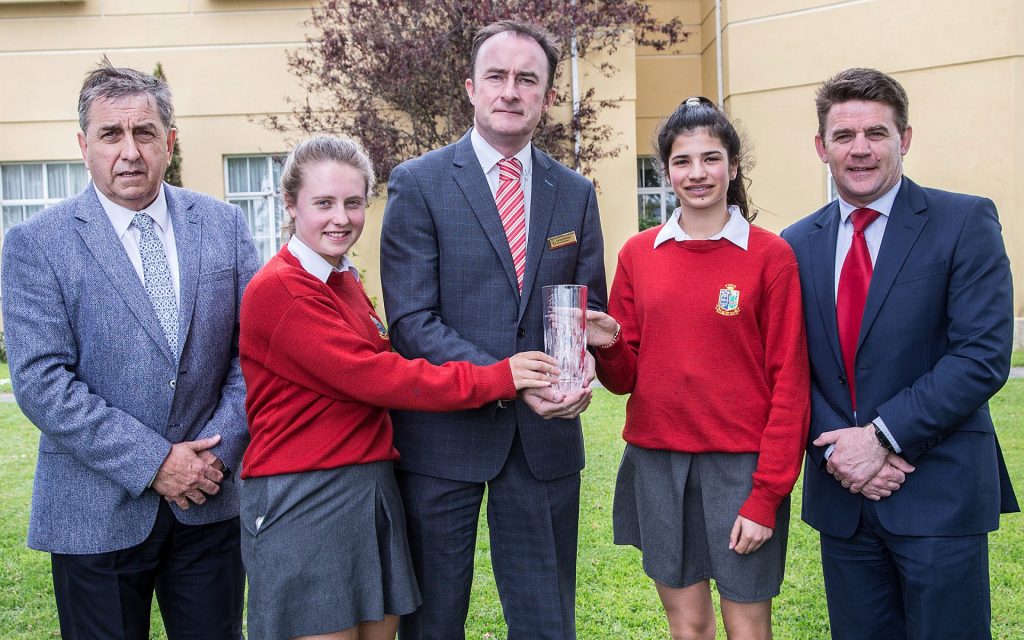