‘We have to pick ourselves up and fight for our lives’ 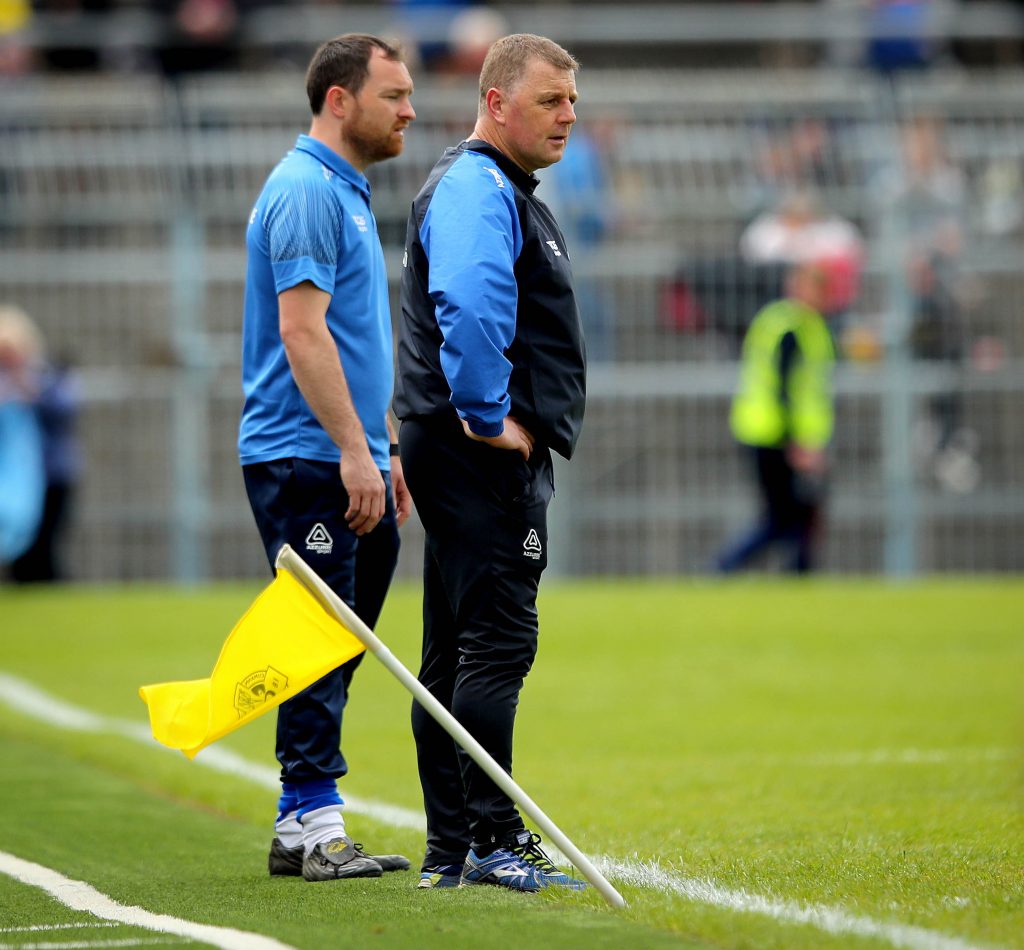 Two of Paraic Fanning’s toughest losses have been at the hands of Tipperary in the Munster championship.
He sat alongside Davy Fitzgerald as a Waterford selector in Páirc Uí Chaoimh in 2011. It finished 7-19 to 0-19 that day. Derek McGrath knows what it feels like too when those Tipp forwards are in full flow. 5-19 to 0-13 at the Gaelic Grounds in 2016. On this occasion, Fanning and Pa Kearney looked on helplessly, from the white box in front of the Old Stand, at what was unfolding in front of them. Three points down with 17 minutes to play, the 14 men had a fighting chance. Then came the Jason Forde goal, the Philip Mahony injury and the late deluge. Tipp outscored them 2-10 to 0-1 in a gruesome final quarter. It could have been worse as two Ronan Maher shots were ruled out by Hawkeye. By that stage, there was a mass exodus of Waterford supporters. They couldn’t bear to watch but the management had to.

‘A TOUGH DAY’
“It was a tough day,” Fanning admitted after picking through the wreckage with Kearney and James Murray outside the Déise dressing room. “It was kind of funny, actually, with 20 minutes to go we had dragged ourselves back into it and we had quite a lot of momentum, actually, and then it kind of petered out. I think our legs, maybe the extra man told a little bit, but we had a tough afternoon.”
With two losses and a score difference of minus 19, he accepted that they have a battle on their hands to salvage their season from here. “The lads are hurting inside as much as everybody is over the result. There’s two ways we can go, we can leave the season peter out or we can fight for our lives. I’d be very, very surprised if it’s anything other than fighting for our lives in Walsh Park when we play Limerick and when we play Cork. It’s all about trying to rescue our season now and see what happens with that. Did we go toe to toe with Tipp when we got back into the game? Yeah. It was only patches of that for us. When we play like that, we can match the best. We just need to do it on a more consistent basis for longer periods of the game.”
After Conor Gleeson’s dismissal, they had a reboot during the break and reinforced the game plan. “We just tried to get back to what we’d been working on. At the start of the game, we didn’t want to be putting high ball up on top of their half back line and we started well enough, we were getting Jack (Prendergast) and the lads on the ball, but then we started putting some ball on top of Padraic Maher. So, we just tried to get back to what we were doing, using the ball and pulling the boys out, and we got back into the game alright, yeah. But after that we know what happened.”

RIGHT IN IT
Waterford were 13-6 down after a half hour with a full complement of players. They got it down to 20-17 by the end of the third quarter. Fanning felt they were right in it. “There were only three points in it so of course we had chance, but we did put a lot of energy into getting back into the game at that stage. We were talking about how we’d use our bench going into the last twenty minutes, but three or four quick scores opened up that bit of daylight again.”
That Patrick Curran goal chance, where the sliotar took a speck of white paint off the line as it travelled all the way across, could have brought them even closer to the hosts. Fanning argued that Curran was tackled high immediately afterwards. “It doesn’t happen too often (ball rebounds out across goal) but after that he got caught fairly high as well. We’d lost a man and I’m not sure if he was in the penalty area, I couldn’t really see from where I was but he was definitely caught at that stage. I don’t know, but we’d lost a man as well.”

‘IT’S A BIT RAW’
Calum Lyons and Jack Prendergast were bright lights on their first championship starts but Fanning wasn’t too interested in dwelling on the positives after a defeat of this magnitude. “The lads played well. They did well. Right now, it’s a bit raw. We’ve to think back over the game and watch the video. It’s not a time now to dissect the game. I wouldn’t do it if we won and I’m not going to do it when we lost like that either. I need to go have a good look at it. The preparations for the championship, as I said to the lads inside, there’s not a whole lot we’d change about the way we prepared. We’ve had two bad defeats now, particularly this one, so we’ve to pick ourselves up.”