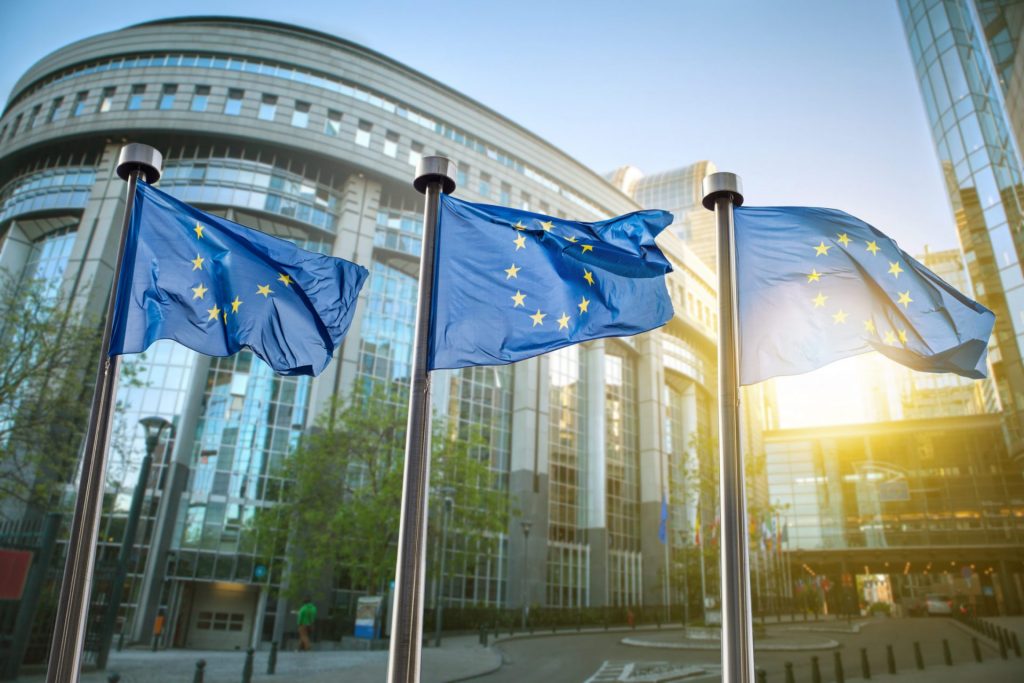 STRASBOURG is quintessential Europe, in the far north eastern corner of France, it is Gallic flavoured with centuries of German influence, visible in its architecture, food and the trinket shops selling cuckoo clocks to tourists. It is nice to breeze through, taking in the imposing cathedral and washing down a tarte flambee with a beer.

But a day or two and that box is ticked. Not so for the 751 MEPs from 28 member states who descend on the city from across Europe, including Ireland, once a month. It is awkward to get to and, forget Brexit or plastic, the conversation Irish MEPs engage immediately in is how we arrived. Which flight route, which bus or train connection through Germany, Switzerland or France… It is easily apparent that whatever novelty the quaint Alsace capital had for the newbies five years ago has long since faded away, replaced with an endurance test of endless plane and hours-long cross-country travel – three weeks Brussels, one Strasbourg, weekends for constituency work on home turf and, with a bit of luck, the Sunday roast with the family.

I travelled to the parliament via Frankfurt – hitting Dublin airport before 7am on a Monday morning. With little delay between connections to a Lufthansa bus route, I arrived in Strasbourg at 4.30pm local time, a comfortable but long journey. For Waterford’s MEPs – all Cork and Kerry based until this weekend shakes up the pile – there is also the journey at the other side.

It’s at this point that readers might stall. Cork, Kerry… Europe – where’s the relevance to us? A debate on plastic straws and Cambridge Analytica might be vaguely interesting, but how important is it to matters’ Déise?

It’s a challenge faced by the European Parliament who fund journalists to make trips like this in the hope that whatever coverage they give in their national or local newspapers will ignite a spark of interest among constituents. It is a tall order.

Waterford has never had an MEP from the county since direct elections commenced in 1979 – Kieran Hartley challenged under Fianna Fáil’s banner five years ago but Cork’s Brian Crowley retained the European seat he has held since 1994. Also elected were Liadh ni Riada (Sinn Fein) and Deirdre Clune (Fine Gael), both first timer MEPs from Cork, and Sean Kelly (Fine Gael), from Kerry, who is nearing the end of his second term in Europe. Crowley hasn’t been able to attend parliament since 2014 due to ill health and has bowed out from Friday’s election. Kelly, Clune and Ni Riada are all running again under their appropriate party banners. For Waterford this time, our sole pretender to the European crown is the Green Party’s Senator Grace O’Sullivan, while upriver in Wexford Malcolm Byrne and Mick Wallace are among those chomping at the bit. 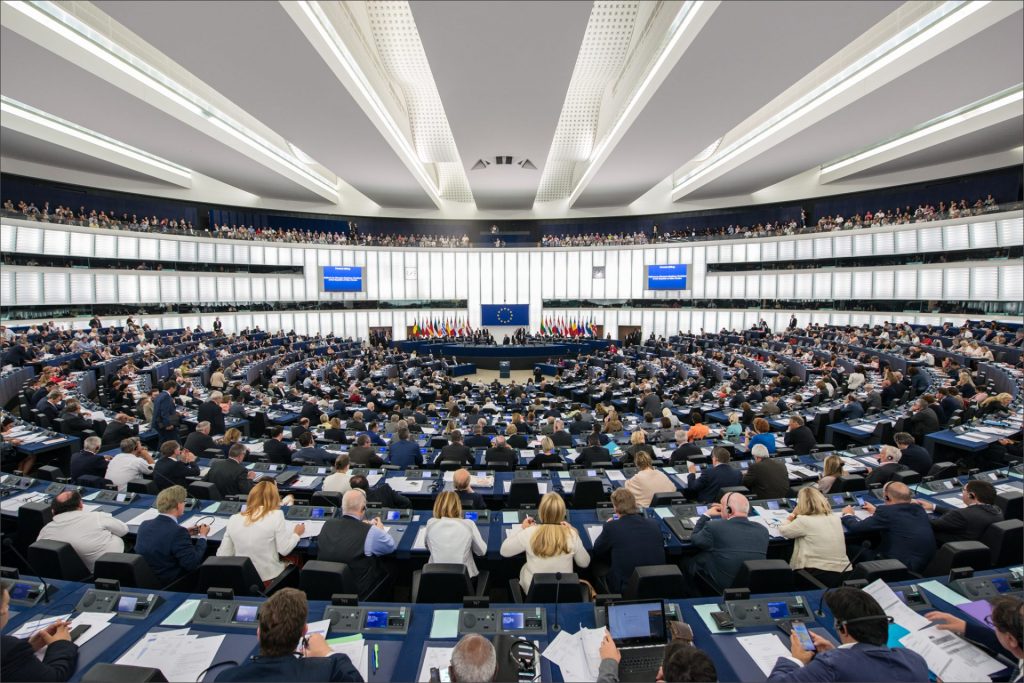 The constituency yawns large, currently covering counties Carlow, Clare, Cork, Kerry, Kilkenny, Limerick, Tipperary, Waterford, Wexford and Wicklow. Brexit is not considered a boon generally but in terms of the European Parliament it will mean an additional seat for the Ireland South constituency – though a re-carving nationally means counties Offaly and Laois are being brought into the fold.

In the grand scheme of things, our current four MEPs are but a drop in the European ocean of 751. The European message and their significance to its delivery is a difficult sales pitch to convey across towns, cities and parishes they have little connection to in Irish, never mind European terms. The communications arm of the parliament is conscious of this, and is blunt in saying that its pitch ahead of these elections has been about one thing only, increasing the vote. Averaging 55% turnout in 2014 – with this figure considerably lower among younger voters, they launched a campaign last December with the tagline, “This time I’m voting”.

Apparently Bono once said Europe was a thought that needed to become a feeling but the only people who can truly sow the seeds of an enduring feeling for the EU where it matters most, among the voting public, are the MEPs themselves.

In the mammoth beehive structure of the European Parliament (designed as a domed honeycomb to reflect the workers within), encased within an impressive, glass edifice created to symbolise transparency and connectivity, Ireland’s MEPs try to make their voices heard. Afterwards, along the corridors and in the offices of power, which are linked by a series of internal bridges symbolically urging the building of relationships, they curry favour and exert what influence they can. Some are better at it than others.

Sean Kelly is among the small number in the vast chamber the morning we attend, and rows in with his tuppence worth in the debate over Cambridge Analytica. “Is Facebook just too big to operate?” he asks in his straight-talking Kerry way. “It does a lot of good work but the dark side has to be addressed. It needs to be monitored, and monitored independently.”

He gets one minute, before the debate moves on. Enough time for a few carefully chosen words.

Later in one of the expansive meeting rooms Deirdre Clune from Cork greets our group of journalists. She is reticent on Waterford, which suggests somewhat of a disconnect; she prefers to speak on subjects she is familiar with, particularly agriculture and the CAP (Common Agricultural Policy) programme.

When quizzed about the North Quays, the airport and the technological university of the south east she appears out of her depth in terms of specific Waterford knowledge – when asked where the headquarters of the tech university should be sited, she says, “I don’t even know the options that are there”. She does, however, make positive noises about the government’s Ireland 2040 plan and Waterford’s inclusion in it. “It’s a matter of boosting investment in all those cities,” she says, making sure to also mention her home county’s capital.

She does offer crumbs in terms of ideas, citing Limerick’s success in getting European Investment Bank money, and the role Local Enterprise Offices can play in providing support on the ground in Waterford. But the actual reality of life in Waterford city is something she is unfamiliar with – she mentions a “square” with “good retail there”, referring to John Roberts Square.

“It is very hard for me to keep in touch too with all the issues that are going on in the counties,” she says, and jumps back to talk further about CAP, “40% of the Irish budget”.

Sean Kelly is better briefed on Waterford and plays the game well. Within a few minutes he has mentioned Dunmore East and its vulnerability to climate change, the North Quays and the fact that Waterford has a “great manager” in Council CEO Michael Walsh, and the neglect that Waterford and the South East has endured. He rhymes off the big blows, Waterford Crystal and Talk Talk, and jumps straight into the need for university status. As for the university’s HQ, he says, “I would have imagined it was going to be in Waterford, the biggest area.”

He mentions an event he held in Dungarvan, “to get them engaged – to bring the information to them. We bring whoever is best. People need to know what is going on.” (Amusingly, one of the people he mentions as being among the “great speakers” he has organised for events is Senator Grace O’Sullivan, who is now running against him for a seat in Europe.)

It seems clear that Sean Kelly knows his remit is not just to get the political work done in Europe, but also to bring the message of that work home to the counties of his constituency.

“It is about making what we do relevant to people at home. It takes effort and time but it is worth doing.”

Mairead McGuinness, the European Parliament Vice President, echoes his words. “I think the MEP has to try and be as present as you can. I go to schools, I’ve met a lot of community groups, chambers of commerce.”

There is no doubt there is plenty of passion among our Irish number in Strasbourg and Brussels. Our group of journalists meet a cross section of our Irish representatives, as well as Northern Ireland MEP Martina Anderson. They give us plenty of time as they share their views and ideas frankly and with knowledge. It is clear this is not a gravy train for them, as they work long hours with families missed back home.

But whether they’ve sold the European message, and its import, effectively to voters is another question. Brexit, for better or worse, has definitely put the European experiment to the forefront of the political conversation again.

Meanwhile, this Friday will tell whether a little bit of Waterford political history will be made in Europe. It all depends on Grace O’Sullivan getting enough votes over the line.

School’s back but not as we knew it!