Johnson and Power are toast of the Park 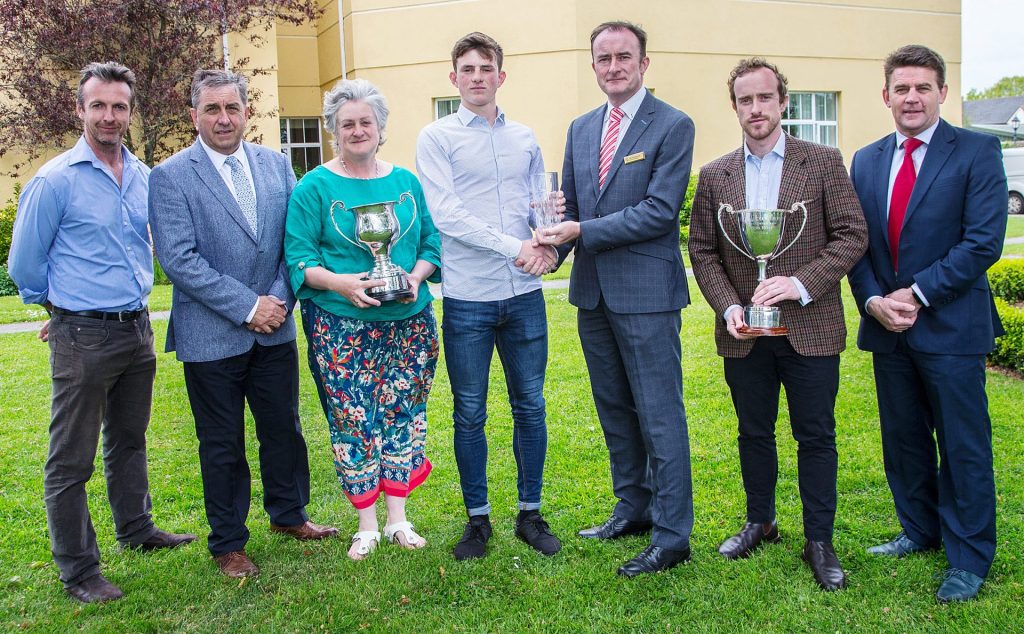 I’ve often said before that what makes the Park Hotel Waterford Sports Star Awards special is the mix of returning previous winners and first time winners all mixing and receiving the same welcome when they arrive at the Park Hotel.
There was the perfect example of that this week when the joint April winners were announced.
This month’s winners are on opposite ends of the scale in terms of Park Hotel monthly awards. Rising hockey star, Ben Johnson, was winning his first monthly award, while his co-award winner for April, Olympian golfer Seamus Power, was collecting his eighth monthly award. Seamus is also a former overall winner of these awards.
April was a month that Ben Johnson and all involved in Waterford Hockey club will never forget. Having not won a national crown since the Irish Senior Cup in 1922, the club climbed back to the pinnacle of the sport when they won the Irish Hockey Trophy Final by defeating the Northern Ireland Civil Service from Belfast 3-1 in the final in Dublin. Ben was the star of the show scoring two of his side’s three goals on the day.
It caps a great season for the Newtown School Leaving Cert student who has also been capped for the Irish U-21s this term as well as playing soccer for Munster (he plays for Bohemians in Waterford City).
After a slow start to his season on the PGA Tour, during which time he missed 11 cuts from 16 starts, April was the month that saw Seamus Power ignite his season with back to back top six finishes.
Up first was the RBC Heritage in South Carolina he finished in a tie for sixth on -9 and then the following week off to the Zurich Classic in Louisiana. This was a pairs event and he and Canadian David Hearn finished in a tie for fifth. In two weeks he climbed from 189th on the FedEx Cup rankings to 117th, with the top 125 retaining their cards for next season. This is Seamus’ eighth monthly Park Award which means he’s joint fourth in the overall honours list.
The awards were presented by Declan Moriarty, Park Hotel General Manager along with judges Neil Gough and Kieran O’Connor.