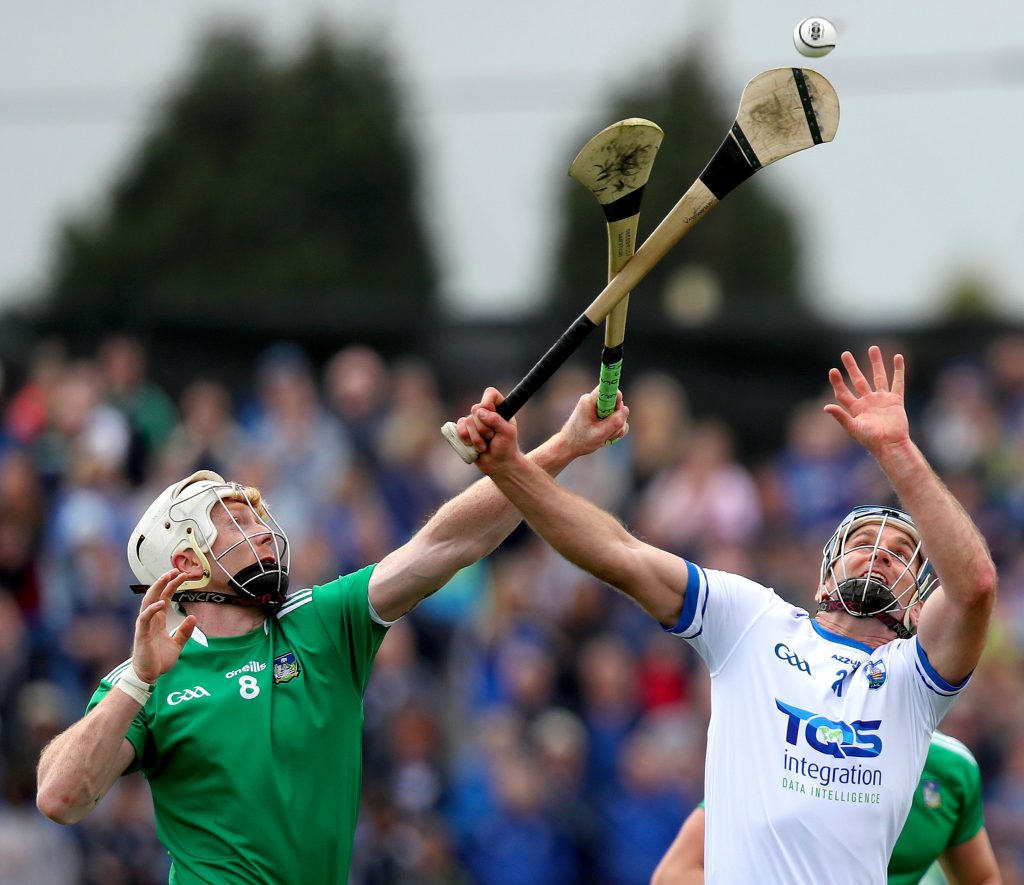 Sometimes the reality of something and the way you imagine it can be a million miles apart.
Before, during and after Waterford played their ‘home’ Munster Championship games in Limerick and Thurles last year I felt it was a very bad idea and a very bad reflection on Waterford hurling.
Therefore from the minute it became clear that this year’s games would be played in Walsh Park, I was sure that it was going to be a huge benefit for Waterford’s hurlers and their chances of atoning for the disappointment of last year’s early championship exit.
How wrong I was.
I wrote here after the Clare game that I was very disappointed that the place wasn’t packed to the rafters and that the atmosphere only came to life in the final minutes as the home side chased down an unlikely looking draw or even win.

WHERE WERE THE DÉISE FANS?
Taking my seat in Walsh Park on Sunday, I was horrified to hear from a Munster Council man that on tickets sold there may be as many as twice as many Limerick fans as Waterford fans in Walsh Park for this crucial double header. Surely not I questioned? I’m afraid so, he said.
I don’t think it was quiet that bad but there were certainly a few thousand more Limerick than Waterford supporters in the 10,874 attendance and that for me is just not on. There were over 30,000 Waterford ‘fans’ in Croke Park for the 2017 All-Ireland Final defeat to Galway and earlier this year Eamon Keane’s show on WLR was taken over for seemed like weeks, by arguments of people that Waterford should have a 30-50k stadium out in Carriganore. Really? How foolish does that argument look or sound now?
To say that this year’s Munster Championship has been a disaster for the seniors (the minors got a good draw with Limerick on Sunday and probably should have won) is an understatement.

NO EXCUSES
Last year was bad but there were genuine excuses like the plethora of injuries picked up in the opening game in Ennis against Clare and the fact that they had to play their ‘home’ games in Limerick and Thurles. This year the excuses are hard to find.
And it all seemed to be going so well with a great run to the league final but since the semi-final win over Galway on March 10, things have taken a real adverse turn for the worse. That was the last time this team won and it’s the last time they scored a goal. Four defeats have followed in four games and three of those have been heavy reversals.
So where has it all gone wrong? I felt the occasion and the pressure of playing at home might have gotten to the players in the defeat to Clare but I’m struggling to come up for explanations for the subsequent hammerings to Tipp and Limerick. Ok, being down to 14 men inside the opening 30 minutes away from Tipp was a recipe for disaster but Sunday was even worse and once again the Déise finished with 14 men.

SO MANY QUESTIONS
Is it the management, are they just not up to it? Is it the players? Is it both? Are they just not singing off the same hymn sheet? Are the players just not good enough? Are they not as good as we think or thought they are or were? Do they think they are better than they actually are? So many questions and so little answers.
All we know for certain is that they travel to Cork on Saturday night with their season certain to end in the month of June for the second year in a row and for a hurling county of Waterford’s stature, that’s just not good enough, whoever’s to blame.

TURNING POINT
Unlike the first two championships games, Waterford started well on Sunday. There was a much better tempo and energy to their game than in the Clare and Tipp games. They were 4-1 up inside eight minutes and looked to be going well. They were 5-3 up after 15 minutes and were doing well all over the field. But then Gearoid Hegarty walked through the middle of the defence and while being fouled he flicked the ball off to Aaron Gillane who goaled. This green flag put Limerick in front for the first time in the game and there they stayed.

REF WATCH
I don’t think Limerick fans were over happy with Fergal Horgan’s display but I felt he did a good job. Dished out seven yellow cards and one red but I don’t think there were major qualms about any of them, especially Pauric Mahony’s straight red card in the 59th minute.

ENTERTAINMENT VALUE
Depends who you were supporting. If you were in green you will have loved it, if not then this was a very tough watch, apart from the opening 15 or 16 minutes. 1-14 to 0-3 to Limerick in the second-half tells you all you need to know. Waterford didn’t score for the last 23 minutes. Limerick scored 0-11 without reply during that spell.

SCORE OF THE MATCH
Not surprisingly, considering that Waterford only scored ten points and only five from play (to Limerick’s 2-16 from play) in the 70 odd minutes, all of the contenders were from a Limerick viewpoint. Two stood out for me. Paddy O’Loughlin’s beauty while standing on the sideline underneath the stand from 47 yards in the 24th minute and Cian Lynch’s class point on 65 minutes. A brilliant move which was started (in midfield) and finished on the 21 yard line by the Hurler of the Year.

POSITIVES
For me there were two positives from this game from a Waterford point of view. They were Conor Prunty and Calum Lyons. Both stood up and were counted even though they hardly have a handful of inter-county championship games between them. Two for the future for sure.

WHAT NOW?
As I said above, Waterford travel to Cork on Saturday night and surely must come out with all guns blazing and give their supporters something to cling onto over the long summer and winter that lies ahead. Hopefully there will be a big Déise support for their team on Leeside, keyboard warriors and all. For Limerick, after their shock loss to Cork, their season is now back on track as they welcome Clare, who also had a day to forget on Sunday, to the Gaelic Grounds on Sunday.