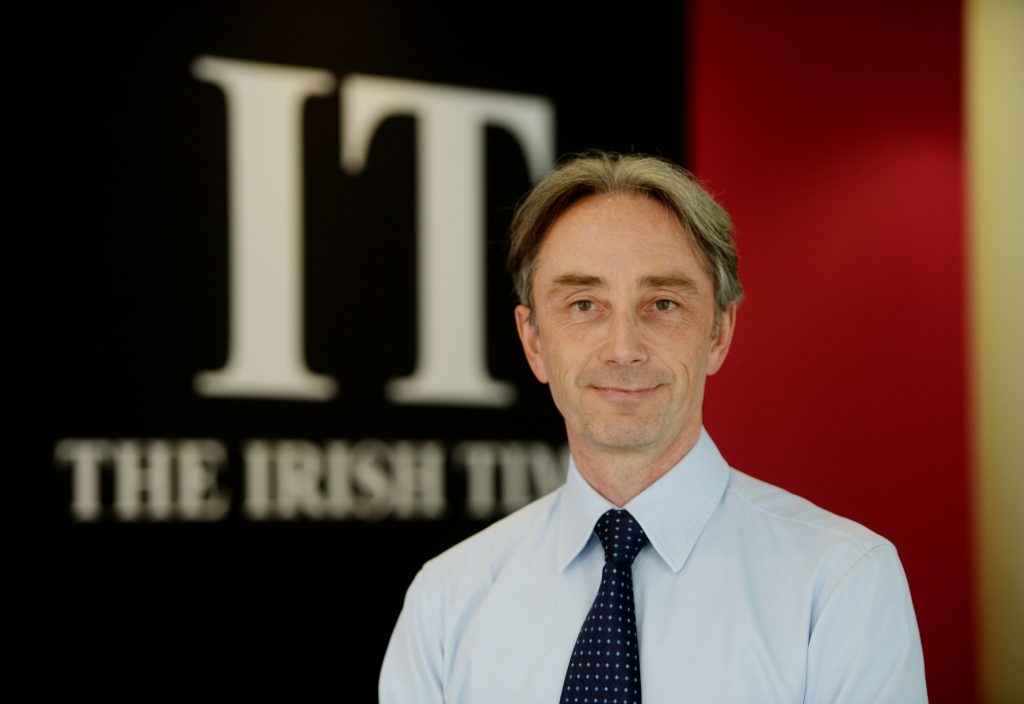 PAUL O’Neill, Editor of the Irish Times, will make a welcome return to his native county for the Waterford Chamber President’s Lunch, which takes place on Friday, June 21.

During the event at the Majestic Hotel in Tramore, which is sponsored by AIB Bank, guests will enjoy a sumptuous meal, preceded by a drinks reception compliments of Legacy Irish Cider.

Always a popular corporate event on the Waterford Chamber calendar, the President’s Lunch sees the coming together of business owners and executives for an informal gathering and sharing of ideas.

“I have spent my adult life attempting to interpret and communicate messages, and today I find myself in a role, in an organisation, in a city where now more than ever a confident, consistent and positive message is required. The media plays an integral part in delivering that message and it will be interesting to hear how Waterford is perceived on the national media agenda,” Jonathan said.

Speaking in advance of the event, Paul said he looked forward to getting a better sense of the challenges facing Waterford at a time of such momentous change at home and abroad. “It’s not a question of me coming home because I don’t feel I ever went away. But some, no doubt, will see me as an outsider and perhaps there’s a different perspective that comes with that.”

He was appointed Editor of The Irish Times in April 2017. He has had a long and varied career with the company, having joined in 1989 as London Correspondent. Over 30 years, he has been a news reporter, Crime Correspondent, Deputy News Editor, Finance Editor, Editorial Director and Deputy Editor. Paul began his career as a reporter with the Waterford News & Star in 1982 and subsequently joined the then Cork Examiner in 1989.

In more recent years, he has played a central role in the transformation of The Irish Times into a digital publisher.

The acquisition by The Irish Times last July of the Irish Examiner, the Echo and a number of regional titles, including the Waterford News & Star, has brought his journalistic career under one umbrella and brought him back to the place where it all began almost four decades ago.

Event sponsor Marian Keane of AIB Homes said: “This is our second year sponsoring the President’s Lunch, which we view as an important event for the business community to network and take time out to engage with peers.”

Tickets for the lunch are €65 incl. and can be booked by contacting Lynda Lawton on (051) 311130 or online at www.waterfordchamber.ie