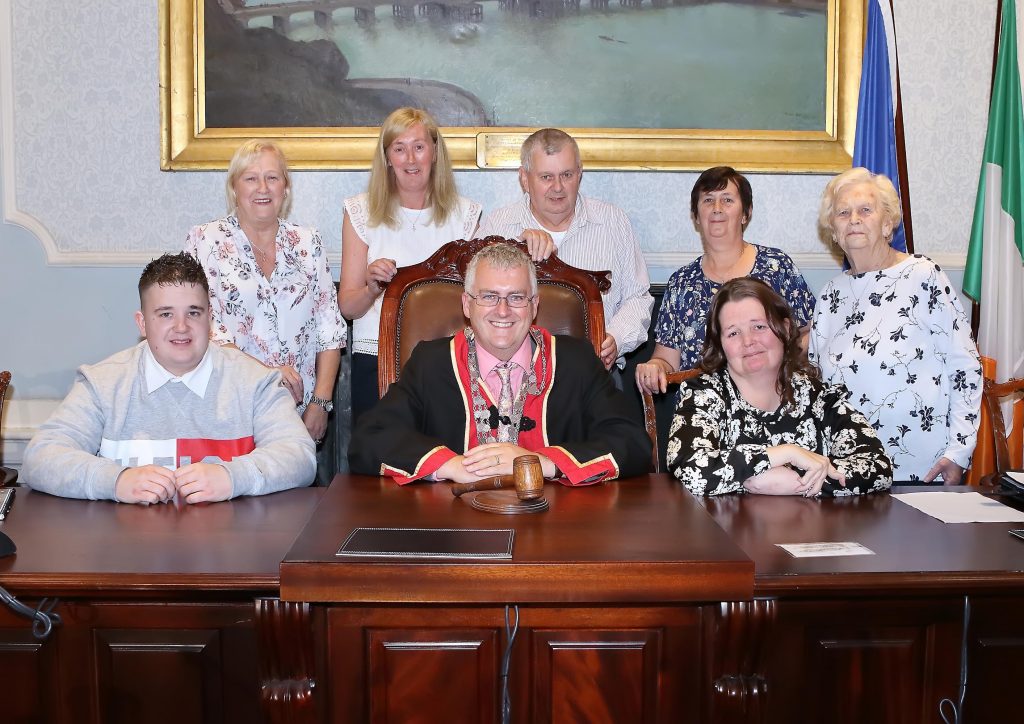 AN emotional John Pratt became the first Labour Mayor of the amalgamated City and County Council, describing his election as “a proud day for me and my family”.

“To have my wife Norma, my son Noel, and my mother Frances who turned 88 yesterday here was just fantastic,” he said.

“My late father Jimmy was only 68 when he died; he was a great supporter of Brian O’Shea and of the Labour Party and I know if he was here today, he’d just be beaming, he was a real family man. And at times like this – and you can hear how emotional I am – you take on the realisation of that and how different it would have been had Dad been involved because he was a popular guy and he would probably have pulled me more votes!”

Declaring he’s “really up for it,” Mayor Pratt pledged to put his “heart and soul” into the Mayoralty. Admitting that his term will boost his city profile in particular ahead of the general election campaign, Mayor Pratt stated: “I want people to know me for who I am. I’m just a normal guy who comes from a Council estate and I just want to give it my best shot. I know it will be a somewhat daunting year ahead as Mayor and the idea of becoming a TD is even more daunting but I really believe that we have a great opportunity. We returned four candidates from the Labour Party to the Council, which was an amazing result for us and that in itself along with this (office) means I hope it will all come together and help me to get elected, whenever that election comes about.”