The Taoiseach has refused to fast-track any pay restoration for the Defence Forces to address a recruitment and retention crisis.

Fianna Fáil has accused the Government of not treating the Defence Forces with the “dignity and respect they deserve” and is calling on the Taoiseach to restore allowances to pre-FEMPI levels.

However, Leo Varadkar has ruled out any increases to pay, pensions or allowances claiming it would not be “fair” to “single out” one group in the public sector above any other.

“We cannot provide a fast track to pay restoration and additional allowances to one group of public servants without accepting that it will have a knock-on effect across the board.

“While that might appeal to me as the Minister for Defence, I could not possibly do that as Taoiseach because that would be totally unfair to all the other public servants including civil servants, local authority workers, nurses, teachers, doctors, all the people who work in this House and all the people who work in the public service all over the country,” Mr Varadkar said.

In the Dáil, Mr Varadkar said the Public Sector Pay Commission has examined issues like allowances that are specific to the Defence Forces and the report will be brought to Cabinet in the coming weeks. 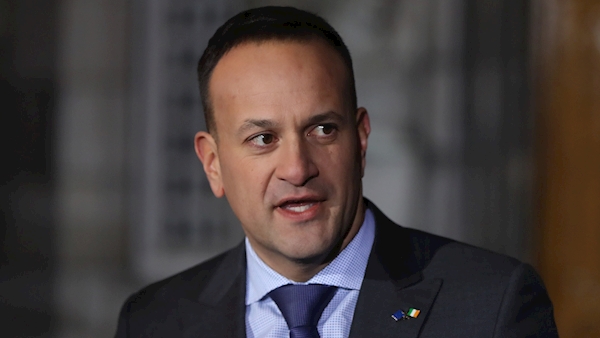 The Taoiseach said he “absolutely acknowledges” that there are a large number of people leaving our Defence Forces for various reasons with many being lured into the private sector.

Fianna Fáil defence spokesman Jack Chambers said the Defence Forces have been treated as an easy target for cost-cutting, with Fine Gael taking advantage of the unreserved loyalty and professionalism of the armed services.

He pointed to the fact that gardaí receive up to €30 per hour before tax for working overtime, but members of the Defence Forces receive a duty allowance of €20 after tax for up 12 hours’ work which he said was a breach of the national minimum wage.

“Regrettably, the number of serving personnel has fallen below 9,000 and morale among those members is on the floor,” Mr Chambers said.

“The unacceptably poor pay and conditions is a problem that has been continually ignored.”