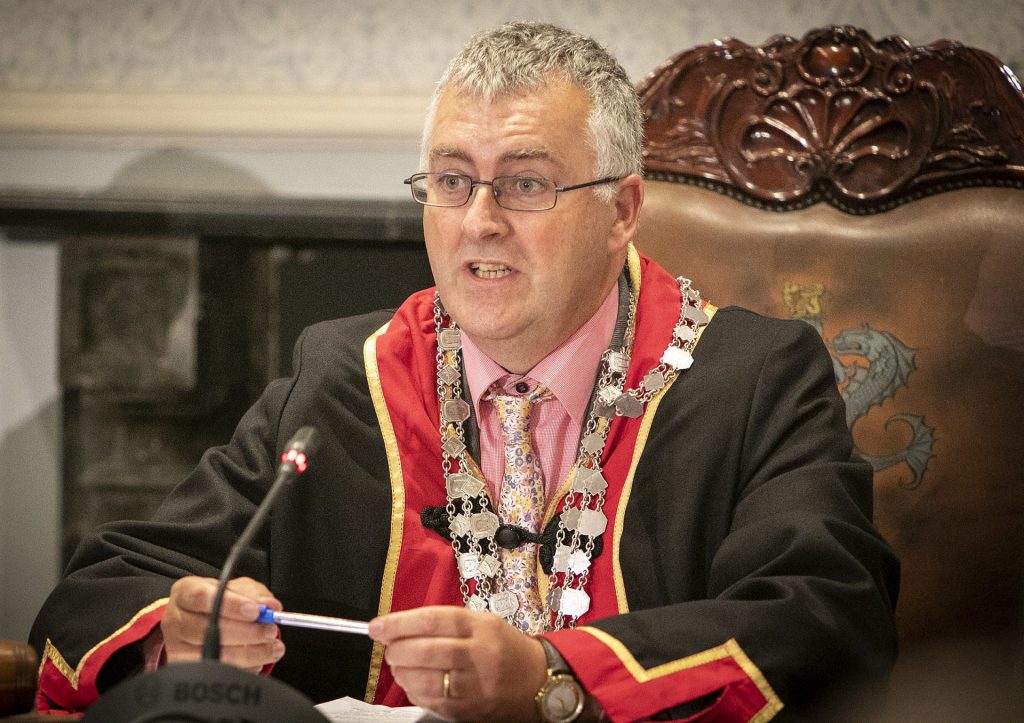 A CHAOTIC, albeit historic meeting of the newly elected City and County Council saw a left of centre alliance claim decision making power, freezing Fianna Fáil and Fine Gael out the Mayoralty for the next five years.

An ill-tempered chamber saw the new pact and the FF/FG flank trading barbs regarding the pre-Mayoral election negotiations, with Mayor Pratt adamant that the pact acted “very honourably throughout the whole process”.

He stated: “We were constantly trying to get everyone involved to make this an all-inclusive Council but at every juncture, unfortunately, Fine Gael and Fianna Fáil did not accept us on that offer… and I’m very, very disgusted to be honest.”

Fine Gael’s Damien Geoghegan rejected this contention. “If this is the way they’re going to run the Council for the next five years, we’re going to be in for a lot of trouble. They seem to be all over the place, they don’t seem to have any homework or plans done and if they approach meetings in relation to our budgets, for example, going forward in the same manner, we’ll be in serious trouble here. They came in here today half-cocked. They outnumber us but yet we were able to take committee positions off them.” 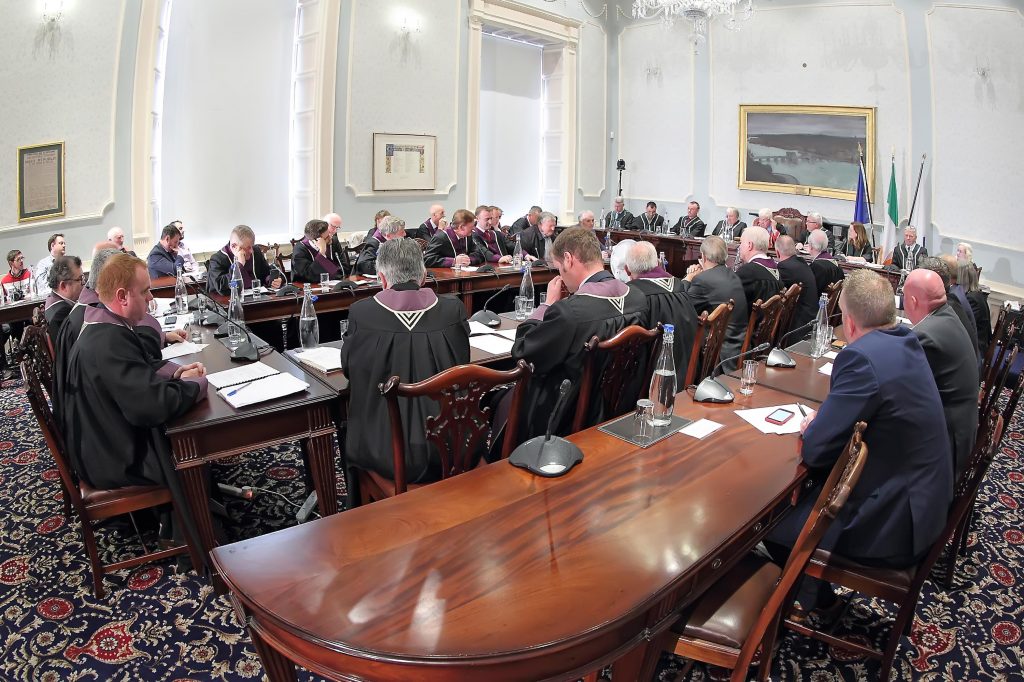 Emails distributed to the attending media by Cllr John Cummins (FG) offered evidence, in his view, that the left wing alliance were “solely interested in positions of monetary value, not one mention was made in your email of budgets, policy and the (pending) development plan which are certainly of more importance to us than (Mayoral and committee) positions.”

A co-signed pact email, which was rejected, proposed “that Fianna Fáil and Fine Gael would accept the Mayoralties and Deputy-mayoralties for the final two years of the Council term. In the spirit of (the) D’Hondt (system), we would expect the ensuing democratic imperatives would continue in our District Councils.”

Mayor Pratt described the goings-on during a meeting which unexpectedly ran for over three hours as “a farce”.

“I’ve respected every Mayor that has gone before me and I would have expected the same in return. It’s politics at its worst, it’s why people out there are very despondent (about politics) and why wouldn’t they be? This kind of carry-on is absolutely childish behaviour.”

Sinn Féin’s John Hearne described the tone of the meeting as “scandalous”. He added: “It’s probably the biggest day in the Mayor’s political life, his family had to sit through that? You should always respect the Mayor and let the process move smoothly. We should have probably proposed abandoning the meeting and have the committee selections on another day because the day of the Mayoral election should be centred around the new Mayor and his family.”