O’Halloran bows out after ten years in white and blue 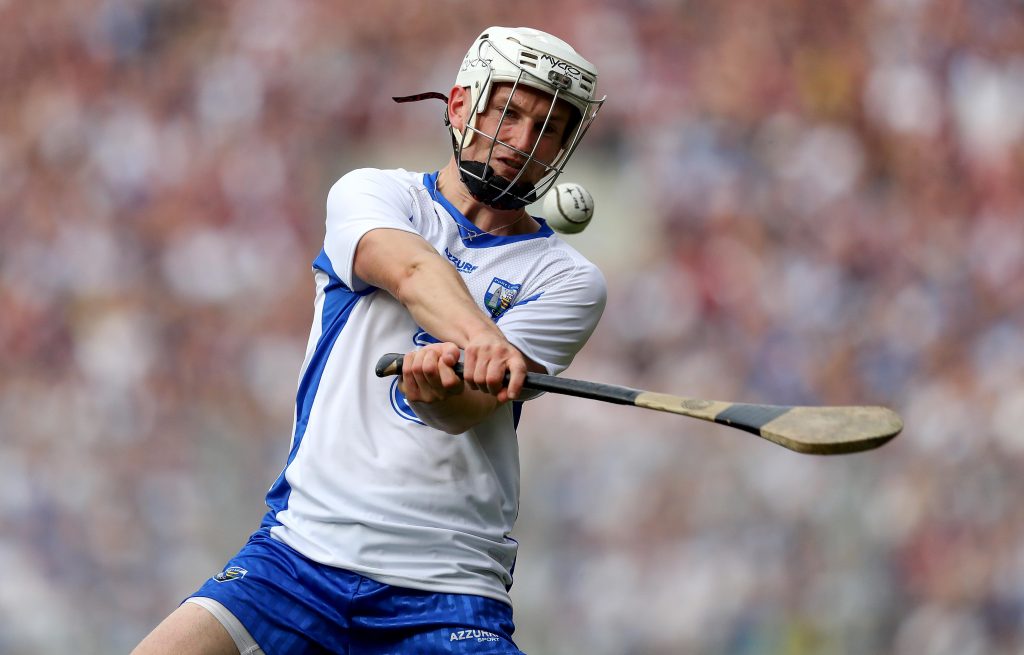 Brian O’Halloran in action against Galway in the 2017 All-Ireland Final, which he says was the biggest day of his hurling life, despite the result. Photos: Inpho.

After ten years at the top, Brian O’Halloran has bowed out of inter county hurling with Munster and National League honours. The speed machine with the white helmet could play anywhere from eight to fifteen. His championship days in a Waterford shirt started and finished against Cork, quiet fitting for a hurler on the border in Clashmore/Kinsalbeg.
“I’ve been there since I was child in a lot of ways and I felt the time was right to step away,” said the 28 year old on Sunday night. “I thought a few months ago that it would be my last year. As things transpired this year, it was a bad year for us, and I felt I had nothing more to contribute and I wanted to do different things in my life. I had ten years done, it was the right time to move on and leave the lads at it.”

THE BIG ONE
The primary school teacher in Killeagh scored in the 2017 All-Ireland final, a point from an impossible angle along the Cusack Stand sideline. The result didn’t go Waterford’s way but O’Halloran will always treasure being part of that grand occasion. “Getting to the All Ireland final in a weird way was one of the best. When you’re a child, you dream of playing in the All Ireland final. You want to win it but if you were told you would play in an All-Ireland final when you were a youngster it is the dream. That was the big one.”
He had the fairytale start. His first touch was a point in the 2010 Munster final replay. After starring for the minors a year earlier, Davy Fitzgerald brought him onto the panel straight after the Leaving Cert. “Winning the Munster when I was only nineteen was brilliant but because I was so young and it happened so quick, I couldn’t appreciate it. If you were given a Munster medal now, you’d snap someone’s hand off. At the time, we were winning Munster regularly and it was nearly a normal thing. Looking back at it today, a Munster senior medal a year after a Munster minor medal is nice to have.”
The night before the All Ireland semi final against Tipperary, he found out that he was on the team. It didn’t go to plan. “I started that game and I’d say I lasted twenty minutes. It was an eye opener for me. In hindsight, I wasn’t ready.”

INJURY TORMENT
Between 2011 and 2014, he was plagued with hamstring and ankle injuries. He only played one championship match in that period. Four points against Clare during the 2013 NHL was one of several false dawns. “I had three or four disaster years with injuries, playing a few months at a time and then missing a few months” he readily admits.
1-4 in a Waterford Crystal Cup match against Fitzgerald’s LIT in January 2015 marked his second coming. He enjoyed his best years under Derek McGrath. Gary Walsh in Waterford Warriors helped him steer clear of injuries. “I got my injuries sorted at the same time the team was flying under Derek. The impact sub role seemed to work well.”
It was O’Halloran who crossed for Paudie Prendergast’s equaliser in the Gaelic Grounds when Waterford drew with Limerick in Division 1B, a priceless score in the McGrath era. In May, he wrapped up the league title with a late point against Cork. During 2017, the super sub featured in eleven matches (ten off the bench) and scored in six of them. The number twenty shirt suited him just fine. His first championship start in three years was for Derek’s last hurrah with Cork and he struck two first half points. His final score for Waterford came against Tipperary last month.

CLUB TIME
Michael Walsh was the best player he hurled with. “For someone to get the most out of themselves, it was definitely him. When you needed someone to win a dirty ball, when things were going against you, he was the one person you really wanted by your side.”
He also spoke highly of Philip Mahony. “Philip was one of the most underrated I think. He probably wouldn’t be a name that a lot of Waterford people would say is a superstar but he took down more big names down through the years than people even know.”
The club will benefit from his spare time. O’Halloran captained Clashmore/Kinsalebeg to their first Western intermediate title last September, shooting five from play against Ballysaggart, and he has plenty more to offer in both codes for the red and green.

Seamus Power tied for fourth ahead of final round in Detroit