The Taoiseach Leo Varadkar is being accused of attempting to sweep an alleged “illegal abortion” under the carpet.

Speaking in the Dáil yesterday, Aontú leader Peadar Tóibín raised the termination of a pregnancy recently carried out at the National Maternity Hospital.

He said the family were falsely told their child had a fatal-foetal abnormality based on the results of two of three tests that were carried out.

Following the results of the third test, which were received following the abortion, it was found that there was no abnormality.

He said they claim it was an illegal abortion as the medical practitioner who signed off on it never examined or met the mother in question.

He claimed this is against the law.

Speaking under Dáil privilege, Deputy Tóibín says the family feel that their concerns are being ignored by the Government:

He said: “They’re furious Taoiseach with yourself for stating in the Dáil that this is a confidential issue.

“They believe that you are looking to sweep this illegal abortion under the carpet and we are asking you here, will you change the law, will you institute guidelines and will you implement a fully independent investigation.”

In a statement, the National Maternity Hospital said it is “actively engaged in commissioning an external review of this case”. 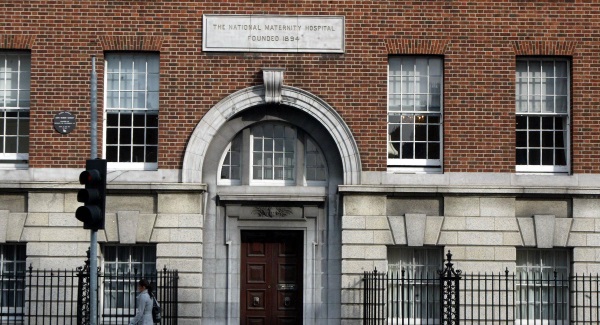 It said that the family had been informed that the Royal College of Obstetricians and Gynaecologists (RCOG) had been requested to carry out an external review but were unable to do so.

The hospital said that it has since made “significant progress” in respect of membership of the review and the terms of reference and were hoping to be in a position to finalise them shortly.

“It was not the hospital’s intention to make any comment at this stage but we felt it necessary to respond to matters stated under parliamentary privilege which the Deputy suggests is an account given to him by a legal representative of the family.”

It said it won’t be commenting further until the review is complete.