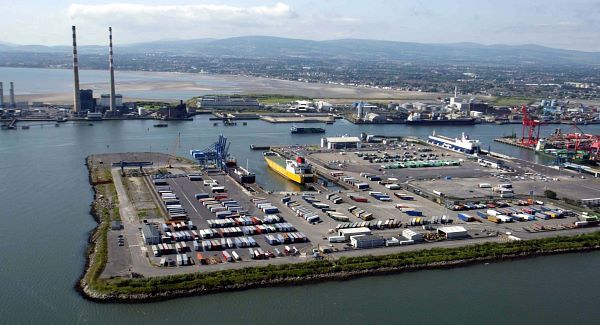 It says all expenses are checked and that no concerns have been raised about any expenditure.

The company said today that all spending on its company credit cards is only ever for business, and is always recorded and approved.

It was reported over the weekend that the state-owned commercial company racked up expenses of more than half a million euro last year.

It was revealed in yesterday’s Sunday Independent that €205,000 was spent on a song for the launch of a new ship.

Dublin Port explained that this expenditure included the cost of staging the entire launch event.

“All credit card expenditure is in line with the company’s policy – only for business purposes, properly recorded, receipted and authorised,” the company said in a statement today.

Among the items purchased on company credit cards were iPad cloud storage via iTunes, an office dishwasher repair charge, and the replacement of a broken coffee pot, as well as flights, accommodation, and other company expenses.

It says it has launched an investigation into the source of the leak, and has reported it to the Data Protection Commissioner.

It said in a statement: “In response to recent media reports, Dublin Port Company wishes to make clear that all expenditure listed on credit cards is entirely on company business. No allegation of wrongdoing has been made in any report.

“All expenditure, including travel, subsistence and hospitality is disclosed in the company’s financial accounts, which are independently audited and meet all reporting requirements and standards.

£”The company has launched an immediate investigation into the source of the data leak to establish how it occurred and by whom it was carried out. External expert investigators are being appointed to carry out a forensic analysis to determine how this occurred and who is responsible.

Dublin Port wishes to establish the motivation behind the selective leaking of commercial information which appears designed to create an incorrect and damaging perception of inappropriate spend by the company.

“The company has also reported the issue to the relevant authority, the Data Protection Commissioner.”

Two arrested in relation to eight burglaries in Limerick and Tipperary