Hook or By Crook treble up for history maker Jackson 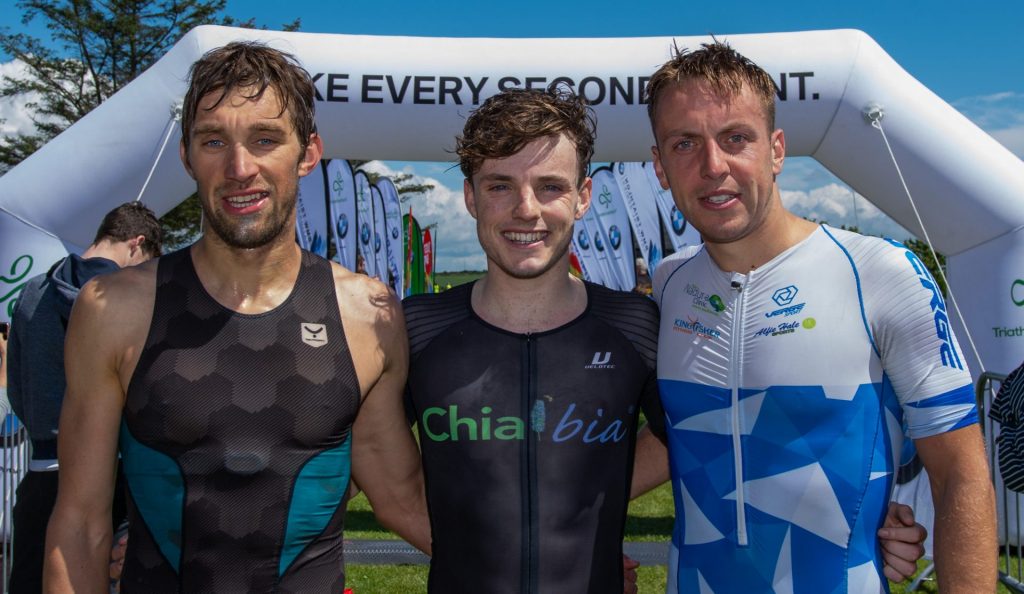 Kieran Jackson has became the first triathlete to win the BMW National Series Hook or by Crook Triathlon, three times in a row on Saturday in Dunmore East.
The race is organised annually by Waterford Triathlon Club and last year was voted ‘Race of the Year’ by triathletes across the country. Race Director Martin Condon and his team put an enormous amount of work into the event and were rewarded for their efforts with a rare day of beautiful sunshine! Over 750 triathletes descended on the seaside village in their quest for valuable points towards the coveted Triathlon National Series title. The sprint distance triathlon included a 750m loop swim in the harbour which started at the Strand Inn side and exited on Councillors Stand. This was followed by a 20km bike leg out and back along the main Waterford road and finally a 5km run which included 2 laps around the golf course, finishing just outside the clubhouse.
Jackson was race favourite following his recent win in Athy and his record in this race over the past two years. He quickly established a lead in the swim and came out of the water with a 20 second lead over Sebastian Helka of the South Coast Triathlon club and 30 seconds ahead of local triathlete Eoin Lyons. Following a leg burning sprint up the steep zig zag pathway to transition they were quickly away on the bike. Jackson punched more time into Helka but Lyons had a storming bike to pass Jackson at the 13km mark. Entering transition 2, Lyons had a 10 second lead over Jackson which made for an exciting run leg as the two athletes went head to head along the 2-lap run course. As it turned out Jackson had a lot more left in the legs and powered past Lyons within 400m and pushed on to cross the finish line over a minute clear of his Waterford Triathlon Club teammate to finish the entire course in 1 hour and 2 minutes.
The women’s race was won by Maeve Maher-McWilliams from Belpark Triathlon Club, Dublin, 2nd was Amy O’Keefe from Cork Tri Club and 3rd Ellen Murphy from Belpark Tri Cub.
A large crowd was present at the Golf club to welcome home the athletes and the post-race party began that afternoon with prizegiving, kids race, a barbecue and live music to entertain athletes and their supporters.
Next up for Jackson is Poznan, Poland where he will compete in the SuperLeague Triathlon Series, competing against the top professionals in the World.
A big thank you the Boland’s BMW, Cork Road for their sponsorship of the event and to Chia Bia for sponsoring hampers for the winners! 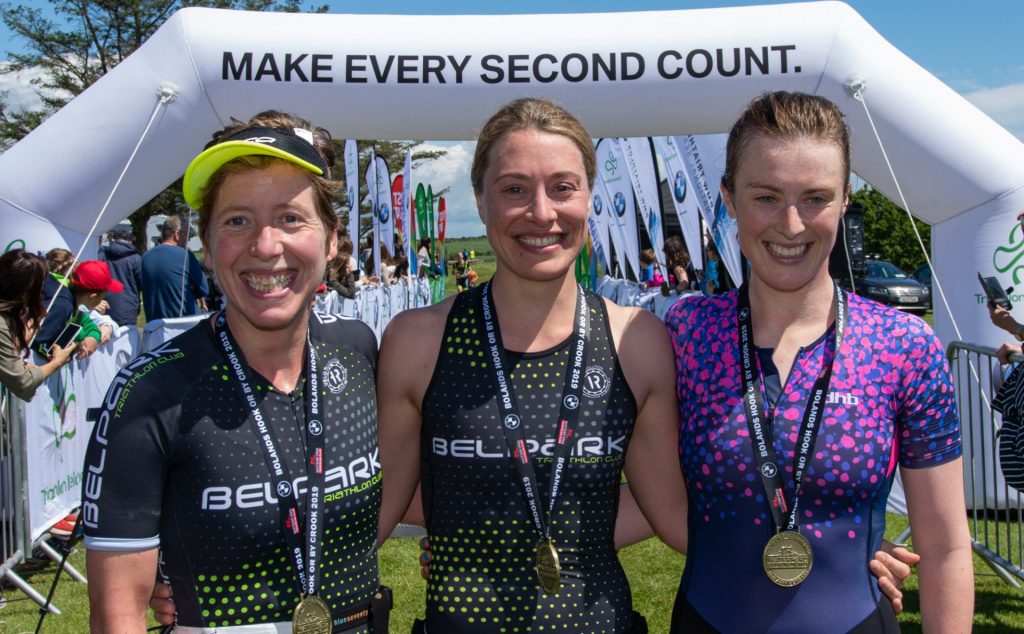