VIDEO: Limerick restaurant forced to go cashless after three burglaries in as many months

A Limerick restaurant owner says she has been forced to accept cashless transactions only in response to three break-ins in three months at the premises in the affluent Limerick suburb, Newtown, Castletroy.

As gardaí issued advice today on a Europe-wide focus day on burglaries, Sabrina Amodeo, owner of the Tuscany Bistro Italian restaurant chain, was busy planning a fightback against repeated burglaries.

“We really feel it is time to go cashless. It’s safer for our employees and safer for our business. Hopefully, those who are causing us such hassle will bugger off now,” Ms Amodeo said.

The restaurant was burgled twice in two days on April 18 and April 19, and again, on June 15.

No money was taken in the three break-ins. However Ms Amodeo said she has been left “stressed out” and footing a large bill for repairs to smashed doors, windows and locks.

She has had to fork out for additional security systems, she said.

The burglars managed to smash their way through a “steel door” using pick axes and heavy implements, Ms Amodeo explained. 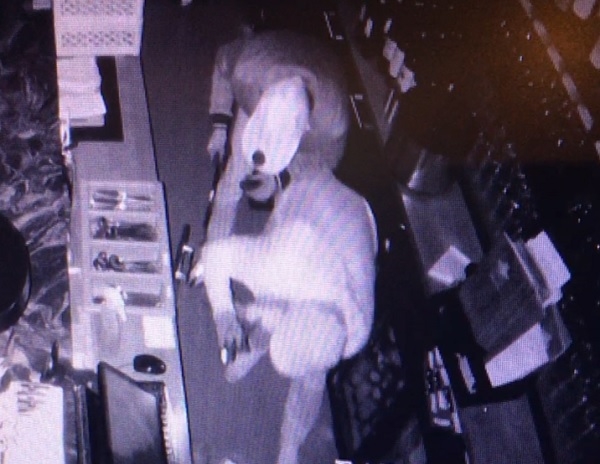 She is now in talks with a private security company to outsource the handling of cash takings as the restaurant transitions towards “card only” payments.

Ms Amodeo said she plans to roll out the “cashless” transactions at her two other Bistro premises, located at The Granary in Limerick city, and, at Ballina, Co Tipperary.

It is thought it is the first restaurant in Limerick to transition to card-only transactions.

We’ve had too many burglaries recently. They have caused a lot of damage and disruption to the business.

The South African native who has been in business in Limerick for nearly 20 years called for extra garda resources in the Castletroy area.

She praised gardaí for “doing everything they can do with the resources they have”, but she added, “we need a garda station in Castletroy and we need more garda visibility”.

She said she believed the same gang has “hit” the restaurant a number of times, and that gardaí believe the gang may possibly be using nearby access routes to the M7 Limerick Dublin motorway, which would allow the criminals disappear from the local garda radar more easily.

“They are in and out in five minutes. We are going cashless in all our businesses. We feel we have no choice. They are clearly looking for cash and I’m not going to give them the incentive.”

Video footage recorded on security cameras at her Castletroy premises appears to show three men arriving in a white-coloured Audi hatchback car at 2.34am on June 15 last.

Responding to the concerns of residents in the City East district, a garda spokesman said gardaí were “liaising with estate management section” of the force, with a view to possibly refurbishing the Castleconnell Garda station, located 7.5km from Castletroy.

Senior local garda sources have said the station is substandard and would require refurbishment works before any consideration is given to the possible provision of additional personnel there.

The spokesman said garda management “is satisfied that an adequate policing service continues to be delivered and that current structures in place meet the requirement to deliver an effective and efficient policing service to the community”.

They added: “This situation is continually reviewed.”