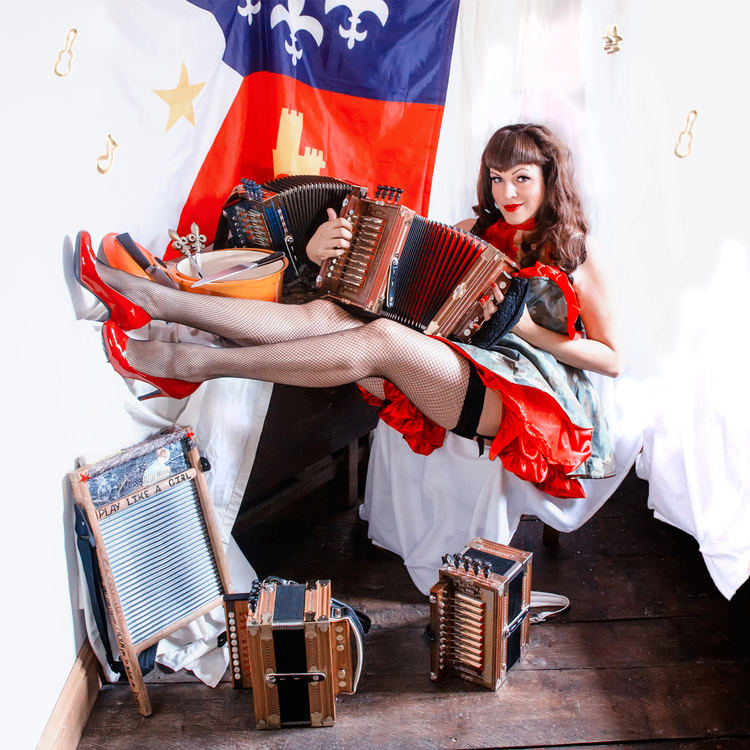 THIS year’s headline act of the Dunmore East Bluegrass Festival The Sarah Savoy Band will bring a touch of Cajun to the annual musical extravaganza.

The fishing village will play host to the 25th Dunmore East Bluegrass Festival from August 22 to 25.

Fans of bluegrass, honky-tonk, blues, country, Americana and rhythm ‘n’ roots are in for a real musical treat as the festival will feature a host of artists playing almost 40 free gigs throughout the weekend.

A talented multi-instrumentalist and vocalist, Sarah Savoy’s vocal style has been compared to that of Patsy Cline, Patti Smith and Wanda Jackson. Her appearance reflects the broadened remit of the festival.

Born to Cajun ‘royalty’ in Louisiana, Sarah’s father Marc is a world-renowned accordion craftsman and her mother Ann wrote the reference on Cajun music, ‘Cajun Music: A Reflection of a People.’ A move to France lead Sarah to become a certified chef and her passion for Cajun food and flavours led to the publication of a cookbook, ‘The Savoy Kitchen: A Family History of Cajun Food’.

Along with the “Princess of Cajun” the festival line-up includes Irish, UK and American big-name bluegrass and country acts.

Mick Daly, Festival Organiser is looking forward to welcoming lots of new names and some old favourites back to the festival.

“Sarah Savoy is a wonderful addition to the line-up this year. She has been described as the Voice of Cajun by Rolling Stones magazine and she’ll bring an authentic Cajun vibe to the festival. Joining Sarah on the line-up is Missourian Liz Moriondo, a popular singer songwriter who is well known by her dynamic voice as a force of nature.”

“While bluegrass remains at the heart of the festival, many of the new Irish and international acts are bringing a more eclectic offering to the festival.  Pilgrim St bring a broad range of Americana, country, folk and bluegrass to their concerts across the country, while Alfi is a fresh new trio combining American old-time, bluegrass and traditional Irish music.”

“The festival appeals to die-hard bluegrass fans who have been visiting Dunmore for decades, but it also has a broader appeal to those who simply like good toe-tappin’ music, in a beautiful seaside setting, under the sun!”

The 25th Dunmore East Bluegrass Festival, Co. Waterford kicks off on Thursday, August 22 at the Strand Inn and heralds the start of four days of free gigs throughout the village.

For more information visit www.discoverdunmore.com or keep up to date on the Discover Dunmore East Facebook page.