THE BOOK NOOK: The Outsider by Emily Hourican 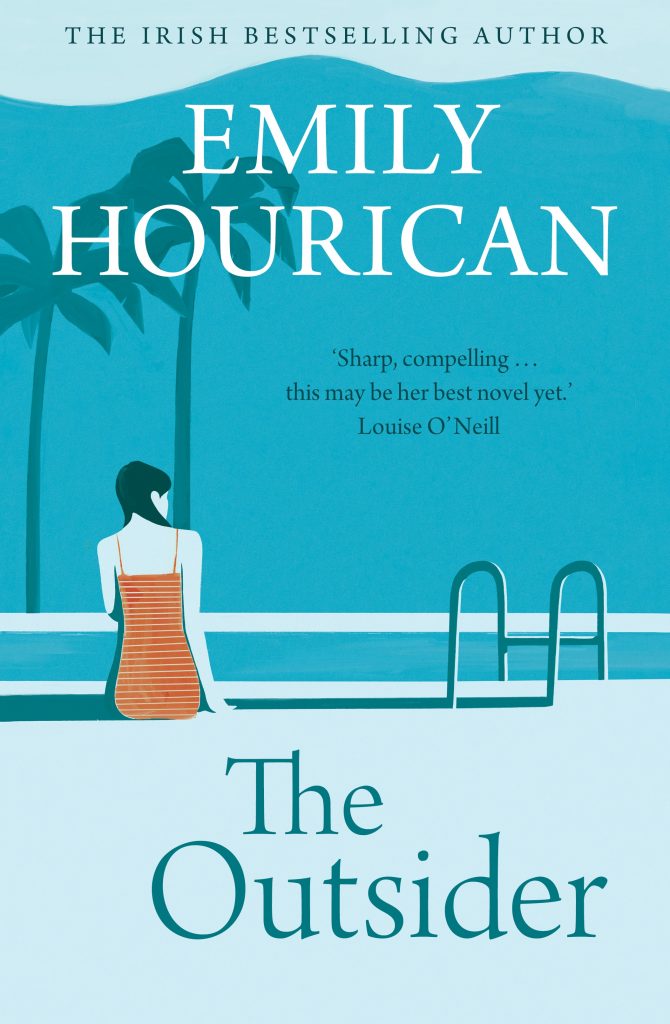 The Outsider by Emily Hourican

MIRIAM and Paul pooled their monies and decided that this year, finally, they would take a foreign holiday. The holiday deal in Portugal seemed perfect for them and their 10-year-old daughter, Sarah.

Sarah needed it, they needed it, heads financially adrift. From the beginning, there is a strong sense of imposter syndrome, where Miriam “wasn’t the type to kick a ball or organise rounders”. Nor was she “the kind of mother who invented loud, exciting games, with water and stones and five different buckets”. Gazing around the resort, she is uncomfortably aware of other families… no doubt they would be the type to organise such group games, confident in their parenting. Miriam on the other hand focused on her tan, wanting so desperately to return home with a real tan, to prove that a real holiday had taken place and that they had a life just like all of the other families.

Sarah was left alone, “making little families out of bits of sticks or leaves that she collected”. A portrait emerges very early of a family on the edge, always watching others, wearing the right things, saying the right things but never truly belonging. A stigma perhaps inherited by Sarah from her parents, of being the outsider.

Jamie, a child also staying at the resort with her family bursts into the narrative with an exuberance and instant charisma that tells the reader, this is it… this is how Sarah will belong, this is her door. She scoops up Sarah into her life in the easy, unapologetic way of childhood friendships and the families join. Where Sarah’s speech is muted in public, Jamie is her voice. Where Sarah’s indecision and sense of self-esteem once define her, Jamie shares her confidence with her and slowly, Sarah becomes to reform, redefine.

Emily Hourican creates a dazzling display of character transformation where, through the use of alternating viewpoints, we see the transformation of Sarah from a trembling, silent child, to a teenager who from the outside exudes confidence and above all, she belongs. With the addition of money, all three members of the family move into a new social circle and the cracks begin to emerge, a fraction at a time, until the reader is caught up in a breathless feeling of expectation and foreboding. Jamie’s brothers surround Sarah, equally supporting her and tearing her apart. What began as an easy blame game for the reader to the male characters, becomes in some cases an exploration of how hurt and pain can be masked by anger and chaos.

At the core of every single character in this novel is a need, a burning need to belong. To be loved is to be belong, because someone has chosen you and said that you were good enough. To be included in social events is to belong because you have the right characteristics to join the group. To drink alcohol as a teenager is to belong because someone wants to break the rules with you. Above all, to belong is to feel good enough. Maybe, just maybe if we watch the actions of others closely, we can harness some of the essence of what makes them appealing. We can say the same things, dress the same, respond in the same way; these things may be enough to allow us to pass through that door and thus, belong. That is what Emily Hourican has harnessed. This plot, racing with possibility and hope, is laced with failure and fear. Emily Hourican showing an enviable understanding of people sees that inside our solid exteriors are cracks, where the imposter syndrome is always breathing.

In association with The Book Centre, Waterford