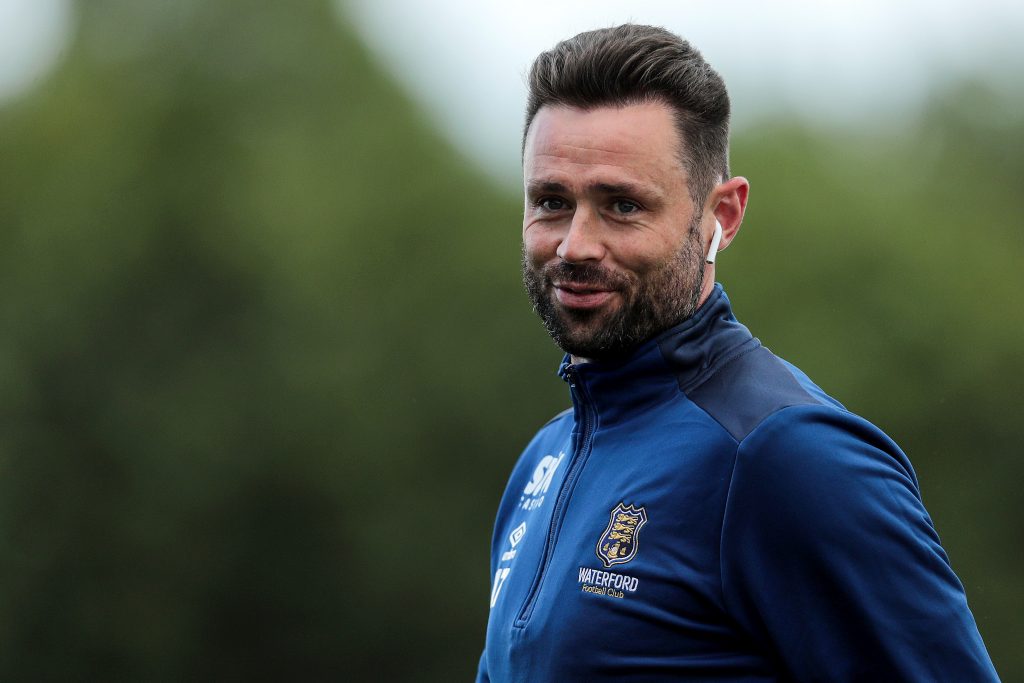 “Waterford FC can confirm that Damien Delaney has left the club.

The centre-back departs the club by mutual agreement.

Delaney, the ever-present Blues captain, joined the club at the start of the season having spent last season with Cork City.

He was capped nine times by the senior Republic of Ireland team and made 130 appearances for Crystal Palace in the Premier League. The central defender spent 18 years playing in England, with Palace, Ipswich Town, QPR, Hull, and Leicester City, before joining Cork City and then Waterford FC.

As of today I’ve left Waterford football club. There’s players there with fantastic potential who need to play to develop and I don’t want to hinder that development so the time has come. Thanks to everyone for giving me the opportunity.

2) So that’s me officially retired, thanks to everyone who’s played a part in helping me live out my dreams. It’s been amazing

Manager Alan Reynolds: “I want to thank Damien for everything he’s done at the club this season since he joined.

“He’s been great helping the younger players and a great guy to have around the squad. His experience has helped the whole squad and I’m grateful for him coming down to play for the club.

“Everyone at Waterford FC wishes him all the best for the future.”