Editorial: “Ugly prospect” of a no deal Brexit 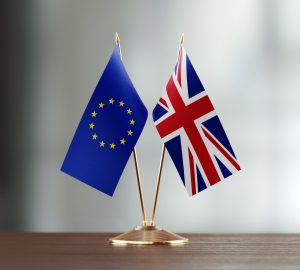 IRISH skin in the Brexit game is all too real. While just 160,000 Conservative Party members will determine who will lead the British Government just over a week from now, our own Government is now facing up to the “ugly prospect” of a no-deal Brexit. They’re clearly worried. We should all be.

The spectacular cack-handedness demonstrated by the British Government since the Brexit Referendum feels more at home in a parallel universe where intellectual redundancy reigns supreme.

Boris Johnson, a man whose political integrity is as questionable as Titanic Captain Robert Smith’s navigation skills were on the night the ‘unsinkable’ vessel foundered in 1912, is likely to enter Downing Street a week from now as Prime Minister.

Never before in our neighbour’s long and complex history has an elected official who has achieved so little attained so lofty an office.

His understanding of the daily reality of civic and economic life experienced by those living on either side of the border on this island is defined by its puddle deep shallowness. As empty vessels go, Mr Johnson is as noisy as they come.

The level of official Irish concern was made plain on Tuesday last by the publication of the Government’s 117-page Brexit Contingency Plan, which states that the implications of a no-Deal Brexit “will be widely felt on a regional basis”.

Small and medium-sized businesses (SMEs), a sector which has experienced welcome growth in both Waterford city and county over the past two to three years, will be exposed to a no-deal’s blast radius.

In addition, the Government notes that such an outcome “will be felt most notably in many exporting sectors, including agri-food, indigenous manufacturing and tourism, as well as in importing sectors, especially those characterised by just-in-time supply chains, such as parts of the retail sector.”

Most worryingly of all, in the context of an economic recovery which, outside of Dublin, remains relatively low-key in terms of increased take-home pay, the Government has estimated job losses of between 50,000 and 55,000 should the UK leave the European Union without a deal.

From a local perspective, the new weekly deep sea freight connection between the Port of Waterford and Rotterdam Europort, operated by BG Freight in partnership with Maersk, is a welcome and forward-thinking development.

Regardless of an orderly or no-deal Brexit, increasing freight traffic in the South East is a necessary innovation and underlines the strategic significance of the 410-acre Belview Industrial Zone which currently supports almost 1,000 direct and indirect jobs.

“The supply chain has become very, very efficient and now, due to Brexit, there’s a threat to it, which may well leave us having to do things differently,” according to Port Chief Executive Frank Ronan. “But we’ll find a way to do what needs to be done.”

The new Rotterdam link is proof positive of the Port’s ambition, and Mr Ronan and his staff deserve enormous credit for grasping this particular nettle.

“We need to get the country collectively ready for all potential Brexit outcomes,” Tánaiste Simon Coveney said on Tuesday last.

That includes the worst case scenario which, ludicrously, the man most likely to be the UK’s next Prime Minister appears inexcusably and irresponsibly upbeat about.