Shotgun and pistol recovered by gardaí in Finglas 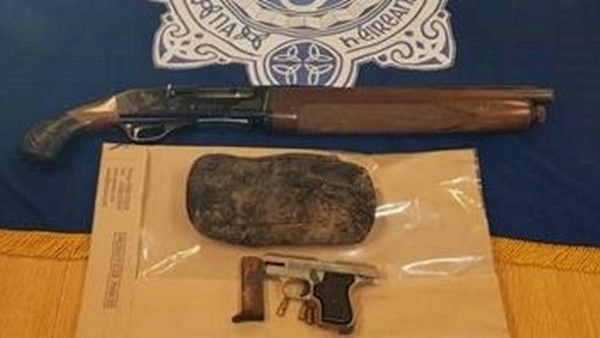 Gardaí in Finglas have recovered two firearms as part of ongoing policing operations targeting criminality in the area.

The operation was led by the K-Community Action Team.

The firearms were recovered when gardaí seized and search of two parked cars in Finglas yesterday.

A single barrel sawn-off shotgun along with a .22 pistol with four rounds of ammunition were found in one of the cars.

The firearms have been removed for ballistic and forensic examination and enquiries are ongoing.

No arrests have were made during this phase of the investigation.