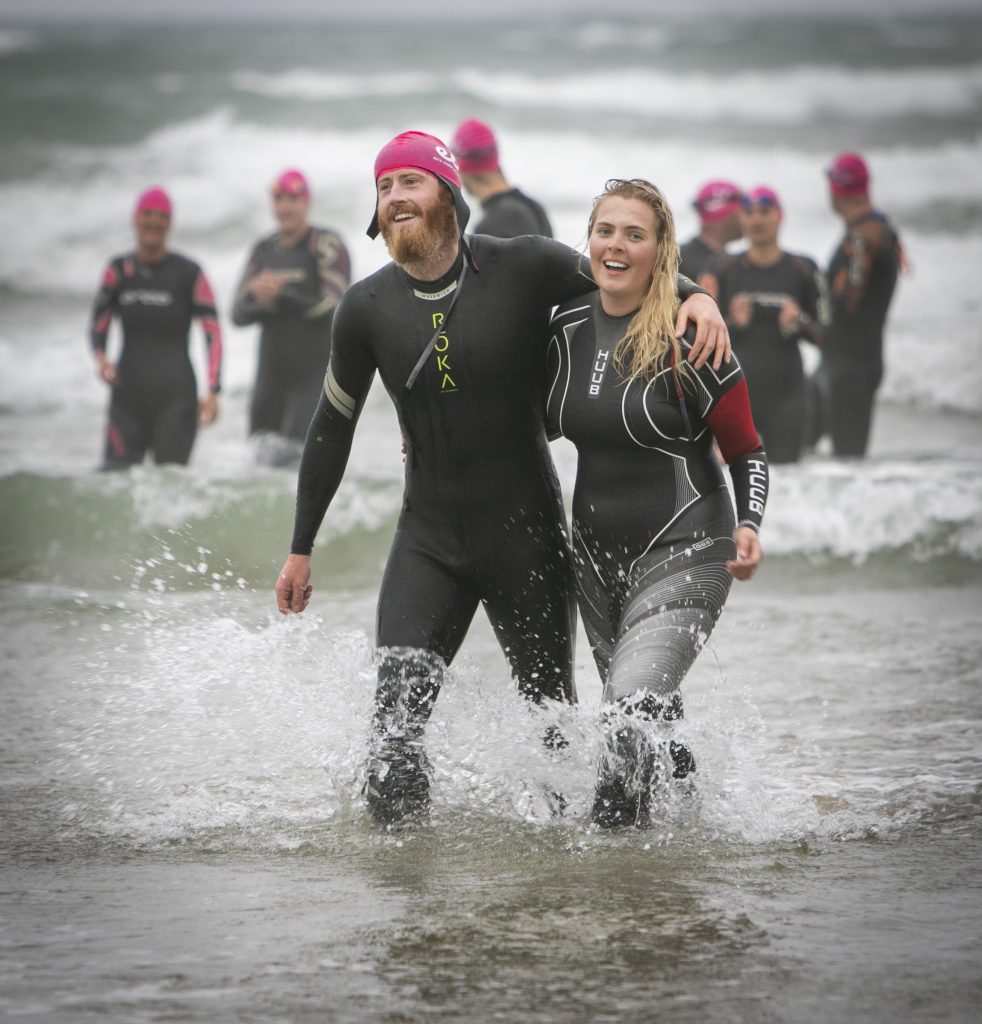 Alan Corcoran arrives back home after completing a length of Ireland swim, 500km from the Giants Causeway to Tramore, raising money for the Solas Cancer Support Centre and the Irish Heart Foundation; Alan is pictured with his girlfriend Karolíne Opavá who also kayaked the length of Ireland with him. Photo: Joe Evans

HOME from the hills, or in this case the waves – Waterford man Alan Corcoran walked in from the surf in Tramore on a rainy Sunday evening as if the 500km swim he had just undertaken had hardly made a dent in his energy levels. An amazing feat for a fantastic cause. Alan was swimming in memory of his father, the late Milo Corcoran, former FAI President who died in 2016. Alan’s swim was in support of the Irish Heart Foundation and Solas Cancer Support Centre. Alan was joined by a group of swimmers who flanked him, for the final 300 metres to the finish marker. He said that this swim was his effort to take “meaningful action” from the devastating loss of his dad. It was an epic undertaking by Alan and one of which Milo would be incredibly proud.

(from the Editorial, published in this week’s Waterford News & Star)