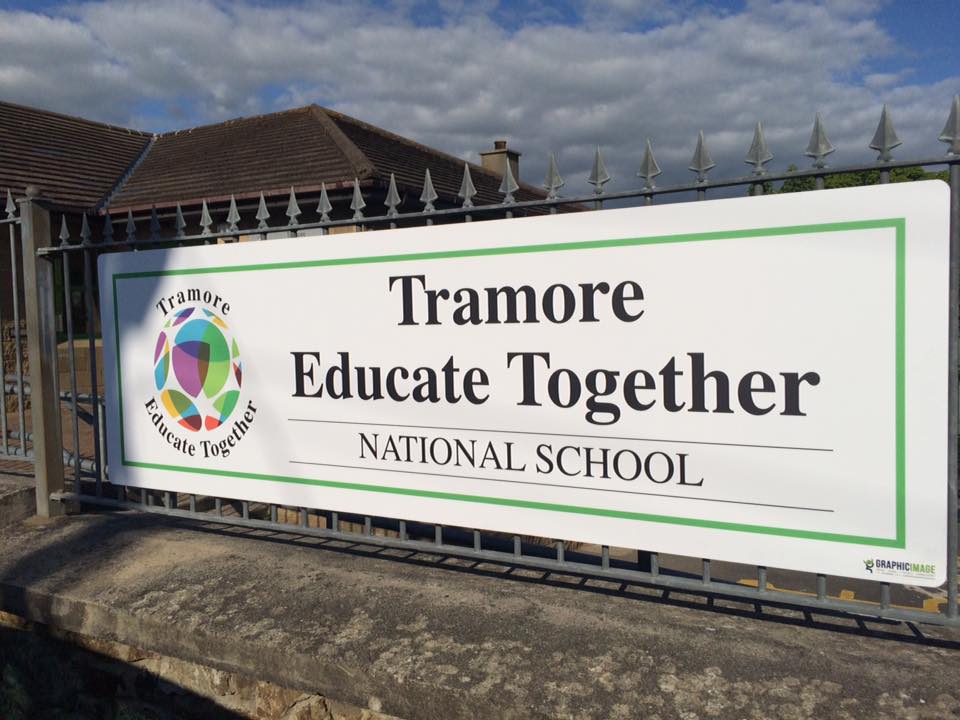 EARLY last week, the news broke through a letter to Senator Paudie Coffey that Tramore Educate Together National School had finally secured a permanent building following years of uncertainty and operating from two different sites. The community breathed a sigh of relief as it seemed justice had been served and a deserving school could now join the ranks of the other three national schools in Tramore who have moved into new buildings or been granted extensions. Adding to this relief was the decision by the Department of Education to unite the school on one site, behind the former Stella Maris school, until such time as the permanent building is available.

However, in a letter from Minister John Halligan, dated July 18, to Educate Together NS Principal Eilish Kelly, Minister Halligan said, “the Department has reviewed the request for the school to be located in one location”, however “the Department must be cognisant of the need to provide value for money for the taxpayer and is not in a position to approve the school’s request for such a short period on the one campus”.

This means that the school is left indefinitely in limbo, continuing to operate from two separate sites, while awaiting the commencement and completion of the proposed Glór na Mara school, in order to occupy the junior school which will then be vacant. A date has been suggested to the Board of Management of early 2021 as a likely timeframe for Tramore Educate Together NS to move into their permanent building, which is an altogether optimistic and unrealistic date. Given that the proposed permanent building, which has been agreed in principle only, was only ever intended in the 1970s as a temporary building, extensive renovations and upgrading will need to happen in order to make the building a permanent and fit for purpose facility. Coupled with this is the reality that there are six classrooms currently in the intended building – eight classrooms are needed when taking into consideration the two junior classes.

Realistically as it stands, the new building will not be fit for purpose without these essential structural and safety based changes, and there has been no guarantee that the Department will provide funding for any of these works and these worries are shared by Principal Eilish Kelly and Board of Management Chairperson, Corinne McLaughlin in conversation with the Waterford News & Star.

Adding to this pressing concern is the reality that the inclusive nature of the school ethos is being strained in being forced to run a school from two separate premises until at least 2021, with no solid space for the incoming junior infants in September. From a financial perspective, this raises costs significantly through the necessity for insurance, bins, phone lines, internet lines and fire certificates on two premises; not to mention the break in staff and student communication across two premises, with the ideal situation being that younger students, quite literally, educate together socially and academically with the senior students. The school board have reiterated their appeal to the Department of Education to take into consideration the health and safety risks posed when running a school from two premises and to revert back to their original decision, to unite the school.