TIME OUT WITH TIMMY: Biting the Big Apple 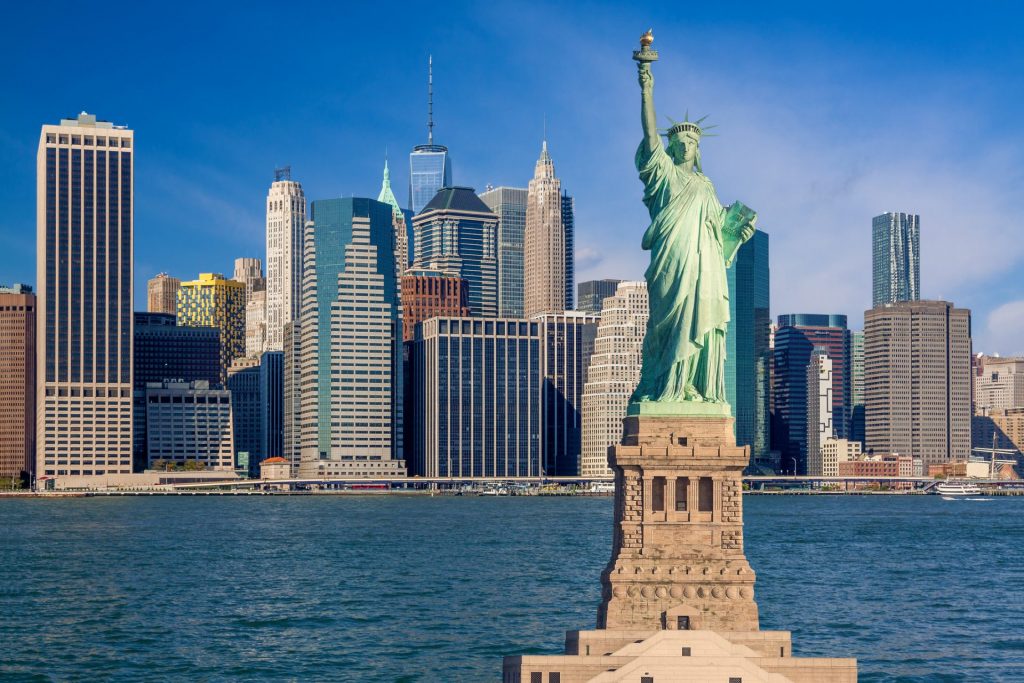 ‘For those wondering if it’s a safe city, let me put it this way, I’d feel safer in New York at 10 o’clock at night than I would in Dublin’

IT’S a hell of a town or so the saying goes, and I’d agree. It’s up there with the greatest cities in the world. I have been a few times both pre and post 9-11. My most recent trip was probably ill advised considering the time of year, but circumstances dictated July, so the dreaded heat and humidity just had to be endured.

Not that I’m complaining mind. I would gladly endure a little stifling heat anytime to be able to sample a little of the delights of such a buzzing and vibrant spot. Thank God for air conditioning.

During the downtimes in our trip, all the usual tourist haunts and well known spots got a rattle; Central Park, Times Square, SoHo, The Village, Chinatown, Coney Island. And while Manhattan’s Little Italy is a tourist heavy spot, I love it. Mulberry Street is usually bursting with life and teaming with passers-by. Predominantly tourists who are eagerly sought out by restaurant door staff vying with their competitors to persuade them to sit down there and sample their delights. I watched them in action one evening from my terrace table and was greatly impressed by the hit rate one chap seemed to be enjoying as he landed quite a few customers.

Despite it being tourist central, I can’t say enough about the meatballs, they won me over after the first bite, but here I feel I have to give a timely warning. If you have never been to the Big Apple and are planning a visit, a word to the wise if you are partial to a glass of vino. This goes for any bar, pub or restaurant. Check how much a single glass is before you order. Even in an Irish bar, I was floored by the ridiculous charge of some 14 dollars for one glass of house wine! You can pay even more depending on where you are so beware. In some cases, the bottle wasn’t much more. Most odd.

The tipping system is quite annoying in the States. They help you by carefully calculating various tip amounts at the end of the bill. In one bar a member of staff actually circled one of these amounts with a biro and wrote “suggested tip” on the bill. He could tell we weren’t from there. It was a tad cheeky to my mind as the service wasn’t that good. I left a tip, but it was not what he had ‘suggested’! Wrong tactic pal. I’m happy to tip decently for good service but I resent staff trying to make my mind up for me. Some chain restaurants have actually been busted over the years for ripping off diners with a second tip being added in some cases.

Sadly, there’s also a variety of tricksters who seem to be hovering about only too ready to separate you from your dollars, but awareness is half the battle. Try this scam I came across for size. The premise involves an apparent accidental bumping into a total stranger, usually at a subway station. The perpetrator drops a bottle of booze, which is most likely water, and you as the innocent “mark” feel guilty and obliged to reimburse the conman for the price of the bottle. Similar to that one but equally devious, an unaware individual steps out of the subway, he or she bumps into a large man who accosts them and points to a pair of shattered eyeglasses.

“You broke my glasses”, the cry goes up and they mutter on about how they are expensive. They then angrily demand payment for his precious eyewear. The scammer’s glasses are cheap and the whole point again is to milk payment from an innocent tourist.

That jolly holiday snap of a colourful character in Times Square can cost you too, more than you might have anticipated. I noticed some rather pretty, scantily clad ladies doing their level best to attract tourists to get a selfie with them. Don’t do it unless you’re prepared to pay tips of 10 dollars or so.

Spiderman is also on the go in the neighbourhood, but as he’s currently a hot topic he expects a generous donation as well. When they don’t get the tip they want, some have been known to get annoyed and demand more.

One of the most common scams involves the free Staten Island Ferry. Those who have never boarded the ferry or are new to the city may be under the impression they need a ticket, even though the ferry is a free service that operates around the clock. Scam artists can often be found outside the Ferry terminals, offering to sell you a ‘cheap’ ticket. Scammers will often negotiate the price, happy to get rid of their “tickets” to an unsuspecting visitor. Advice is, leg it and don’t engage them in conversation.

This one actually almost happened to me on this trip. The gag here involves someone in the street suddenly offering you a “free” CD. Some instinctively take it. Then the scammer will quickly sign the CD while you’re holding it, and demand money. The scammer will claim they can’t sell it to anyone else since they already signed it. I was absentmindedly walking down the street when someone proffered said CD. It was an instinct that my hand went out but fortunately I remembered where I was and just before I took it, I refused and kept going. Again, don’t engage.

Taxis from the airport need to be sorted with a bit of thinking and hopping in to the nearest available when offered by a guy outside the terminal could cost you dearly. Always try to choose your own taxi in advance and go with reputable firms.

Always an attraction in New York, the theatre. Did you know you don’t have to pay full price for Broadway shows? Well as long as you’re happy to see what’s available. Like London there are ticket booths where you can get discounts. You’ll probably have to queue for a little while if you don’t get there early, but the savings are really good. I didn’t get to see any shows this time, but I saw the queues of savvy travellers at the booths each day.

I suppose you can’t have the hustle and bustle of such a large city without the odd drawback, but you don’t need to be a victim. A little time spent doing some homework before you travel anywhere is surely nothing more than common sense.

For those wondering if it’s a safe city, let me put it this way, I’d feel safer in New York at 10 o’clock at night than I would in Dublin and I’ve never felt threatened or experienced an intimidating atmosphere there. Like any big city, you need to be on your guard against pickpockets and, yes, muggings do occur, but they do everywhere for that matter. If you are making a trip there soon for the first time, I envy you. You have so much to see and take in, whatever your interests and there’s no way you will explore all it has to offer in one visit.

Try getting aboard the hop on, hop off tourist bus. It’s a cool way to get on overview of the town and the guides relate tons of interesting facts as you enjoy the sights. Make the most of it and take a good bite out of the Big Apple. It’s always ripe.

TIME OUT WITH TIMMY: Whatever became of yer man?