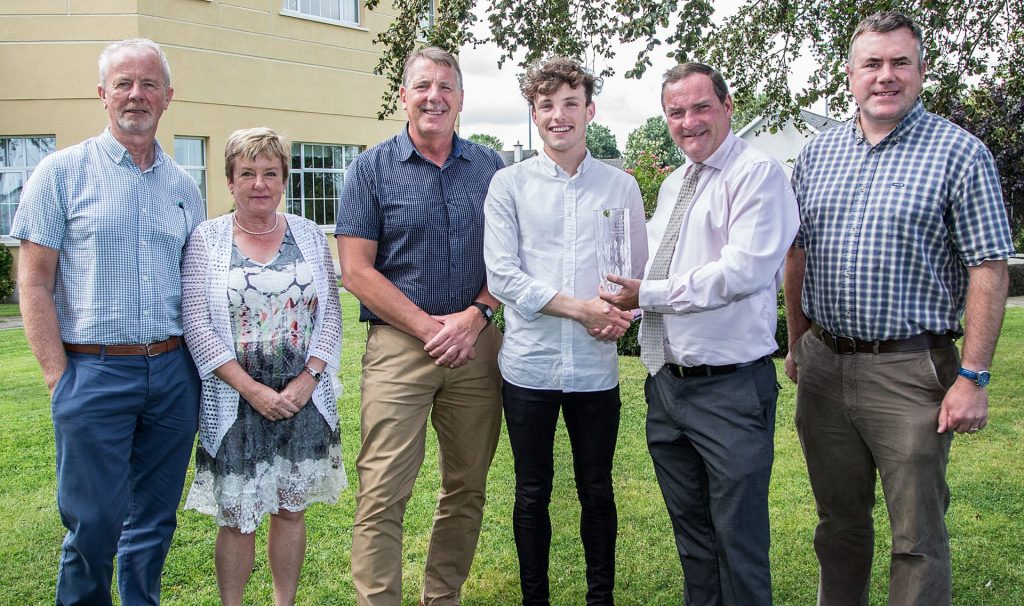 Last summer, Tramore’s Kieran Jackson, became the first triathlete to win a Park Hotel Waterford Sports Star monthly award. On Friday he was back at the Park Hotel to pick up his second monthly accolade.
June was a great month for Kieran. It began with a great win in Athy on his seasonal debut. After that he became the first man to win the Hook Or By Crook Triathlon in Dunmore East three years in a row and he finished the month with an superb performance in the International Super League in Poland.
At the awards lunch, Pierce Flynn of the Park Hotel congratulated Kieran on his wonderful achievements for June and wished him well for the rest of his season. Kieran was joined by his mum Margo and dad Damien and other family members, while Ger Lawton represented the judges.
After receiving his award, Kieran gave his reaction to his second Park Award.
“It really means a lot to me to me to win this award. To get the recognition from the Park Hotel, the local papers, the local radio and for people in Waterford to be able to see exactly what I’m doing as an athlete means a lot to me and I greatly appreciate this award as I did with last year’s award. I absolutely love it.”
After a long winter and spring of hard training it must be lovely to start of your season with a win and that’s exactly what Kieran did in early June in Athy.
“It’s very nice to get a win under your belt in your first race of the year. It shows up the good and bad areas of your training over the winter and shows you were you are for the season ahead.”
After that it was back to home soil as Kieran made history by becoming the first athlete to win the famous Hook Or By Crook Triathlon in Dunmore East three years in a row. That must have been very satisfying.
“Yeah, three in a row was pretty special to be honest. I always try to make sure I’m fit and able to race in my home county in my club (Waterford Triathlon) colours and therefore to be able to do that again this year and claim the three in a row really meant a lot to me.”

CANADA BOUND
Then at the end of June Kieran made his debut in the International Triathlon Super League in Poznan and Poland and finished an excellent fifth in a top class field of triathletes from all over the world.
“Yeah there’s guys competing there from the USA, the UK, Australia and all over so yeah to finish fifth there was a really good and positive result for me and because of that performance the organisers invited me to the next round of that League, which is in Canada next weekend in Ottawa. I fly out Tuesday (today) and I’m really looking forward to it.”
After Canada this week, what’s the plan for the rest of the season?
“Two weeks after I get back from Canada I’ll be taking part in the National Sprint Triathlon Championships in Dublin so hopefully I can put up a big showing there. After that, depending on results and how my form is, I hope to away to a few World Cup events at the end of the year and then wind down the season.”

ON HIS BIKE
With that, I turned off my voice recorder said my goodbyes to Kieran and his family and sat into my car to drive back to the city, still stuffed from a beautiful lunch. Kieran on the other hand went to his car pulled out a bike and gear bag, went into the hotel, got changed and cycled home to Tramore to work off his lunch. When I asked him how long it would take, he replied, “about two hours, but I need to do three hours on the bike so I might cycle into the city and then back out to Tramore.”
That my friends is the difference.