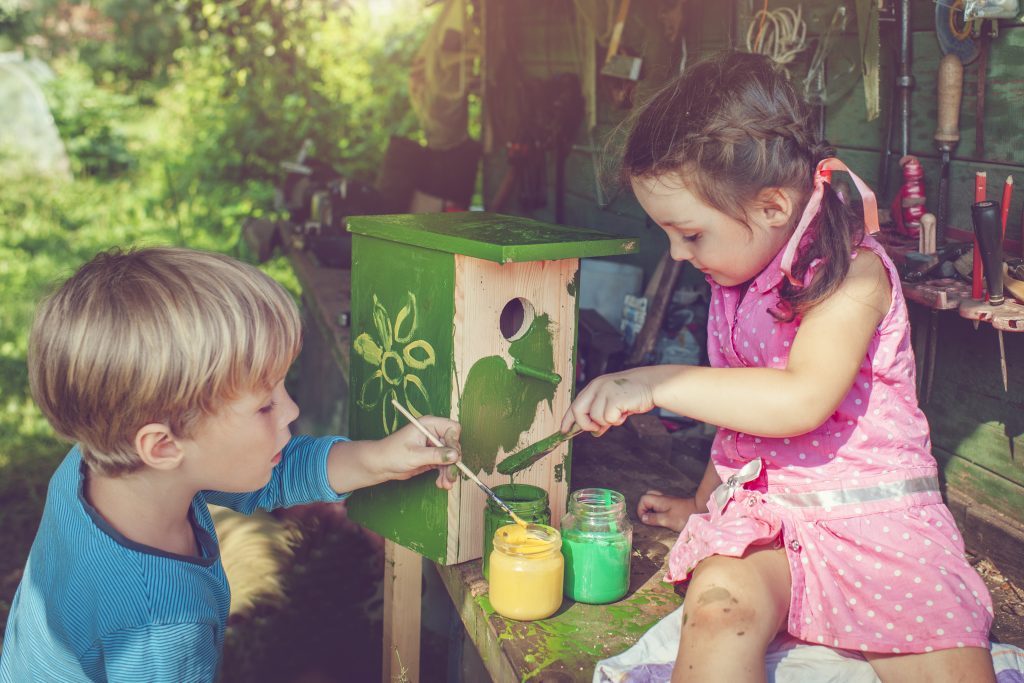 ‘In work recently, I have seen a flurry of panicked parents frantically trying to organise alternative childcare and fun for stranded children while the rain dripped down outside’

DURING the long summer holidays, summer camps are a parental godsend. Some structured time where the children can be entertained, looked after and kept busy for a few hours of the day while you’re attempting to keep a semblance of normality in your life. There are an endless selection of these camps to choose from including cooking camps, a myriad of sports camps, martial arts camps, music camps and arts and crafts camps to name but a few. Sending the kids to camps means a little less childcare worries, a few hours where they aren’t complaining of being bored and the precious company of other similar aged little ones in the same boat.

There’s only one small snag. Well, maybe two actually. First off, they cost an absolute fortune and secondly, some of these grandiose outdoor sports camps that are difficult to get into have a tendency to cancel the day’s activities at the drop of a hat if rain is threatened. Being Ireland, this is a fairly inevitable occurrence, especially during the summer months, so one would be forgiven for thinking that the organisers may have a plan B organised for such an event. But one would be incorrect. In work recently, I have seen a flurry of panicked parents frantically trying to organise alternative childcare and fun for stranded children while the rain dripped down outside. Surely there should be indoor fun arranged by the camp that you are paying through the nose for. But no, apparently not. How absolutely mad is that?

Now obviously this doesn’t apply to all camps. Many do indeed have lots of indoor games and facilities in which to occupy the campers when the rain drives everyone inside. But there are some that have no alternative and thus you book your child in for the week expecting the inevitable call to come and collect them at least once. Might I add, there is also no sign of a refund either so it ends up costing you twice as much as frantically organised childcare doesn’t come cheap. Surely this needs to be addressed.

I half expected an unplanned “Bring Your Child to Work” Day when the recent deluge of rain arrived. Camps were cancelled all over the place and the building I work in was emptied as parents ran to their rescue. Maybe that’s the answer. Maybe having the kids in the office with you would actually be effective. You would be so busy showing off how brilliant you are at your job that your productivity would increase tenfold. All of a sudden you would be organised, efficient and super friendly to everybody, instead of barking at all your colleagues and growling into your coffee. In fact, maybe the little ones could help you out. They could colour co-ordinate the white boards, do some shredding and maybe a little tidying up. Then they could draw on some blank pages in the canteen while you do other important stuff. In reality though this isn’t that practical. There’s all that health and safety palaver that gets in the way and prevents invasions of children and for very good reason let’s be honest. Plus, although we are contractually obliged to be at our place of work for so many hours, many of us look forward to the time away from the relentless needs of schoolchildren on holidays. So maybe we just need to become more creative and figure out our own plan B for when the camps let us down, because judging by the predictably changeable Irish summer weather, we may just need it…shh Mum’s the Word.

We went to a lot of bother to get a safety scissors for the youngest niece. Our idea was to have lots and lots of arts and crafts to keep her busy while we were having a drink and a catch up. The colours were brought out, the coloured paper, the shapes, the glitter, the whole works. We thought of everything. Except it turns out we actually didn’t. In our haste to entertain we neglected to remove the tag from the safety scissors and the poor child got a nasty paper cut. So much for the safety of the safety scissors. We’ll bring the iPad next time.

You can spend a fortune on expensive toys, complicated video games and proper sports equipment but sometimes the simple approach is best. The only thing we have invested in this summer so far is a deck of playing cards. Now the whole family is stepping away from the television, putting down the phones and gathering around the kitchen table. So if anyone is missing us, you know where we’ll be – shuffling and dealing and having riotous fun.