THE BOOK NOOK: Daisy Jones and the Six by Taylor Jenkins Reid 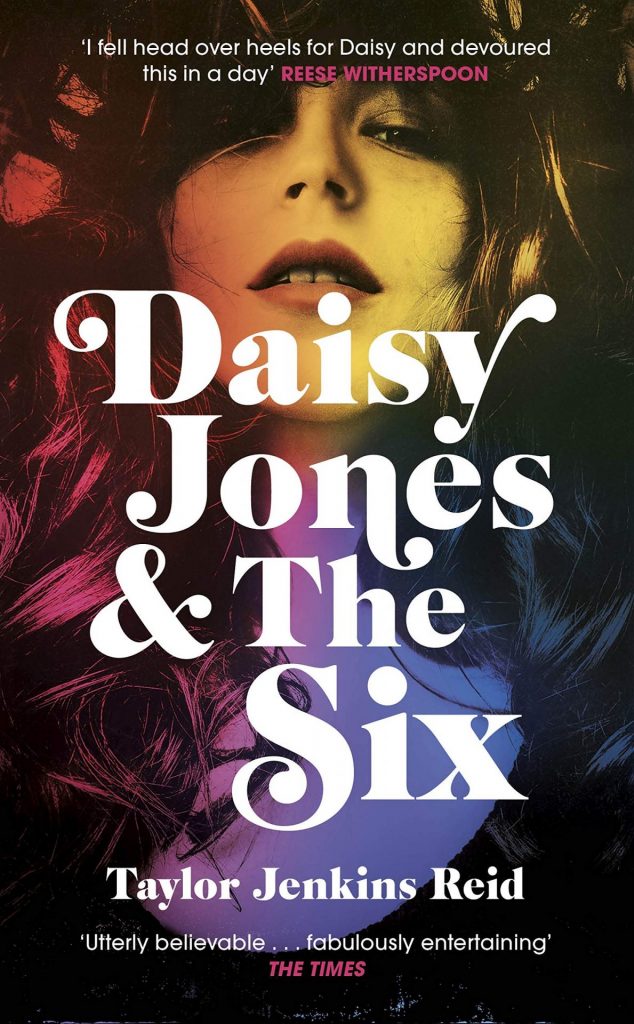 I NEED to open in a very unprofessional way and declare straight off that this book was glorious, absolutely glorious. Daisy Jones is introduced to us in the late sixties, as a young teenager who, with doe-eyes and youthful exuberance, sets about launching a singer/songwriter career in the Californian Hills. At the same time, brothers Billy and Graham Dunne began building their band, who eventually became The Six. When a management decision sees them joining with Daisy Jones to become Daisy Jones & The Six, the spiralling effect of success and ambition is infectious.

There are pills, champagne, heroin, cocaine, uppers, downers and reigning chaos. The writing is charged with the electric energy generated by each band member and the breathlessness with which they careened toward chart-topping success. The style of writing took a little getting used to, the entire book is written in interview style, compiling an oral history with alternating viewpoints offered by each member of the band in staccato conversation with the interviewer. Once I adapted, the writing took on an incredible strength and author Taylor Jenkins Reid took such a novel concept and made it absolutely spellbinding.

Daisy Jones has a heavy fringe, long hair, bangles the length of her arms and no bra. On anyone else, not wearing a bra on an album cover could be seen as attention seeking, posing as a sexual figure. On Daisy, however, not wearing a bra added to the sense that Daisy trail-blazed through the seventies, her style free and her spirit untameable. There was a fragility to her, a vulnerability which is fully explored through the abundance of song lyrics included by Taylor Jenkins Reid.

Daisy is filled to the gills with an assortment of drugs, not because she wants them but because she needs them. Similarly Billy Dunne in the earlier part of the novel is snorting heroin and liberally reliant on alcohol, not because he enjoys the lifestyle but because he cannot stop. The dynamics and the power share between Billy, Daisy and all members of the band makes for a test on human endurance, human interaction and the insights offered by the author into the wave of feminism in the seventies and the reality of the Rock n’ Roll era is extraordinary.

Taylor Jenkins Reid reportedly spent six solid weeks of research to develop and shape this faithful rendition of the seventies and she has done a stunning job of it. The narrative is flawless, seamlessly moving from speaker to speaker. Oddly enough, in hindsight, we are told very little about the intentions of each character but on reading it, you don’t need to be told, you see it vividly because the characters live and breathe on every page in a blaze of chaotic beauty. The strength for the most part lies in what is not said and only what is implied.

While Daisy is certainly the captivating centrepiece of the novel, for me the star was Billy’s wife Camila. Her strength, her loyalty and her tenacity made for one of the greatest female characters I have read in quite some time. All the way through, even though this is a work of fiction, you are aware that you are reading something very special and you are truly rooting for the band and the relationships within the band. There are marriages, addictions, children, the issue of abortion is tackled, the role of women is emblazoned, I would change absolutely nothing about this novel because the private and public is equally addressed and every word is important.