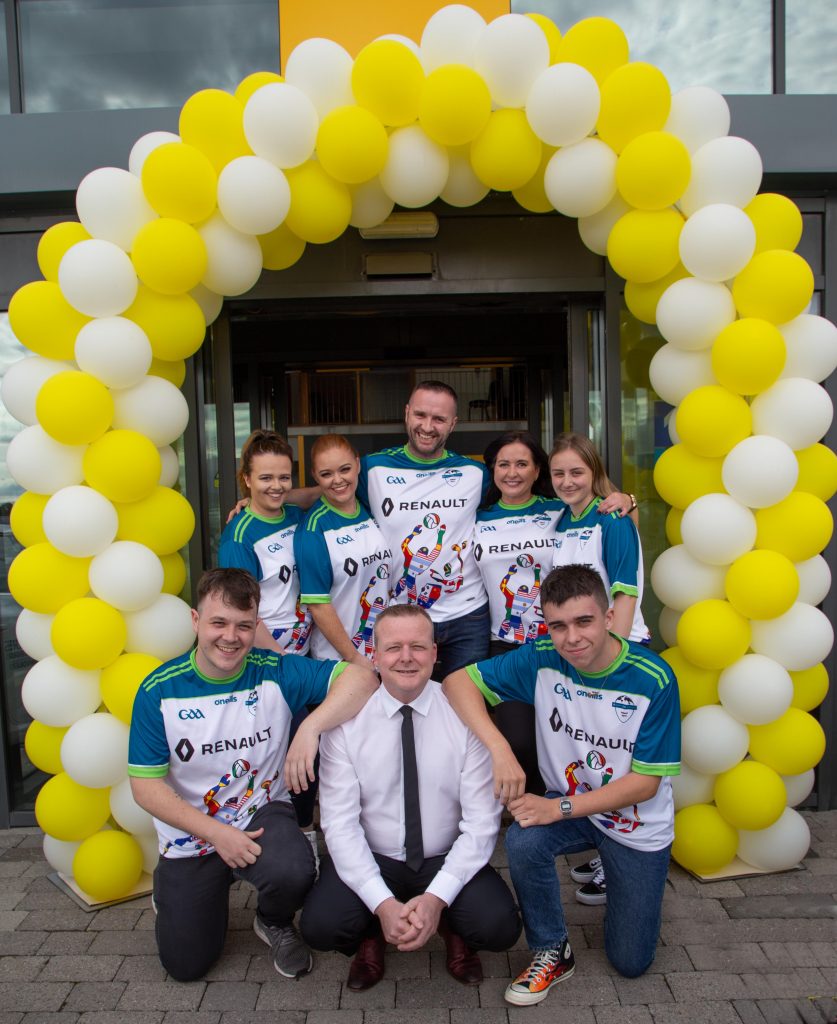 One of the highlights of the Renault GAA World Games in Waterford 2019, for anyone that was there, was the GAA panel event held at H&H Motors on the Cork Road on Wednesday night last. It was hosted by Keith Cullinane and his staff at H&H Motors and was attended by GAA President, John Horan and Renault Ireland CEO Paddy Magee.
The stars of the night though were undoubtedly the panel and of course the genial MC, Marty Morrissey. The panel was comprised of Waterford hurling legend turned RTE co-commentator supreme, John Mullane, two time All-Ireland winning captain and former Clare and Dublin manager Anthony Daly, nine time All-Ireland winner Kilkenny’s Jackie Tyrell and representing the football world, Westmeath All-Star Dessie Dolan.
On the night Marty guided the panel and us the audience through a wide variety of hot topics in the GAA and the panel answered every question they were asked with candour and vigour, with plenty of great stories added in for good measure.

GREAT NIGHT
If I was to bring you detail of all that was said on the night then I’d need most of this supplement to do it justice but from a local viewpoint, John Mullane had a few interesting things to say about his time as an inter-county hurler.
“My earliest memories are of going to watch Waterford play in Thurles or Pairc Uí Chaoimh or Limerick and that’s all I ever wanted to do. Gerald McCarthy gave me my debut in 2001 and I got on great with Gerald. Unfortunately that was his last year in charge. Justin came in then and we won a few Munsters and looking back now it was regrettable how his time ended. I voted for him to go but looking back now it wasn’t good the way it ended. I had the my best four or five years under Davy and his attention to detail was incredible and I’m not a bit surprised what he’s done in Wexford and then Scully (Michael Ryan) came in and he did a great job too.”
When discussing the influence of managers on teams, Mullane was adament about players relationships with their manager. “Whether a player has a beef with his manager or not it should never affect their performances or from you giving 100% for the jersey and for the fans.”
When asked for his toughest opponent, John said, “inside the county it would be Brian Greene and outside the county it would be Ollie Canning.” 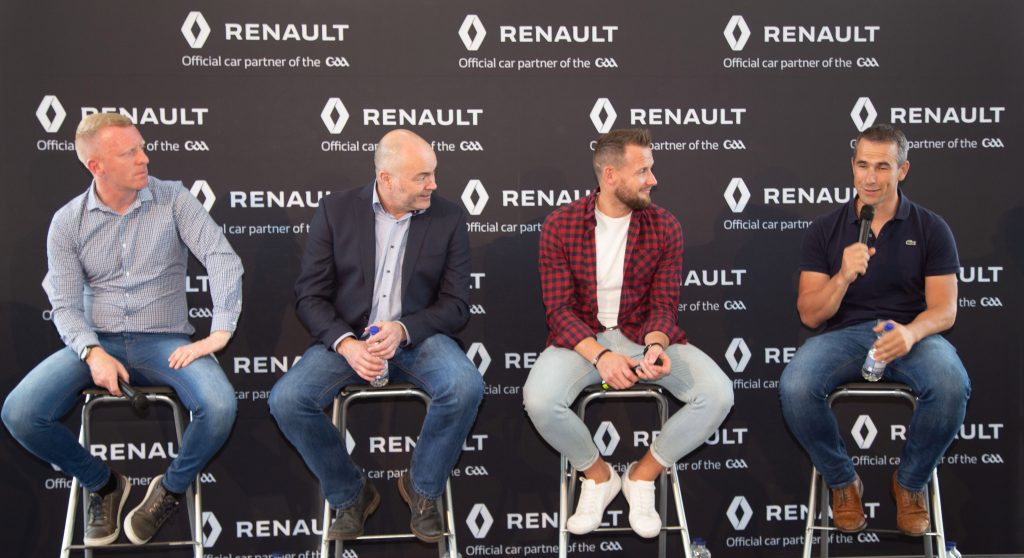 ‘BIZARRE SUNDAY GAME’
Last Sunday week’s Sunday Game analysis by Derek McGrath and Donal Og Cusack has come in for a lot of comment in the past week or so and the panel also had their say. Jackie Tyrell said he felt that “they were two brilliant games (All-Ireland semis) and I didn’t think they got the justice they deserved.” Anthony Daly described it as “bizarre. We didn’t even see the three disallowed goals.”
Despite all the controversial decisions in both All-Ireland semi-finals, all four men are against two referees, but Anthony Daly suggested bringing in a two point free for cynical fouls in hurling.
On changes to the GAA, John Mullane suggested that the time had come for camogie and ladies football to come under the GAA umbrella and pointed to the unbelievable fact that the Wexford ladies played football championship at 1pm on the day their hurlers were playing Tipp in Croke Park. President Horan responded by saying that a lot of work was being done behind the scenes to ensure that the organisations worked closely together in future.
While the chat and questions from the floor were mostly hurling related, Dessie Dolan did get some air time and was very good when he did, including telling a great story about his famous missed free against Meath and a 100th Birthday Party.
All in all it was a great night of GAA chat and stories and a wonderful musical interlude by the South African Gaels ladies and men’s football teams. 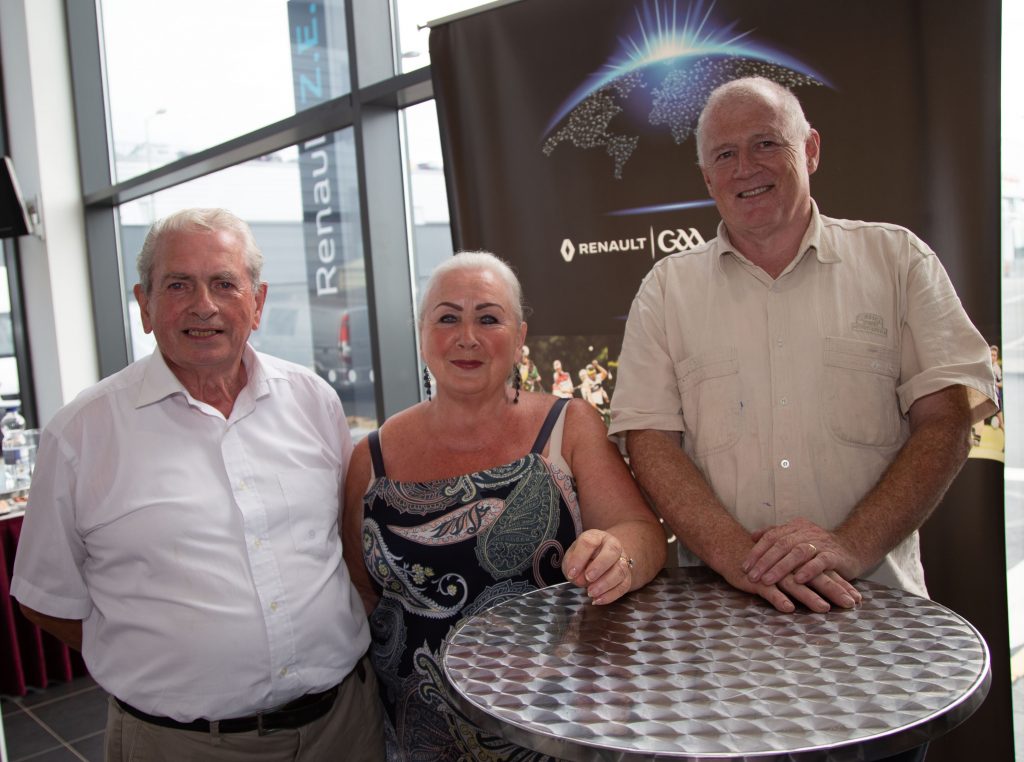