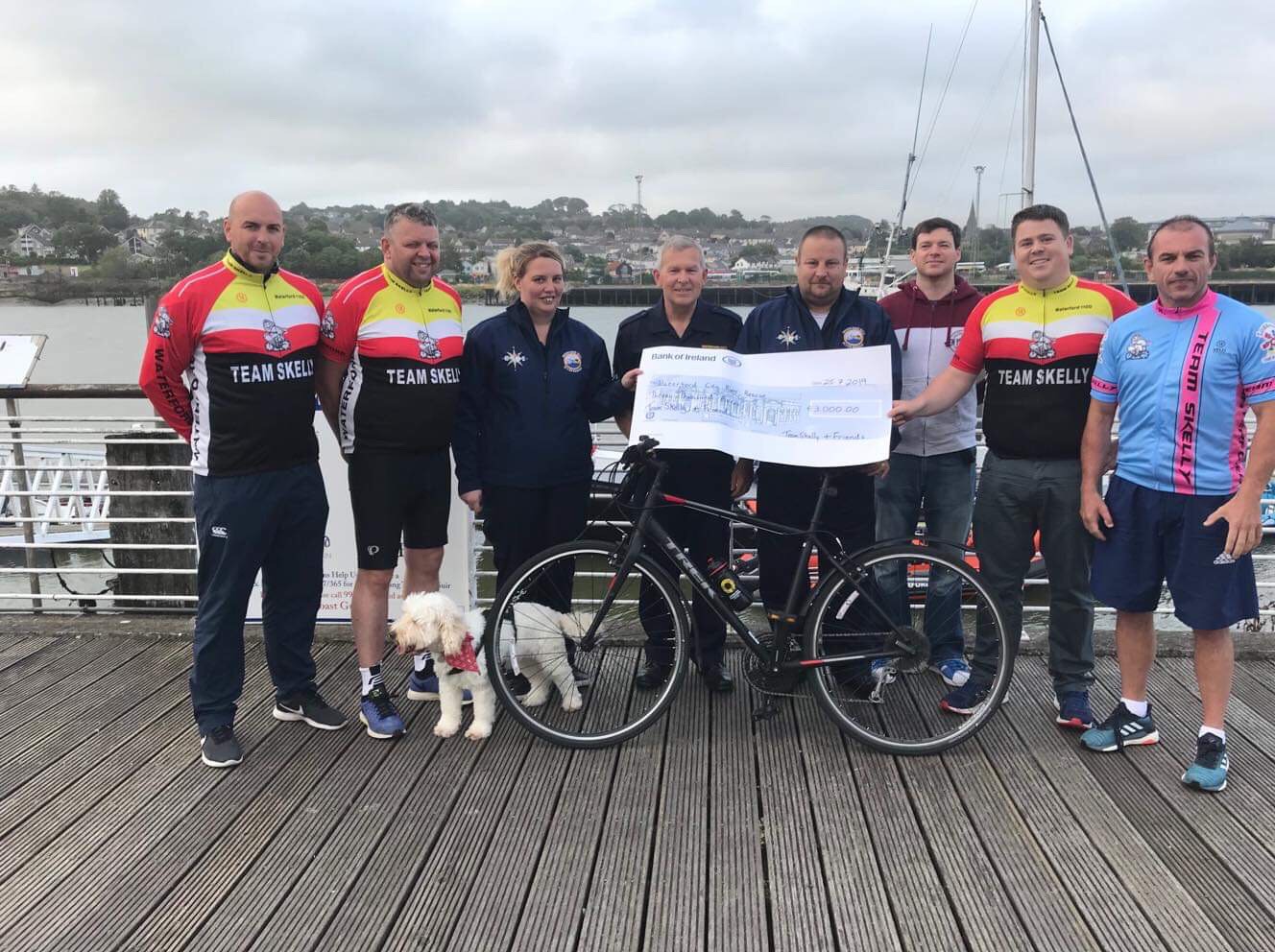 AROUND 40 cyclists helped raise funds through a charity cycle to Hook Head recently, with the money raised going towards a new boat for Waterford City River Rescue.

The group, Team Skelly, left the William Vincent Wallace Plaza for Wexford and one of the organisers Wayne Jacob said everyone who took part enjoyed a “brilliant day”.

“There were people who met us on the ferry on the way over who asked us if they could become a part of the cycle on the day, they’re a group in Waterford called the Viking Vixens who made donations and came on board for the day.

“A big part of the day was paying respect to a man called Lenny O’Neill who lost his life recently in the river. His family came with us and we stopped into the cemetery in Duncannon, gathered around the grave and made a presentation to them. After a bit of grub and a chat at Hook Head everyone went home after a great day.”

Regardless of the cyclist’s fitness levels they sailed in unison and Wayne added that the day didn’t just exceed their expectations in terms of the number of participants – they had expected 10 to 15 cyclists – but also in terms of the money raised for a very worthy cause.

“We couldn’t believe it – when we started off it was on a whim and we were hoping to raise €500 or €600 but I think so many people wanted to help out because people wanted to give a little to a great organisation and we ended up raising €3,000.”

He credited WCRR for their work and thanked Passage East Ferry for allowing the participants to pass over the estuary on the day.