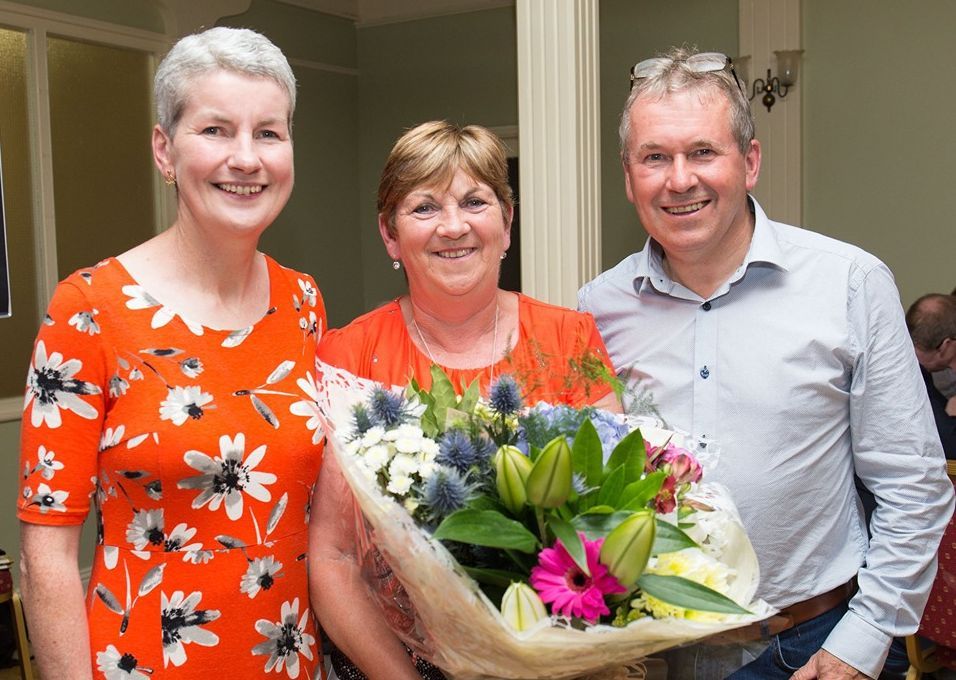 IT was a nostalgic and very happy group of past pupils of Ballinacourty National School, Dungarvan, who gathered in The Gold Coast Hotel last week to talk of old times and launch a book on the occasion of the 50th anniversary of the closing of the school. Many of those pupils who passed through the doors of that modest, rural, coastal academy chatted with fellow pupils they had not seen for decades. Some had come from the USA, France and England for the occasion and chatted late into the night, long after the regular patrons had left for home.

A book about Ballinacourty school days and memories of some of the scholars who attended there entitled, ‘The Memories Between Us’, was launched and proved an immediate hit with the attendance. The book was compiled by Mary Lawless, Bríd Dunford and John Foley and encompasses memories of and about pupils and teachers over the last decades of the school. It also contains a wealth of photographs from earliest times, which brought back many nostalgic memories of challenging times, many of them happy, but inevitably a few which brought back memories of times which were hard, discipline tough and little sympathy for those who were punished.

Many of the local families were there or represented with up to nine members of one family, the entire group of siblings.

As the night wore on, the conversations were always about the school, their fellow pupils, the times, the teachers and the simple and basic conditions of the day. Events were recalled, teachers’ styles and habits were dissected and recollections, sad and happy, were replayed into the small hours.

It was a happy occasion, memories of which will go all around the world whether carried personally, via technology in all its forms, or as a copy of a book which will remain on many bookshelves for decades.

Dungarvan My Home Town: News From The West