WATERFORD has been chosen from 500 cities as lead partner on the Creative Europe Murals for Communities initiative – an arts project that aims to build engagement with under-represented communities.

The initiative is being led by Waterford in partnership with two other European cities, Heerlen in the Netherlands and Kaunas in Lithuania. Out of the €200,000 awarded to the three cities, Waterford received €90,000, which will be spread out over two years to implement the programme from start to finish.

As part of the project mural artworks are set to be brought to life in Waterford by experienced artists in collaboration with three communities in Waterford city – the Polish Community, Sudanese Community and the Penrose Court Residents Association.

Edel Tobin from Waterford Walls, who is managing the project with the Waterford Cultural Quarter team, told the Waterford News and Star that they were delighted that European funding was granted.

“We are working with Heerlen in the Netherlands and Kaunas in Lithuania. Basically we are implementing a murals programme with communities in each of those cities with a team of six artists that rotate between each city,” she said.

Work on the initiative started with workshops on Saturday last. The murals are set to be painted this week.

“In Waterford’s case we decided to work with new communities that have settled in the O’Connell Street area, which is the designated area of the city for the Waterford Cultural Quarter,” Edel explained.

Speaking about the reasons why the communities were chosen out of the vast array of nationalities living in the city, Edel said they are all living and working within the Cultural Quarter. “We felt that they would be the best cross section of communities to work with,” she said, adding that they were trying to reflect their experience of moving to and working in Waterford.

From the information gathered in the workshops artists interpret some of the ideas and transform them into murals. There will be one mural per group painted on O’Connell Street – on Kavanagh’s Wall, Penrose Lane apartment complex and one on Thomas Hill.

She said that the groups don’t necessarily feel disconnected from the wider community of Waterford, but were flattered and delighted that they were chosen to take part. “They see it as a great opportunity not just to connect in with Waterford but also with each other,” she said.

According to Edel there is easily 20-30 different nationality groups living in Waterford, and the initiative is all about linking everyone together.

She gave special thanks to Michael Quinn and the Waterford Council for pushing the project ahead to lead this programme.

“It is great validation of the work that has been done by Waterford Walls to date in putting Waterford on the map as the street art capital,” she said. “The marks that they gave us for the application was very high.”

Katherine Collins said, “Murals for Communities is an exceptional project, and has the potential to make a massive impact on the communities in the Cultural Quarter in Waterford, as well as on our partner cities in the Netherlands and in Lithuania. The funding shows huge confidence in the work that the Waterford Walls team are carrying out and will greatly aid the skills and development of murals artists. The Waterford Cultural Quarter team are looking forward to leading this project with Waterford Walls to deliver outstanding mural art with the residential, business and creative communities of O’Connell Street and beyond.” 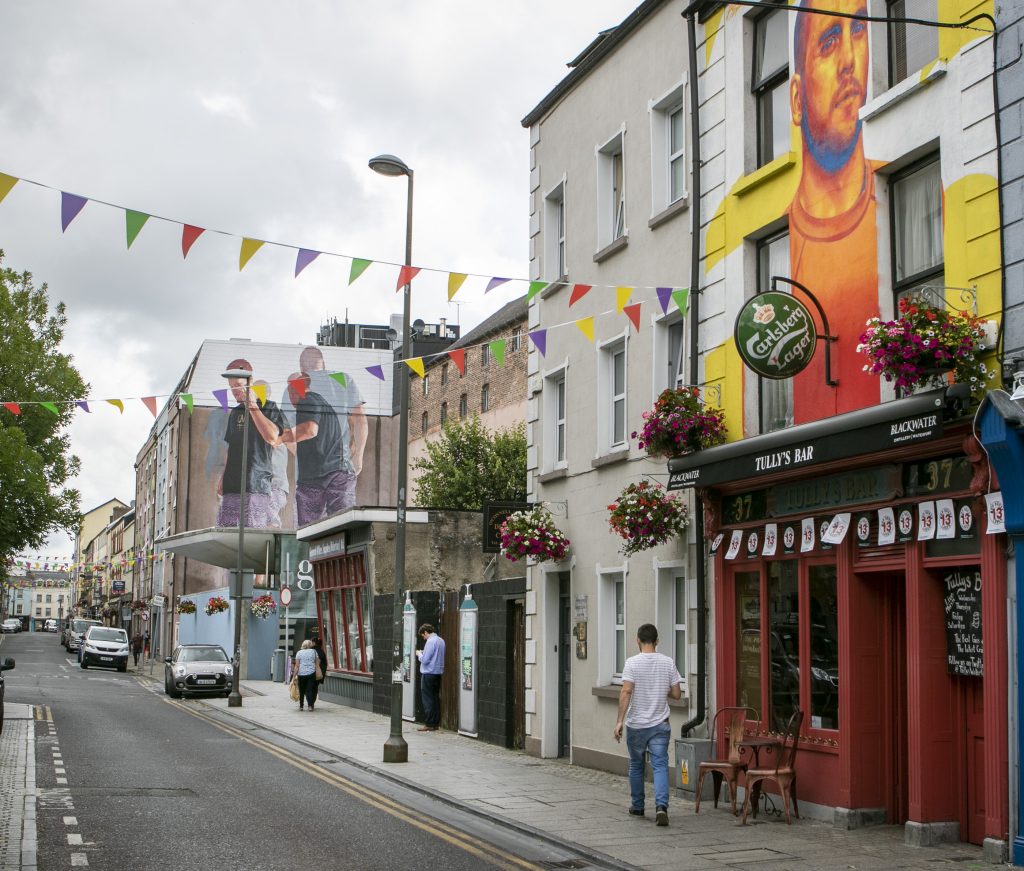 Déise Garda Watch: Over €50k worth of cannabis seized