Grand Hotel to have its day in court 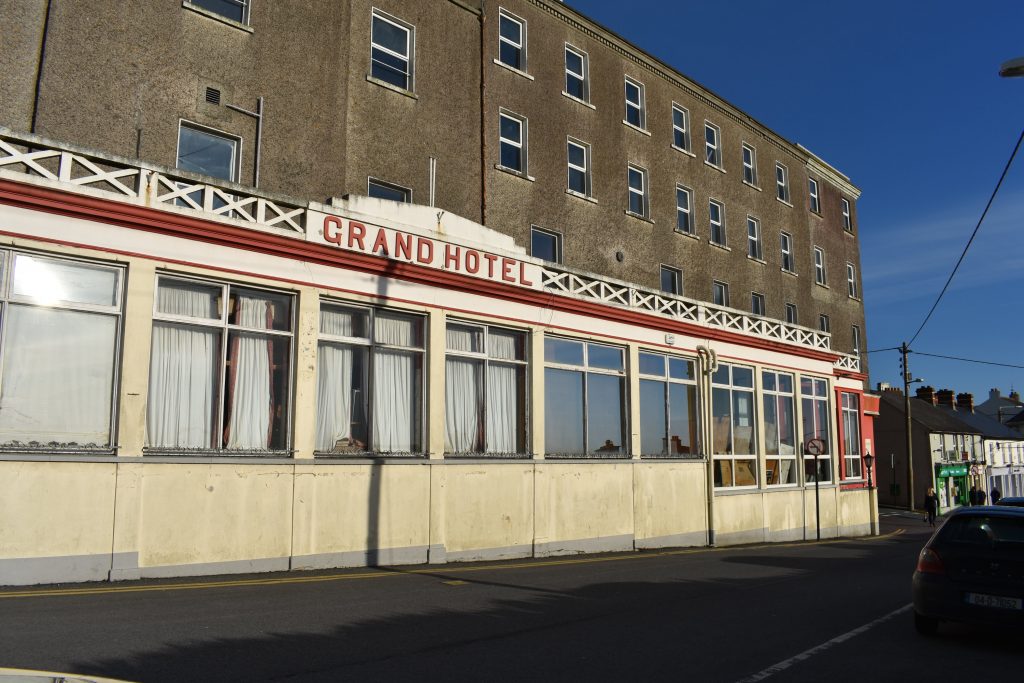 IT was confirmed last week by local Fianna Fáil Councillor Eamon Quinlan that as part of the derelict sites notice, issued by Waterford City and County Council against the owners of the Grand Hotel in Tramore, that a court date has been set for this coming October as the standoff between the two parties progresses to the next stage of the enforcement process.

Speaking on this, Cllr Quinlan said: “This has been a long time coming. The hotel closed five years ago and the negative knock-on effect to the town’s economy is immense. Many secondary businesses relied upon it to spin off a high spending consumer base all year round. After the sale to the current owners, there was an expectation that it would have its doors open within months. That didn’t come to pass and we have been calling for this course of action for a long time. We have been more than patient and believe our actions are in pursuit of the common good.”

Many groups, both business and community, have been placing local officials under intense pressure for years in relation to what has been called an “eyesore” on the town, one that undermines the proud legacy it once held in the town and has been described as “the” issue for many people living in Tramore during the recent local and European elections.

The current owners dispute this assessment and as such no resolution could be found, leading to the serving of a dereliction notice on the property last year by Waterford Council, culminating in the initiative of the courts process.

Cllr Quinlan continued, “We now have to put our faith in the courts. I am delighted that Waterford City and County Council has taken the position that from here on out, we intend to fight to restore economically crucial assets across the City and County to operation again. This is not just a stance for the public good but is smart business. Those continuing to keep their doors open as well as those who are considering opening new businesses can be reassured that we will not stand over such inactivity where there is a need to see a revitalised local economy, especially as we have put years of work in since The Grand first closed its doors. It is a changed world and we must change with it.”

We expect further developments on this in the coming months.