McGrath: By-elections should be held before Christmas and general election in Spring 2020 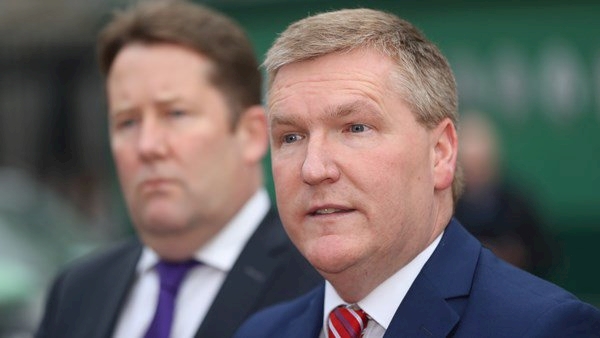 Fianna Fáil’s finance spokesperson Michael McGrath has said that the four by-elections for the seats of TDs elected to the European Parliament, should be held before Christmas and that the next general election should not be held until Spring 2020.

Mr McGrath told RTÉ radio’s Today with Miriam O’Callaghan show that Fianna Fáil is committed to negotiating a fourth Budget under the Confidence and Supply agreement and “to see Ireland through the early days of Brexit.”

The Irish people would prefer their public representatives to focus on the challenges ahead because of Brexit in the event of a “crash out Brexit” or a general election in the UK, he added.

The possibility of a recession because of Brexit remains a possibility, he warned so the forthcoming budget will have to be prudent.

When asked about the possibility of tax cuts he said that all depended on Brexit.

“We’re not in normal times.”

“There was little point in introducing tax cuts “on the one hand” and then to have to withdraw them some time later when the impact of Brexit hits,” he said.

“Tax cuts should not be a priority at a time like this.”

Fianna Fáil leader Micheál Martin had shown “extraordinary leadership” in committing the party the putting the interests of the country and its people first, added Mr McGrath.

“If the country was “staring down the barrel of a gun” with Brexit looming in early October then the Minister for Finance will have to allow for this in his Budget planning.”

Fianna Fáil will enter negotiations with Fine Gael “in good faith”, but they have not started yet, he said.

Significant resources will have to be identified for supports in the event of a no deal Brexit for sectors such as agri-food, indigenous manufacturing and for companies for whom the UK is their main market.

“The Minister needs detailed plans for key supports. So businesses will know what supports will be available to them.

“This is a very volatile situation.

“Other key areas such as insurance reform need to be implemented,” he added.

Ireland’s relationship with the UK needs to be protected at this “fraught time”. The fact that a telephone conversation between Taoiseach Leo Varadkar and British Prime Minister Boris Johnson did not take place for six days, was a cause for concern.