Bike scheme coming to Waterford in 2020 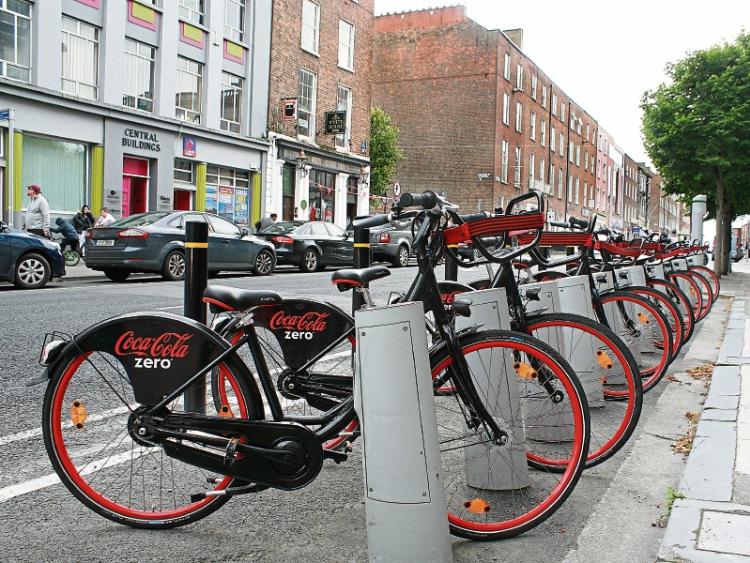 BIKE share schemes, which have already been wheeled out in Dublin, Cork, Limerick and Galway, are finally coming to Waterford next year. Director of Services, Roads, Water & Environment at Waterford City & County Council told the Waterford News & Star that they are currently engaged with the National Transport Authority (NTA) on the introduction of the public bike share scheme for Waterford City, which is planned to operate on a model similar to that of the Coca Cola sponsored schemes in in the other major cities “and will hopefully be introduced into Waterford in the first half of 2020”.

“At the moment we’re working with the NTA’s consultants on the layout of the scheme for Waterford which currently is looking at 14-15 docking stations and circa 150 bikes spread across the city centre with a number of these running out towards the hospital, WIT and the industrial estate,” Mr Galvin said. “Details of the costs to customer have not yet been finalized but they should be similar to the other cities where people would be required to register for the scheme with a low cost annual subscription (currently €10) and it would see an emphasis on encouraging relatively frequent and short duration usage with the first 30 minutes free to registered customers and if similar to the other schemes, 50c for the next 30 minutes, €1 for the next hour and working up to €2 for each additional 30 minutes.”

According to Mr Galvin, there would also be an option available for a short term subscription for visitors, which due to the price per time period would not necessarily justify use on the Greenway.

“The distance people choose to travel and how long they keep the bicycle for would be entirely up to themselves and how much they wish to spend but they would be required to return the bike to a docking station at the end of the hire,” he concluded.

“We are still very much at the early planning stages for the project and we should have a lot more detail on the proposed scheme later in the autumn.”