GREEN FINGERS: Our love of blueberries 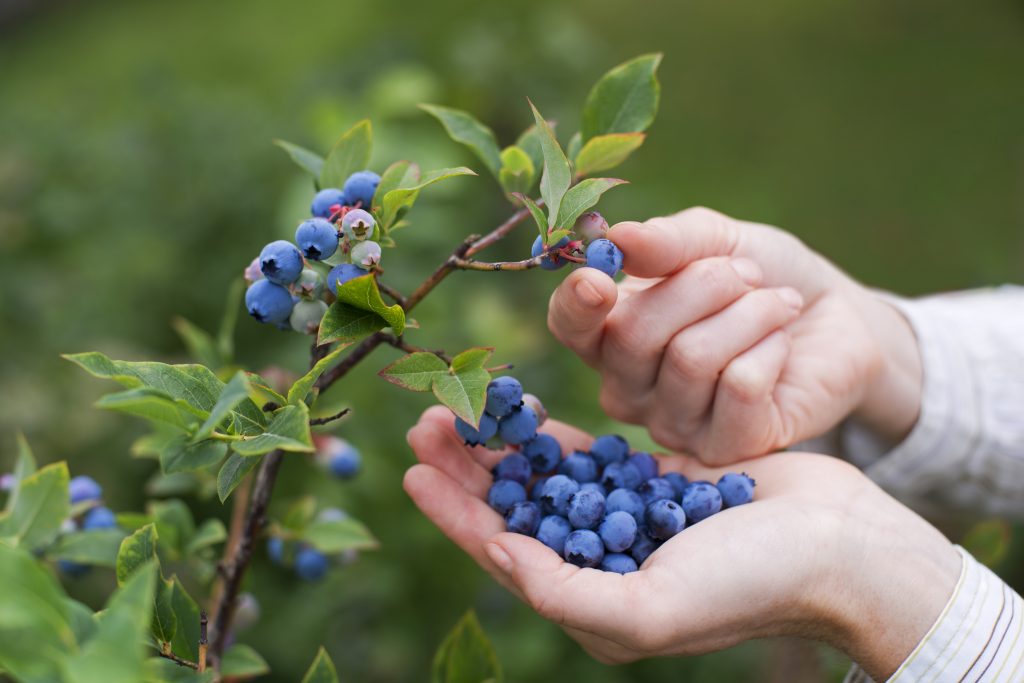 THE blueberry is a relatively recent addition to the selection of fruits we can buy almost all the year round.  It is not a new discovery but, rather a plant that our ancestors would have eaten during late summer while on their way foraging for food.

While Blueberry has an instantly recognizable name, it is only one of the many common names of that plant type which produces these juicy and tasty berries followed by good foliar autumn colours.

The various common names can change from country to country but, there exists an overlap because people, plants and animals supersede the more modern political boundaries. Some of the other common names for this popular plant include Farkleberry, Sparkleberry, Whortleberry, Bilberry, Huckleberry, Heatherberry, Whinberry, Blaeberry, Cranberry, Deerberry, Lingberry, Cowberry and our native Fraughan.

It is an ancient plant that spans many continents in one form or other, having over 450 species covering vast areas in the northern hemisphere including Ireland where it is called Fraughan.

It covers hillsides and in flat areas where it is moist, acid and often peaty ground and is picked from late July until September depending on the aspect of the area. In Maire MacNeill’s book ‘The Festival of Lughnasa’ there is mention of combing the hills in late July during the ancient harvest festivals.

The blueberries that we buy in the shops mostly originated from breeding and selecting the types that grow in the wilds of North America. The popular song ‘Blueberry Hill’ sung by Fats Domino

in 1956 shows it to be an important crop at that time, when in Ireland we were still leap years away from having the fruit available here.

All these plants need an acid soil and conditions similar to our native heathers that we see growing in the wild, and if you can give these plants as near to the same treatment, then you will be able to grow blueberries successfully. If you are lucky enough to have acid soil, which is one that can grow rhododendrons, azaleas and blue hydrangeas, then blueberries can be grown in the same soil type.

If your soil is limey or alkaline then you have to grow blueberries in pots around 60cm (2’) or larger and water with rainwater and feed with an acid/ericaceous liquid feed twice a month from May to September.

The positive thing about the blueberry is that it is relatively trouble free once you have set it up with the right conditions. They are very accommodating plants that look attractive from the spring with their bright foliage and waxy looking flowers, and then watching the fruit develop and mature over a long period which means a long harvesting time and then the final display of fiery autumn colours before the leaves fall.  While one plant is fine on its own, the addition of extra plants will increase the potential cropping and you can choose different varieties to extend the harvesting period.

Suitable varieties include ‘Herbert’, ‘Patriot’, ‘Duke’ and ‘Pink Lemonade’, which is an unusual pink berried fruit, and finally you might have to put a simple net over the plant to protect them from birds who find them equally delicious.

Growing fruit trees such as apples, pears and plums are a good way to have some fruit in season but, some years they may not crop well or at all and there is something you can do about that now.

Prune excessive new growth down to about 15cm (6”) and in addition remove all branches that are intertwined or too close to others  with the end aim of creating a more spacious and airy plant.

Remove any damaged developing fruit and put them in the compost heap or leave in an area away from the trees so that birds can eat them and not be tempted to return to the source.

Grass mowing has stopped for the moment but, running the mower without the collection bag will keep the area neat and provide some mulch for the grass.