Average of 129 motorists have cars clamped in Dublin every day 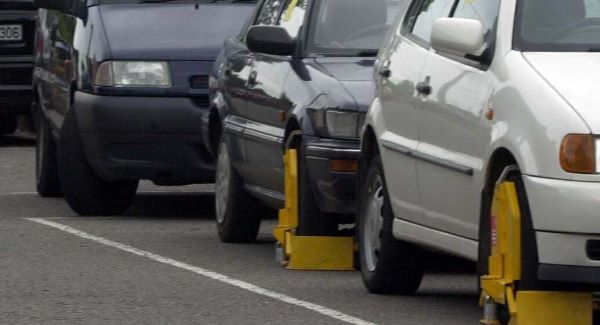 On average, 129 motorists are caught out by clampers in Dublin city every day.

New figures show that Mespil Road remains the top blackspot for illegal parking on the streets of the capital.

The numbers show that between January and June, 416 vehicles were clamped at the location.

Ranelagh has emerged as a new clamping danger zone with 320 in the first half of this year, compared to only 35 over the same period last year.

The Irish Times reports that a total of 23,383 vehicles were clamped in the capital in the first six months of the year.

The AA’s Director of Consumer Affairs Conor Faughnan says it seems to be a southside phenomenon.

“The single most common spot in Dublin to get clamped is Mespil Road along the banks of the canal near Baggot Street.

“I think it’s one of those locations that if there are matches on in the stadium [the Aviva Stadium], people get caught out.

“A lot of people use the hotel along the road there. It just seems to be a hotspot.”