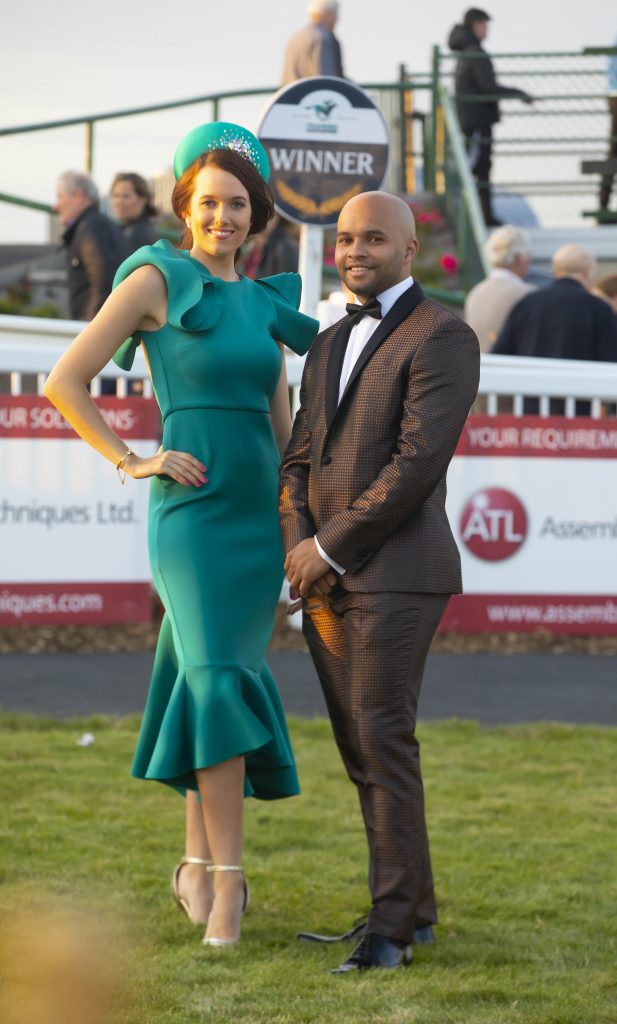 IT WAS style for miles as the crowd continued to surge in through the gates of Tramore Racecourse all day last Saturday for the annual Style Evening as part of the four-day August racing festival.

Hopefuls registered all day in hopes of winning the top prize, which included a €1,000 voucher for Redlane for the ladies or a €1,000 voucher for TRM Waterford, together with a Waterford Crystal prize, a luxurious stay in the newly renovated Tower Hotel, Waterford, and a Blackwater gin goodie bag. Four female finalists and four male finalists were chosen but ultimately there could only be one winner in each category and Áine O’Malley from Newport, Co. Tipperary, and Ryan Hyland from Belfast walked away with the titles of Most Stylish Female and Most Stylish Male.

Judges fashion-savvy rugby commentator Brent Pope and former Miss Ireland Aoife Walsh commended the effort and originality of the outfits on the day in Tramore. Aoife Walsh was particularly looking for “something elegant, with a personal touch and very individual, someone who wasn’t afraid to stand out from the crowd with pops of colour”. There was certainly lots of that in the racecourse on Saturday with a refreshing and surprising trend of high street dresses, in some cases head pieces from AliExpress and handbags from Ebay.

The emphasis this year really was on original and eye-catching outfits as opposed to hefty price tags. The clear showstoppers though were those who thought outside the box with their headpieces, with many entrants turning to milliners or indeed, many entrants being milliners themselves; including the winning lady Áine O’Malley who wore an Asos dress and her own design headpiece. In a cautionary tone, Brent Pope said that the men had “let us down a little bit”, preferring if they had “splashed a bit of colour” or “experimented a bit”. His decision was made on his desire to see “classy tailoring and an individual approach to accessories”, which is what saw visitor to Tramore, Ryan Hyland, walk away with the Most Stylish Man title in a tailored suit from Next. Waterford FC General Manager Jack Power was named finalist for his classy ensemble.

All finalists, including Tramore’s Carmel King Spillane who dazzled in a cerise pink from Brown Thomas, walked away with Blackwater gin goodie bags.

At the annual Dan Cowman race, Anna Cowman commented that “under new management, Tramore Racecourse is going from strength to strength”. Owen Byrne was at the helm for this August race week, having taken the reins from Sue Phelan towards the end of 2018. Evidence of new ownership is seen throughout, from the refurbished Inside Track Bar, an array of new dining options, and a new self-sufficient reservoir; all which take Tramore Racecourse up to the next level, where the surf definitely meets the turf.

Danny Mullins reminded us of the strength of the racing circuit in Tramore following his well-received win on Sneaky Getaway. “In fairness to Tramore, they have provided fantastic ground which is suitable for any horse. We hope they don’t move flat racing in Tramore from here.”

All ages and all styles were applauded on Saturday and from the audible flutter of the racing flags on Main St, to the clacking of the many heels en route to the racecourse, Tramore was a united town on Saturday with the men advised to bring just a little extra pop of colour next year; for this year, the ladies have claimed the upper hand.