Kirsten stays true to herself during whirlwind Rose year

AFTER a whirlwind and eye-opening year, packed full of charity work, travel and adventure, Waterford’s Kirsten Mate Maher was content to hand over her glittering tiara and silk sash to the 2019 International Rose of Tralee.

Speaking to the Waterford News & Star last week, prior to attending a dental appointment to have her braces removed, Kirsten said the year has flown. She had no expectations whatsoever of the year that was to come following her crowning in 2018.

“I was very shocked and surprised that I had won,” Kirsten explained. Having sent chills down people’s spines when she sang Nina Simone’s ‘Feeling Good’ for her party piece, a shocked Kirsten broke down in tears as Daithí O’Shea announced that she was the winner.

Kirsten was the third mixed-race and first Irish-African rose to have won the Rose of Tralee. A deserving winner, Kirsten has taken the ups, the downs and everything in between in her stride and has remained true to herself.

Extremely proud of her roots, Kirsten who is half Zambian and half Irish, made it her business to attend a Zambian event in Dublin the day before embarking on her first international trip to Kolkata, India with The Hope Foundation last October.

“I’d never been to India before,” she explained. “I worked with street and slum kids, went to children’s home and worked with kids who are HIV positive, which is heart-breaking. I was in my element as hard as it was to watch them. It goes to show that all kids are the same no matter where they are from. I was outside with a group of them and they were mixing up potions. I was doing that in my Nan’s garden when I was their age.”

During the second leg of her international charity efforts, Kirsten travelled to Belarus in February with Adi Roche’s Chernobyl Children’s International. The Indian trip helped somewhat in preparing her for the trip to Belarus in which she and her group visited orphanages and cared for ill children, she added. Despite the tough circumstances, Kirsten said it’s a trip she’s keen to commit to again this year.

There were plenty of other trips abroad with her ‘Rose family’, including a visit to Frankfurt to turn on the Christmas lights.

In March she undertook a trip of a lifetime in the United States, starting off in Austin and finishing up in New York, where she was joined by her boyfriend Cian for a few days.

“The friendships that I made were the best thing. I wouldn’t have been able to get through the year without my Rose family,” the Mullinavat native said.

“People think it is all glam but you do have your personal life to juggle with it. It is surreal but I have a great boyfriend and family,” the Mullinavat native said.

Despite her instant fame she tried to carry on with her normal life as much as she could. She continued to work with both Redlane and the Prima Model Agency.

“I relied heavily on my normal routine. At the end of the day I’d like to stay the same person that I am and not to change,” she said, adding that the Rose experience has helped her grow up and opened her eyes to many things.

Kirsten relished in her role as ambassador for Pieta House and supported any charity she could including Deise Buddies and Teac Tom. Mental Health charities were her main priority after sadly losing her a friend to suicide last year.

As the Rose of Tralee, Kirsten highlighted the fact that society in Ireland is becoming more diverse and that there is no place for racism.

Unfortunately, she hit the headlines when days after being crowned she was subject to racial abuse at chipper in Kilkenny which was investigated by Gardaí, and later when she was verbally attacked online by US rapper Azealia Banks.

She said she doesn’t dwell on either incident and instead chose to rise above it all and “keep it classy”.

According to Kirsten she had a choice to use her platform for positive or negative and she chose to spread positivity.

“By giving these people a platform you are giving them a voice,” she believes. Kirsten described herself as a Kilkenny woman adopted by the Waterford people and she said the support was “unbelievable”, especially from the Waterford Rose Centre, whom she lavished praise on.

She was delighted with her homecoming and the Civic Reception which was held in her honour at the Mayor’s Parlour. She thanked local businesses including Fitzgerald’s Menswear for suiting up her dad and boyfriend in addition to Natural Beauty, The Tower Hotel, The Reg and the Kazbar among others.

Kirsten said she was content to pass her role onto the next Rose of Tralee at the Dome on Tuesday night.

After completing her final Rose of Tralee duties, Kirsten plans on taking a month off to get back to horse riding and normal life before trying her hand at a career in the media.

She will also be lending a hand in the search for the 2020 Waterford Rose and hopes her experience will encourage others to put themselves forward for this once in a lifetime opportunity. 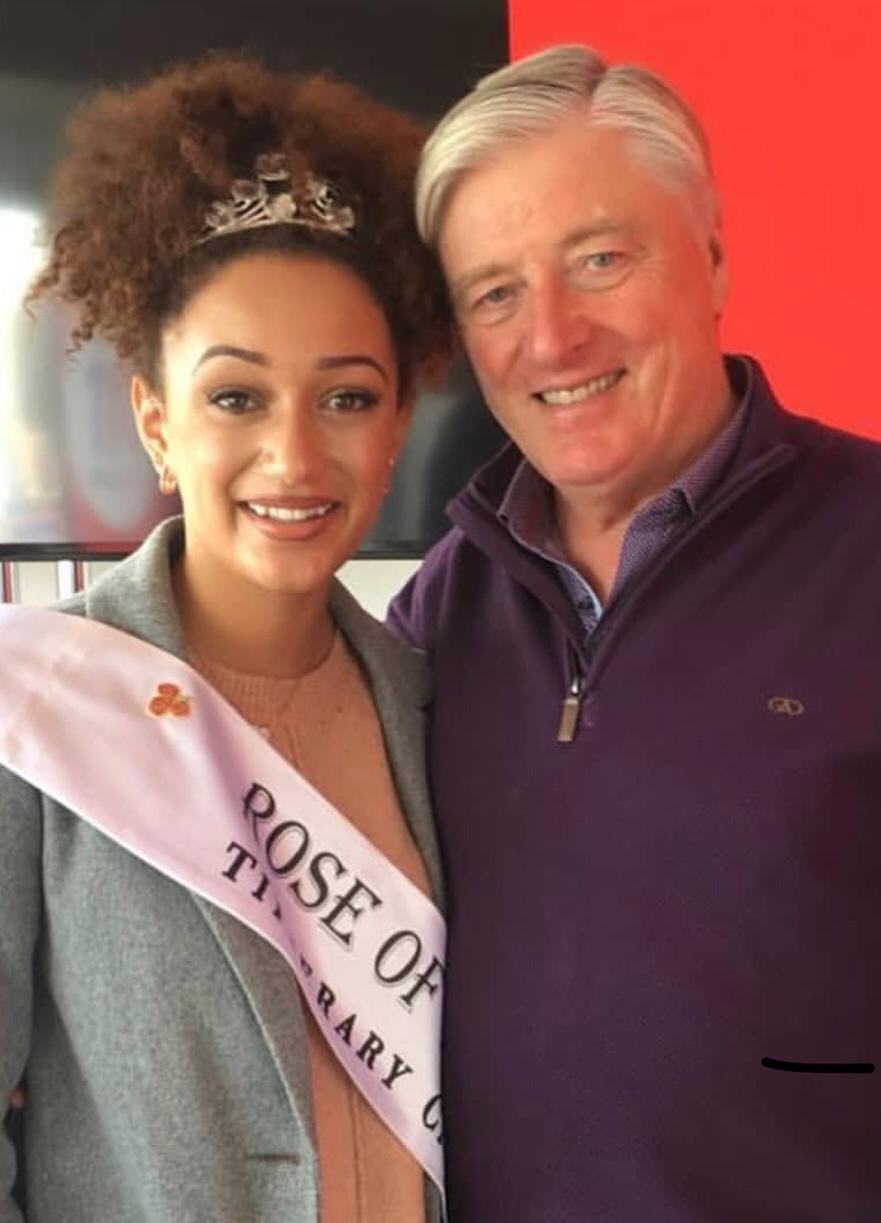 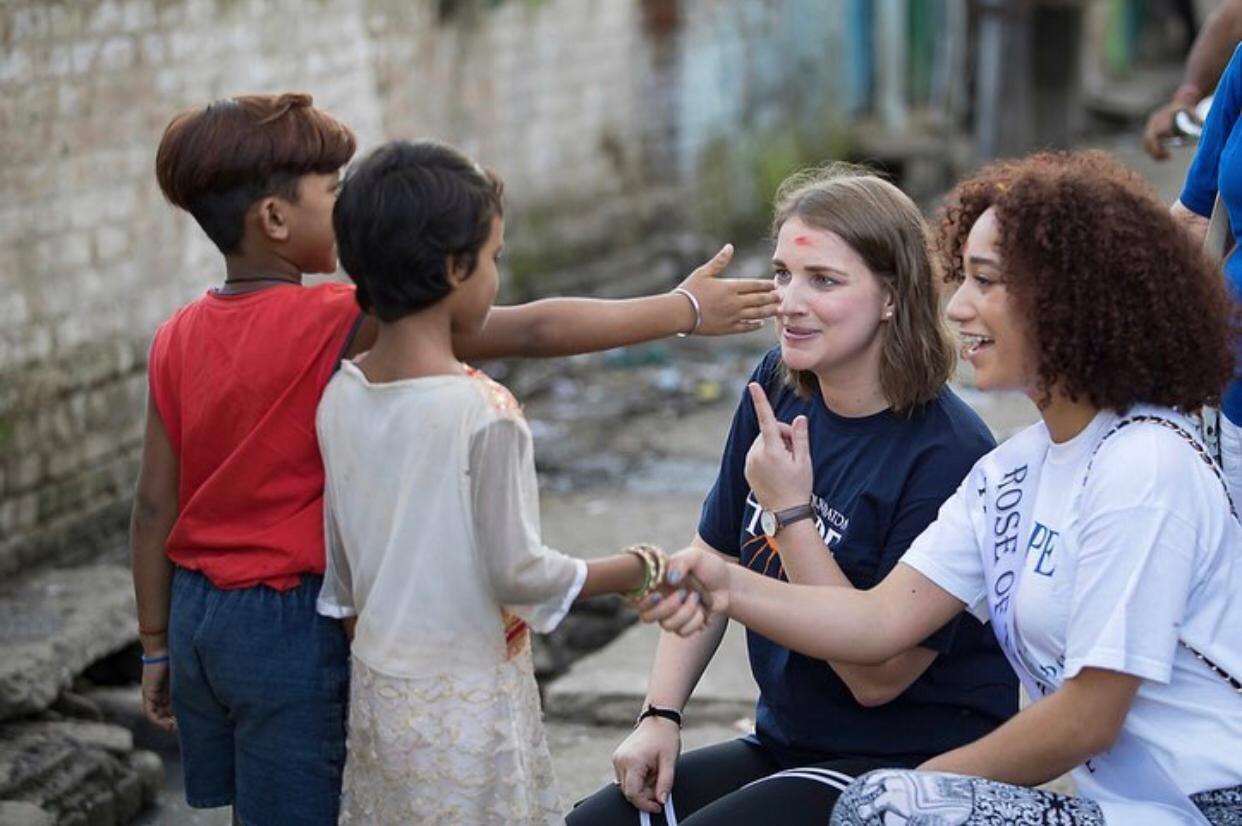 Kirsten Mate Maher pictured in Kolkata with The Hope Foundation.