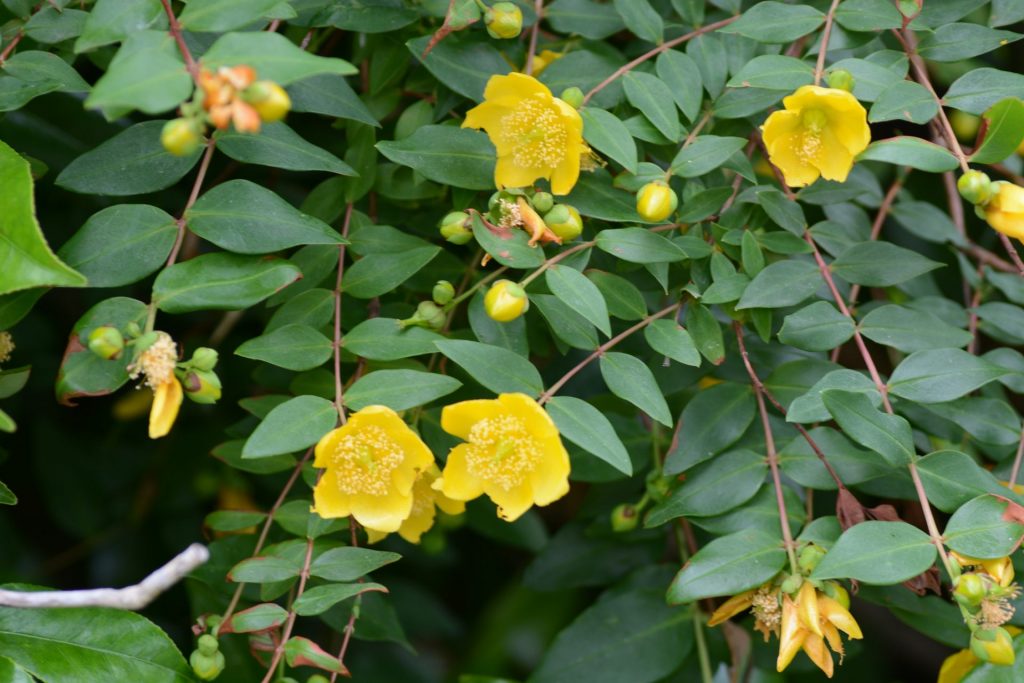 FOR most of us in Ireland, the spring, summer and autumn seasons are far too short, and we just want it to last a bit longer, as we really are not that ready for the winter. I suppose the trick for anyone who has a garden, is to extend the season as much as possible by having a few late summer flowering plants.

First of all we might look at shrubs that flower at this time, as they form the structure of the garden, are hardy and easy growing. The list of available shrubs is short as the majority have flowered in earlier seasons but there are a few obvious ones worth thinking about and they include buddleia, fuchsia, hydrangea, hypericum and potentilla. Some of these are quite common and that is because they grow well in this country and it would be a mistake to dismiss them while looking for something more exotic, which has already been done and they are not often seen as they die out after a short period of time.

The common name is the butterfly bush as they are very attractive to this insect as well as bees and other pollinating insects. The shrub and flowers are largish, growing to about 2m (6’) or more during the summer when it is in full bloom in shades of lilac, red, purple, pink and white. I do like these tall, majestic growing plants but there are smaller varieties available now which only reach 1-1.2m (3-4’).

This plant from the southern parts of Chile and Argentina loves our climate so much that it has naturalised in many parts of the country, especially coastal counties. There are now many thousands of different varieties but it is difficult to beat the original one called Fuchsia magellanica and its earlier selection called ‘Riccartonii’ for general planting. Other hardy varieties include ‘Genii’ (golden foliage and violet flowers) and ‘Tom Thumb’ (dwarf with rose scarlet flowers). The vast range of bedding and patio fuchsias might not survive all winters and are generally considered half hardy.

I have written about hydrangeas recently so will only make a few further comments on these long flowering shrubs.  The colour range varies in shades of pink to purple and some colour blue in acid soils but the colours can change depending on the weather during the growing season. Therefore, in many varieties the colour you obtain may not stay the same every year but, for all that, they are a mainstay of the summer into autumn flowering period and worth having in any garden.

The loose common name for this shrub is ‘Rose of Sharon’ and one of the best is the variety called ‘Hidcote’, which is a medium growing evergreen with golden-yellow, saucer-shaped flowers from  July until October and a first class plant for any garden.

This is a native plant growing over a large region including Ireland, and it is very tough, tolerating moist, dry, heat and cold conditions and flowers from May until October. The native species has yellow buttercup flowers and all the subsequent selections come in shades of yellow, pink, red and white.  The plant can look a bit dead in the winter but that is not much of a handicap as it makes up for this by the long flowering period with masses of blooms.

I should think there is always some space for a few more spring flowering bulbs and the planting season has just started. The most popular are the taller daffodils, tulips and alliums which can reach around 60cm (2’) but there are many smaller ones like snowdrops and crocus around 10cm (4”) which suit planting near deciduous shrubs and odd corners.

Growth has been rampant recently and garden plants have far outstretched their allotted space, and while it is a shame to cut off these long shoots, it has to be done, otherwise your garden will be overgrown in no time.  I would include having a go at getting rid of any bindweed and briars that have sprung up from nowhere. Unfortunately this task appears to be an annual operation for many of us.