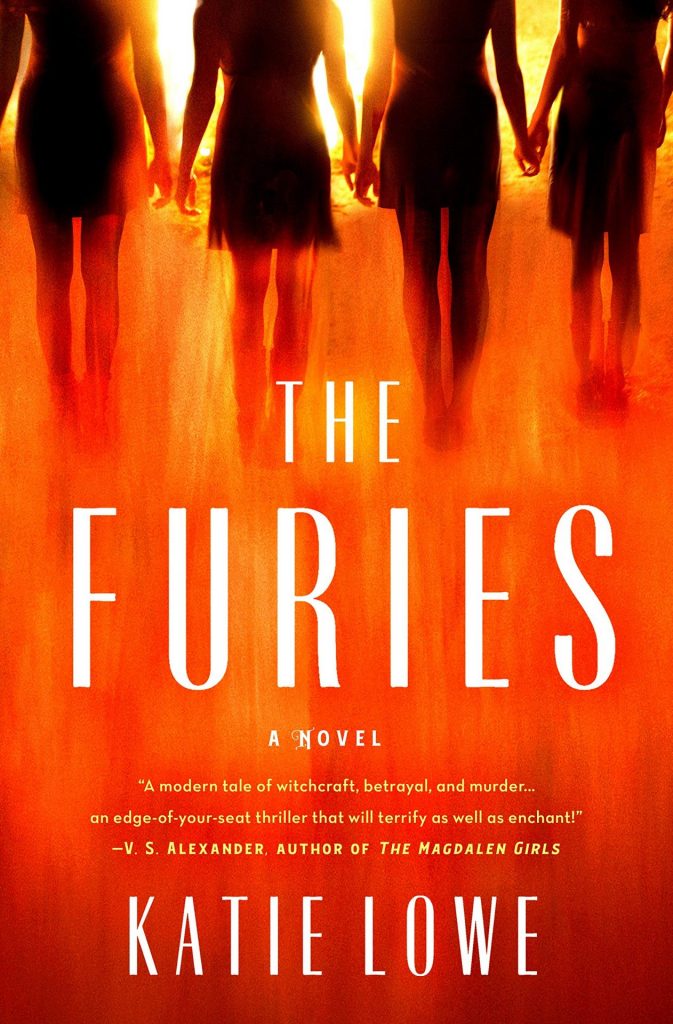 In 1998, a 16-year-old girl is found on a swing, her ankles delicately crossed and her body frozen forever in a position of beauty and innocence.

That morning, as she had hugged her mother goodbye before school as normal, there was no evidence of rape and no unexplained marks or prints on her body. It seemed as though this girl had just…died.

Yet this death rose up from a town notable only for its bleak heaviness. Train tracks that stop in the town, roads that peter off until they become nothing, a stone mermaid facing the sea with her face weathered and inconclusive and a heaviness that doesn’t lift. Enter Violet.

Violet has lived in this town all her life, yet her life by her own admission was blurred and without meaning before she turned 15. She had a sister, who was “possessed, her whole life, with a look that suggested she knew more than she let on, little keeper of secrets”.

A car accident claimed the lives of Violet’s sister and Violet’s father, and despite the heavy insurance payout, Violet and her mother continued as normal, with Violet transferring to a local private school and her mother cracking under the weight of wine bottles, liquid confetti littering the living room floor.

Elm Hollow Academy was a vision, an almost spectral hulk rising from the ground, lines of schoolgirls crossing the halls and a past screaming of witchcraft and burnings still palpable.

Violet is rapidly caught up in an unexpected whirl of acceptance by a “clique” of girls; Alex, Grace and Robin.

They steal lipsticks, nail polish, they drink red wine until their skin is tinged pink by the forbidden liquid; they take little white pills, dissolving on their tongue in a delightful synchronicity with the dissolution of their innocence.

They thrill seek, they explore each other and they dabble in a magic so dangerous it takes on a beautiful hue of temporary youth.

This temporal hue glows from the four girls; their beauty and the potency of their youth is infectious, enviable and dangerous; anyone who feels the heady invincibility of seemingly eternal youth has no regard for consequences and that threatened loss of control is a fingertips brush away.

Katie Lowe has written an incredible book, I instantly felt fifteen and the pangs of that eternal youth yawning in front of my 15-year-old self were so violent that I regularly closed the pages, perhaps out of self-preservation.

There is an acceptance in these pages, an out-of-control wildness barely caged within the confines of their friendship, the very idea of these girls attending school and class so alien to the freedom exuded by them. Yet, Katie Lowe addresses the dangers of such an intense friendship, violence at home is suggested yet not discussed in this group, deaths at home are not spoken of in a healing way but as a means to bond through like-minded atrocities.

This friendship is wonderful and distracting and the savagery tearing through it is an outlet, a distraction but not a soothing balm for the pain.

For me, this book echoed the 1996 film ‘The Craft’ and that is perhaps why I enjoyed this so much. However, I feel that the author took on a little more than she could deliver; the scenes were over-described, the characters and conversations initially moved too rapidly and the scene was barely set before the reader was flung into mounting drama.

I didn’t feel the momentum that was needed here and the author tried very hard to build sinister and disturbing, yet it fell short of the mark.

That being said, that was very enjoyable, for the toxicity of the friendship and as an exploration of society more than the other elements of the plot.