“We’ve no Liam MacCarthy to show off,” a local sighed to this reporter as I strolled through the heavily populated Iverk Showgrounds on Saturday, August 24 . “Well you should come to my side of the river,” I intoned wryly. “We’re 60 years waiting for our next one!”

The post-mortem into 14-man Kilkenny’s 14-point reversal to Tipperary proved an even bigger talking point than the show’s adult ticket price increasing to €15, a sign of these insurance heavy times.

The thing is, though, I hardly met anyone in Piltown who grumbled about the new price.

As usual, one suspects those who lamented the pricing most vociferously on social media probably never intended to attend the show anyway.

The thousands who did attend the 193rd edition of Ireland’s oldest agricultural show clearly enjoyed the trip to what is for countless households in Waterford, South Kilkenny and South Tipperary, an annual pilgrimage.

The glorious sunshine matched the mood of the masses who flowed through in huge numbers and in great humour between midday and 3pm in particular.

While the general public was filing into the show, many of those who’d competed in the Fruit & Vegetable and Flower sections were already on their way home, having arrived good and early to get their wares most suitably displayed.

Their rosette earning work for another year was done; thoughts turning to 2020 and the hope that a more benign spring this time around would lead to improved flourishes come the 194th show. All things going to plan, there’ll be bigger pumpkins on display next year.

Champion athlete and local resident Joe Gough (West Waterford AC) was on hand to formally get things underway. “It was a great honour and surprise for me to be asked to officially open the show,” said Joe, the reigning World Masters Athlete of the Year.

“It’s an event which is close to my heart, both as a local and given my family’s honey business, Mileeven, which is literally up the road from the showgrounds in Owning. We’re 31 years in business, – it’s run by my wife Eilis and our daughter Sarah – so we’ve a long association with the show both as locals and as food producers. It was fantastic to see such a great turnout for the show and I am so thankful to Robert Dowley and his fellow committee members for affording me such a wonderful honour.”

Show Chairman Robert Dowley was thrilled with the success of a show which occupies the most long-standing place in the region’s agricultural calendar. Speaking to the Waterford News & Star at the Irish Angus Bull Calf Championship arena, Mr Dowley said: “It’s been an absolutely superb day but in fairness the sun always shines in Iverk! It’s like this: if we have rain, families won’t come out so the weather plays a huge role in driving the success of the show and conditions couldn’t be better today in that respect.”

Entries across the show’s multitude of categories were also a source of great satisfaction for Robert. “We’ve over 100 Angus entries alone this year which is absolutely phenomenal; we have 50 German Angus breeders over looking at the competition here. Across the board, entries are as good as ever; the crowds here today are phenomenal and the traffic has flowed really well. We’ve got a fantastic committee here; we have over 250 volunteers at the show here today and only for them, none of this would happen so smoothly. I’m the captain of the ship, but they’re the guys that put in the work and get it done.”

The Show’s enduring appeal is a just source of pride to everyone who plays their part, year in, year out, according to the Chairman. “This show will only wane once the community spirit goes out of it,” Robert Dowley stated. “And I believe that sense of spirit is only getting stronger. We’re getting more people volunteering and helping at the show and as long as that remains, I think we’ll be here for the next 193 years!”

While there’s no doubting the significance of the Show’s competitive edge (with almost €57,000 in the cattle section prize pot and a combined total of 74 classes taking part in adult and schools’ arts and crafts), fun is at the heart of Iverk’s ongoing success.

And once the cattle classes had been completed, the bull arena staged a much-loved annual favourite – the tug of war competition – which nowadays is primarily a light-hearted affair, aided and abetted by judge and MC Tony Coffey of ‘Bachelors in Trouble’ fame.

“This is my fifth year doing the judging and Christ, it’s great fun,” said the mid-Waterford man, bedecked in his customary long jacket and ‘Bachelors’ accoutrements. “There’s no-one taking it too serious and sure that’s half the craic of it. We’d a team of women up there pulling and I was delighted that they came in third. There’s no big special type of shoes being used by any of the teams here like the serious teams would have at other competitions; you can pull away in your sandals if you like. ‘Tis all about fun here and that’s why they asked me to do it, for a bit of light entertainment. And sure if somebody falls in the ground, so be it, sure leave them fall away. Sure they were rolling in cow shit up there at one stage and I couldn’t do anything about it! You see, the heifers were after being in the ring before them there, the Aberdeen Angus, and sure I didn’t mind!”

When asked if he was at his best performing in a bull ring, a laughing Tony replied: “I’ve been in heifers’ rings too – I’ve been in a lot of ‘quare’ places! The committee asked me five years ago if I’d like to do the judging and then they gave me a stand here in return. But the committee here are great; it’s a huge affair here. Everything happens in Piltown, doesn’t it? And sure we ended up with nearly 80 children having a pull after the grown-ups were finished; you had 44 on one side and 33 on the other and sure they all got sweets after it and they were delighted – the jar of sweets was gone in five minutes! And they’ll come along next year now knowing there’s sweets after the tug of war. ‘Tis only a bit of fun, and sure we can never have enough of that. I’m 27 years coming to the show and the amazing thing about is they don’t ever seem to get a wet day. Now I remember a lot of people said they were foolish to move it from the Thursday when a lot of schools used to end up getting a half day to go to the show, but moving to the Saturday has been a huge success – just look at all the kids here today with their parents and their grandparents – and they’ll come again next year. And the chances are when they’re adults and have kids of their own, they’ll still be coming to Piltown.”

Speaking of fashion, Jean Cusack was named as the show’s Most Appropriately Dressed Lady, winning one night’s dinner, bed and breakfast at the five-star Merrion Hotel in Dublin, along with a €400 voucher for the Louise Kennedy Store in Merrion Square.

The one voice everyone attending the Iverk Show is guaranteed to hear is that of Pilot Conway, who once again took his place with the public address microphone in tow just outside the showgrounds’ pavilion. “I’ve been doing this for 26 years, including today,” said Pilot, a well-known face on both sides of the Suir. “How I got the job was that the late Patsy Coffey had passed away; the committee asked me would I give it a go and I’m here ever since, and I’m enjoying it as much today as I ever did.”

When asked where the 2019 show ranked, Pilot replied: “This is one of the best ever and even though the admission fee went up, it didn’t seem to have any negative effect on the crowds coming in here today. When the price had been the same for so long, sure you were bound to have a few people taking issue with it but you have to move with the times; the entry for every other show in the country has risen so why not Piltown?”

Pilot added: “Sure we’ve people who travel from far and wide every year – Wexford, our neighbours in Tipperary and Waterford and from as far north as Fermanagh. It’s the main agricultural attraction down south – our 193rd show today – and hopefully I’ll be around for show number 200!”

Taking up his position at 10 that morning, Pilot was on the microphone until 6pm when the raffle results provided the traditional close to a packed day’s proceedings. “If I was getting paid by the word, I’d be a wealthy man,” he grinned. “I could nearly buy the show!”

Should all be as it ought to be a year from now, Pilot and thousands more will return to Piltown for an occasion that showcases Rural Ireland at its best. Of course, whether Liam MacCarthy will return to such familiar South Kilkenny surrounds remains to be seen! 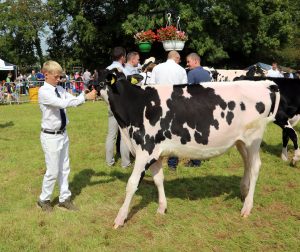 The Cattle Section at this year’s Iverk Show attracted a huge entry, with a total of €56,500 in the prize pot. Photos: John Power 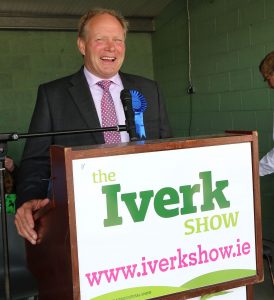 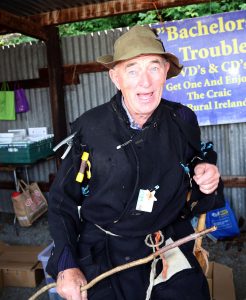 Tony Coffey of ‘Bachelors in Trouble’ who also judged the Iverk Show’s Tug Of War competition. 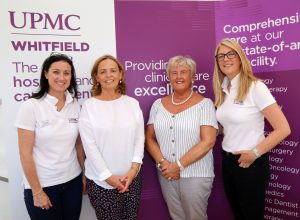 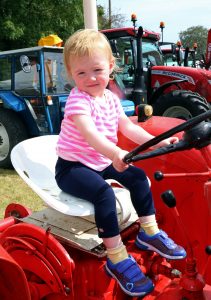 Aveen Grennan looked at home behind the wheel! 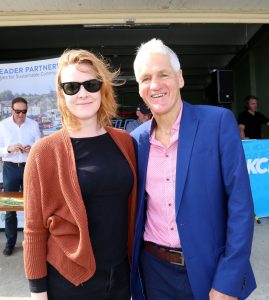 Shona’s design for a small business in the Deise Gaeltacht