Sobowale named in U-18 squad for Swedish trip 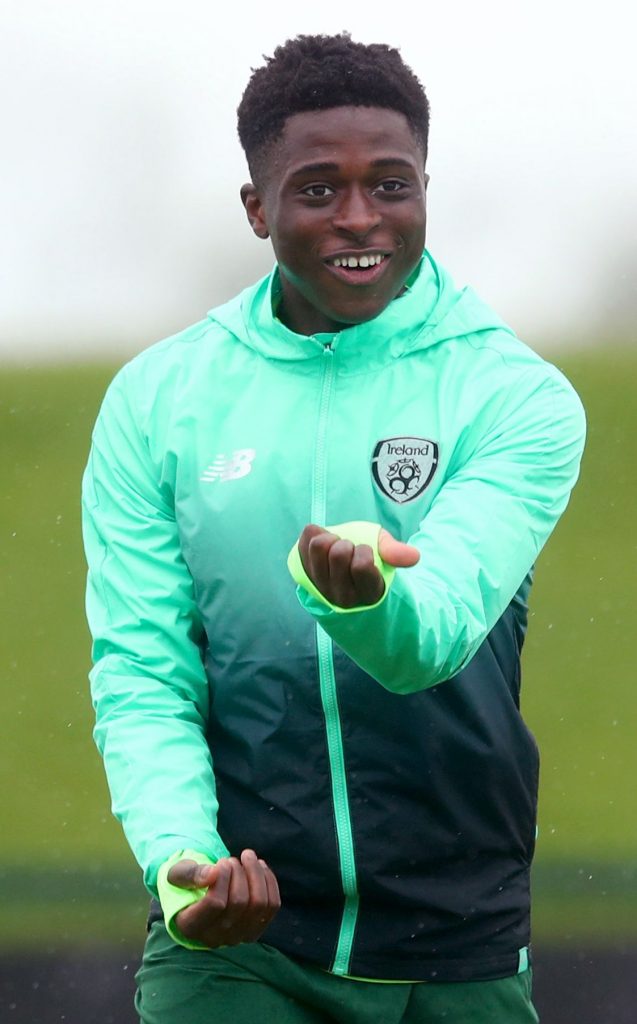 Waterford native Timi Sobowale has been included in Andy Reid’s Under 18 squad for a three-game tournament in Sweden. Photo: Inpho.

After playing a role for the Republic of Ireland in the recent UEFA European Under 17 Championship finals held in Ireland back in May, Waterford native Timi Sobowale has been included in Andy Reid’s Under 18 squad for a three-game tournament in Sweden that gets underway on Thursday.
Sobowale, who scored for Ireland in their 1-1 draw with Belgium in the finals, is currently playing with Manchester City and has impressed whilst playing for his country in recent games so he’ll be happy to get his chance once again.
Reid’s men will make the trip to Sweden today (Tuesday) ahead of their opening game against Austria on Thursday before facing the hosts on Saturday next and they’ll end the competition against Norway on Monday next, September 9.
Sobowale is one of the 20 players included in the Irish squad where he’ll be hoping to put in some more good displays, with the squad seeing first-time call ups for Oxford United’s Nico Jones, Sunderland forward Cole Kiernan and Norwich City’s Tony Springett.
Speaking ahead of the camp in Sundsvall, Reid said: “This is a great set of fixtures that we’re heading into and we’ve got an exciting squad that will compete against Sweden, Austria and Norway. They should be close games and they have good quality in their teams regardless of their level.
“We have players in the squad who accounted themselves well in the Under-17 Championships but they will be looking to prove themselves again and it’s up to them to do that. The Under-18s is about preparing those players for the next level as well as looking at players new to the set-up such as Tony Springett, Cole Kiernan and Nico Jones – this is all part of the development of the players to help the new lads.
“It’s a great opportunity for the players to further their development. Denis Hyland and I have the experience and we’ll look to share that with the squad. If they buy into what we are doing they’re going to come out it for the better.”